When Ransome visited her primary care doctor for an annual physical, the results of her bloodwork were alarming. She was advised to see an oncologist right away. (Chris Clark | Spectrum Health Beat)

Doctors helped Ransome determine that a bone marrow transplant would be her best option. Her brother, Joe, stepped up to be her donor. (Chris Clark | Spectrum Health Beat)

Ransome underwent bone marrow transplant on Jan. 12, 2021. “It was easy for me,” Ransome said. “Not so much for my brother. For me, it was like a blood transfusion.” (Courtesy photo | Brittany Ransome)

These days, Ransome is diligent about staying hydrated as part of her care. And she’s back to enjoying peaceful walks with Brittany along the Rogue River, near her home. (Chris Clark | Spectrum Health Beat)

Ransome’s husband, Bill, agrees that her positive attitude has played a big role in her recovery. “Don’t let something like this get the best of you,” she said. (Chris Clark | Spectrum Health Beat)

In 2020, toward the end of summer, Colleen Ransome, 65, began to notice bruising on her legs.

She felt tired, too.

“But I figured that was because my sleep was interrupted,” Ransome, of Belmont, Michigan, said. “I had a senior dog, 17 years old, so I was getting up during the night to let the dog out.

“I thought maybe that was why I had a lot of bruises showing up, too. Bumping around in the dark, you know.”

She also rationalized that her medication, a blood thinner for a previous blood clot, contributed to the bruising.

But when she visited her primary care doctor at Spectrum Health for an annual physical and blood draw, those easy explanations fell away.

“I am otherwise a heavy sleeper, but that late-night call woke me up,” she said. “My doctor was alarmed at the results of the blood work. He wanted me to go see an oncologist right away.”

A Spectrum Health oncologist soon reached a diagnosis: acute myeloid leukemia, an aggressive cancer of the blood and bone marrow.

“It all happened so fast,” Ransome said.

Acute myeloid leukemia typically begins in the bone marrow, but it can also spread quickly through the blood and affect other organs. The disease causes bone marrow failure and the production of abnormal white blood cells. These cancer cells are called myeloblasts.

Overall, this type of cancer is relatively rare, affecting about 20,000 adults in the U.S. each year. It accounts for about 1% of adult cancers but nearly 2% of cancer-related deaths.

Ransome was born at Spectrum Health Butterworth Hospital in 1957. She didn’t expect to return there at age 63, seeking life-saving treatment.

“AML is a very aggressive, high-risk leukemia,” Dr. Brake said. “We had to start treating Colleen right away.

“Conventional chemotherapy was not enough,” he said. “Statistically, that can lead to a relapse in six to 12 months. Colleen needed to be hospitalized for induction therapy, so that we could get her into remission long enough for a bone marrow transplant.”

The treatment caused Ransome’s hair to fall out.

“And I was very tired,” she said. “But otherwise it wasn’t too bad. I walked laps around the hospital floor—four to six every day—to try to push through it.”

Doctors discharged her from the hospital on Nov. 6, 2020.

She then met with a number of collaborative doctors on the team to ensure she could go through the bone marrow transplant without complications.

“I met with an allergist, because I am allergic to penicillin and sulfa,” she said. “I met with a physical therapist to test my strength after the treatments. I met with a pulmonologist, a cardiologist, a gynecologist.

“And I even met with a dentist, to be sure my teeth and gums were healthy enough,” she said. “And I had a bone marrow biopsy.”

Doctors helped her determine that a bone marrow transplant would be her best option.

A bone marrow transplant, or stem cell transplant, is a procedure that uses healthy, blood-forming stem cells from the donor to replace the recipient’s damaged or diseased bone marrow.

“Colleen didn’t go into remission after the first induction chemotherapy,” Dr. Brake said. “She had to undergo a second induction to get her in complete remission before we can perform the stem cell transplant.”

While that aspect of treatment continued, Ransome’s brother, Joe, stepped up to donate his bone marrow.

“We collected donor cells from Colleen’s brother and cryopreserved them at the blood bank until she was ready,” Dr. Brake said. “Her brother was a perfect match. All the markers matched for the siblings, except for blood type. We then admitted Colleen to the hospital to condition her for the transplant.”

“It was easy for me,” Ransome said. “Not so much for my brother. For me, it was like a blood transfusion.”

“That can take two to three weeks,” the doctor said. “For Colleen, it took until Jan. 25.”

That’s when daily blood tests finally showed the new stem cells were working properly and beginning to rebuild the immune system. Doctors discharged Ransome from the hospital a day later.

‘Keep your sense of humor’

By January 2022, Ransome had good reason to feel plenty of hope.

“I hit all my milestones, all up to my one-year celebration when Dr. Brake congratulated me,” she said.

These days, she’s diligent about staying hydrated as part of her care.

“I have to drink lots of water for my kidneys and liver—as much as 80 ounces a day,” she said.

Ransome laughed when she mentioned the water intake.

“I always know where the bathroom is,” she said. “But I’m healthy now. I have gone from taking 14 prescriptions to two. I’ve lost 40 pounds over all this time.

She’s back to enjoying peaceful walks along the Rogue River, near her home. And she’s also planning to visit her grandchildren, who she couldn’t see during her illness.

Her positive attitude has played a big role in her recovery.

“Don’t let something like this get the best of you,” Ransome said. “Keep your sense of humor.” 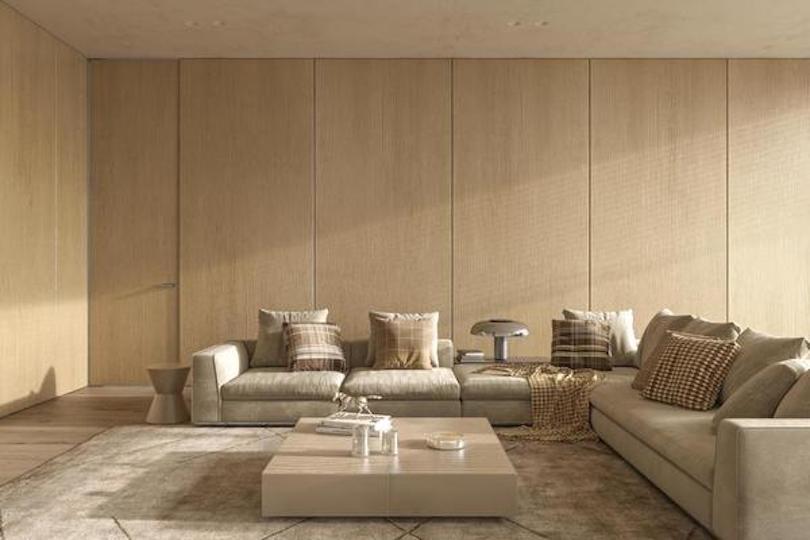 Previous post Living Room Trends 2023 To Jazz Up Your Home