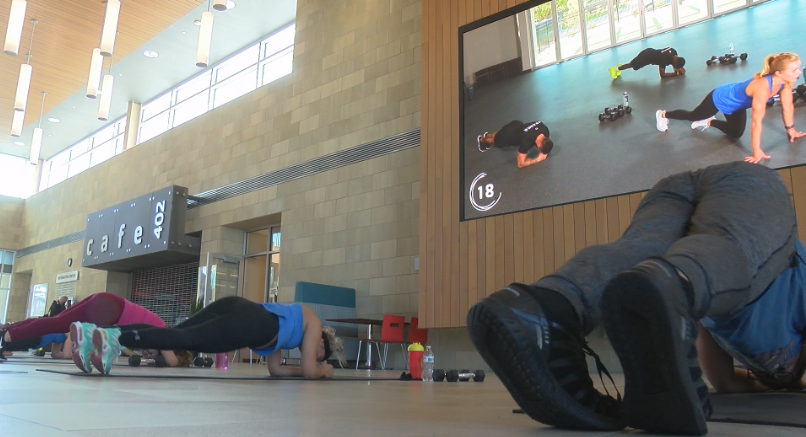 WICHITA, Kan. (KSNW) – It’s been about a year since the Greater Wichita YMCA closed the doors of its ten branches while leaders figured out how to maintain a safe, clean environment during a pandemic.

During that time, leaders put up a few online workout videos and garnered one million users in three weeks’ time.

Despite being holed up at home, it seemed people had a new appreciation for health and wellness.

“The idea is to bring the people, places, and programs of the YMCA to life, right?” said Ronn McMahon, president and CEO of Greater Wichita YMCA.

This eating habit could lead to premature death, study finds

Even when the Y officially opened back up, McMahon says some members had personal reasons for not wanting to come into the gym.

Thus, the Y360 app was born: a nationwide network of fitness videos, cooking videos, and even kids classes, all on an app available to members.

“This is where the world is right now, and we want to be there for people as well,” McMahon said.

The app is seen as a 21st-century solution to a very 2020 problem, but the app will stick around past the pandemic’s end.

YMCA member Shannon Bohm of Wichita works and travels a lot. She used to attend yoga and Pilates classes before COVID but has since come to enjoy that the Y360 app works on her time.

“I found it to be something I really enjoyed, and it was easy for me to do during my lunch hour because I work, or right after work. So I continued to do that and I have since then,” Bohm said.

Bohm says, the app does not replace the Y, it simply adds the fitness on-demand portion to the perks of being a member.

“Sometimes in my office at the end of the day, I’ll do some of the meditation or the deep breathing (videos)…it helps lower the stress level so I can go home,” Bohm said.

In addition to fitness on demand, the Y360 app also provides a contactless way to check-in at their branch locations by simply scanning a member’s digital barcode, instead of inputting member ID into a keypad.

Because the Y360 app is nationwide, videos in other languages are also available.

What if we told you that boosting your mood was a lot easier than you might think? In fact, it can be as easy as putting on a pair of special headphones and listening to soothing sounds or great music while you stimulate the vagus nerve! It’s true—this is what a vagus nerve stimulation device […]

Healthy eating habits are important for elderly people to prevent diseases, as well as manage chronic diseases or other health...

Alcohol and the workplace have always been an interesting combination. Back in the 1980s and prior, a lunchtime pint was...

SynoGut can be a natural way of protecting your overall digestive health. If you recurringly face bloating, constipation, stomach aches,...

Patrick Dempsey and Jack O’Connell both revealed their characters’ looks on the upcoming Michael Mann–directed film Ferrari while shooting in...