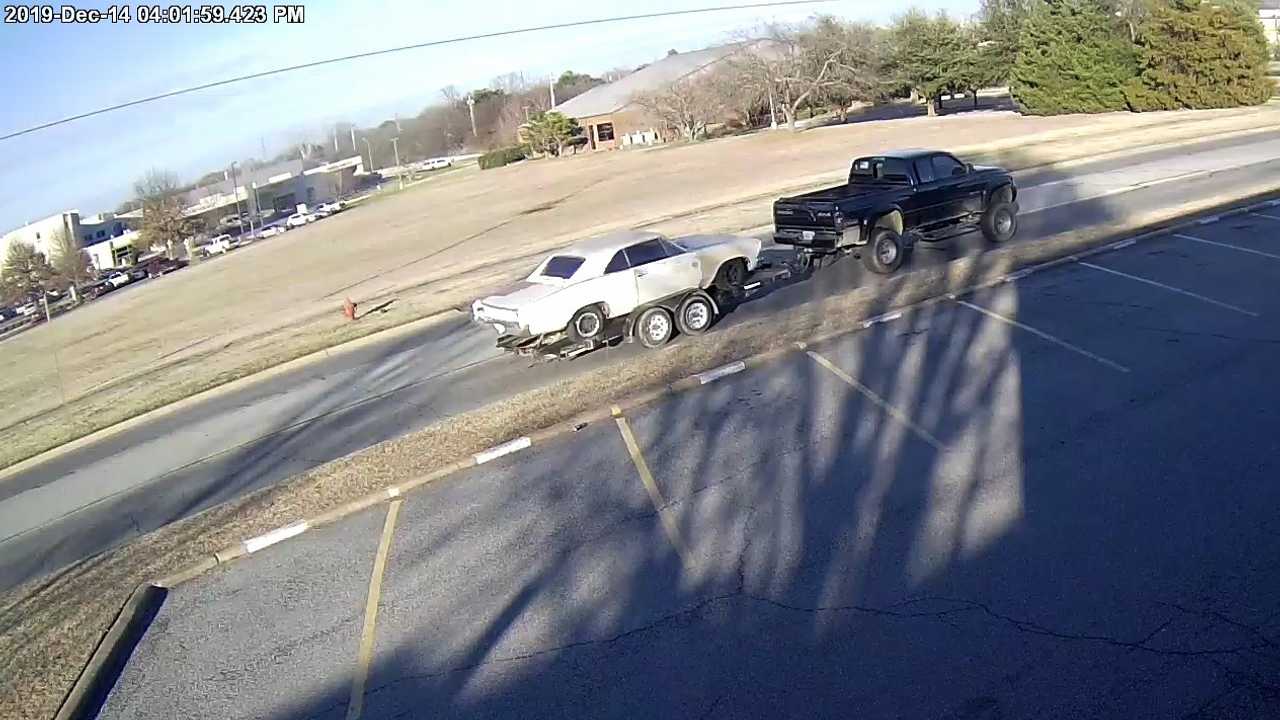 Stealing an enthusiast’s car is like taking away a piece of their soul. The disgusting criminals who commit these auto thefts have no regard for the blood, sweat, and tears that go into most classic and muscle car builds, restorations, or just upkeep. When a collector car is stolen, so is time, money, and heart from the owner, making the crime just a little bit worse when it happens to a gearhead. Here are some of the most memorable car thefts we’ve reported on.

Why not kick things off on a positive note, well, as positive as they can get when someone steals a classic car from a war Veteran. Curly Bunfill had hist 1956 Cadillac Eldorado stolen from his locked garage on January 17, 2020, and it was anonymously returned to the Sacramento Police Department. After the car was returned, 43-year-old James King was arrested in connection with the theft.

Missing 8-1/2 months now, this sharp first-generation F-Body was plucked from DeWayne Madaris’ garage by a tow truck back in August 2019. While the Catoosa County Sheriff’s Office made two arrests in the case of the stolen ‘Bird within a month, the car has yet to be located. This 1969 Pontiac Firebird was painted lime green at the time of the theft, although appearances can be altered, and the VIN is 223379U127615 with (a likely removed) Georgia license plate no. BSF9949.

Theft doesn’t always involve a break in and quick getaway, sometimes it happens right in front of one’s face. Such is the story when an Abilene, TX resident, David Harmon, sold his 1969 Camaro SS for $54,000, only to discover the cashier’s check accepted ended up being fake. The BBB warns to hold onto the car’s title until the financials of the transaction clear. As of April 2020, there is no indication that the car was recovered, and no VIN or tag was given in the local news report. The biggest takeaway from this stolen Camaro story is to not make the same mistake!

Family’s heirloom Chevelle is stolen days after the owner dies.

Lisa Montgomery’s stepfather passed away on December 12, 2019, and two days later, his 1966 Chevy Chevelle was stolen from a home in Butcher Pen Oklahoma. Not only did the car belong to her stepfather at the time of his passing, it was originally owned by her grandfather. Above is a picture captured of a Dodge Ram towing the car away, which led police to the door of Colen Arnold quickly thereafter. Arnold was a known car thief and criminal in the area, but the Chevelle is still missing.

This third-generation Pontiac Firebird was found, but not under the best circumstances.

The story of this 1983 Pontiac Firebird may have ended with the car being recovered, but it’s not exactly a happy ending. When a lake 30 miles outside of Atlanta, GA was being drained for repairs, people noticed something a little odd coming to surface, and when the object was pulled from the muddy grave, it turned out to be this F-Body that was stolen in 1989. Few other details were given about the stolen Firebird, but the aftermath was not pretty!

A 1991 Ford Mustang GT was uncovered in a Missouri barn, after it was reported stolen in 1993. Oddly enough, the police never updated on the ‘Stang’s rightful owner, and while information was redacted on the original report when it was made public, there does appear to be enough information to locate the owner (including the financing information). If the insurance company paid out to cover the loss, it’s not likely to have been returned to John R.’s possession anyway. Cases like these are a little tricky, even when the car is eventually found.

Challenger built for SEMA stolen for a wild ride, before returning in time to occupy its show booth.

A week before heading to the Las Vegas Convention Center to take its place in the ProCharger display booth at the 2019 SEMA show, this modern muscle car was stolen, along with the truck and trailer towing it. These brazen crooks took advantage of the built-up powerhouse, and were scene causing havoc around Las Vegas. After the suspects were located by the police, a wild chase ensured, and the built Challenger was used as a battering ram to escape police traps. Although damaged and beaten, the recovered car went on display as-is, and with a crazy story tell!

Three classics were lifted in plain view from a crowded California car show.

A 1960 Porsche 356B Roadster was stolen from outside the venue while a 1967 Ford Mustang and 1963 Chevrolet Impala convertible were stolen from a fenced-off area at the 30th annual Goodguys Autumn Get-Together in Pleasonton, California. This type of crime seems pretty bold, but it’s not uncommon to have multiple thefts happen around car shows, although, it usually happens from event parking lots, and hotels as the owners await the show the next day.

A trailer theft results in a stolen 1978 Trans Am.

Jerry Burge, a Doraville, GA resident, was the victim of the theft of his 2000 Ford F-350, Featherlite 32-foot trailer, and most importantly, a stunning gold second-generation Trans Am. All three vehicles, with the trailer hitched to the pickup, were taken outside of a car shop overnight, as Burge had just returned from a car show in Ohio. The truck was later recovered in a nearby town, but Jerry just wants his Trans Am back. The Trans Am had a Georgia license plate PH19961, while the trailer had a Georgia license plate 84667AC.

A restomod 1984 Chevy Monte Carlo SS 1983 Chevy Malibu Wagon, and 1994 Chevy Silverado were three of five vehicles stolen from hotel parking lots in Charlotte, NC during a stop on the Power Tour. Some have theorized that the criminals were picking the cars out while attending shows, and followed the owners back to the hotels to steal the vehicles while the unassuming owners were sleeping. The owner of the picture Monte Carlo, Garrett Alexander Reed, was fortunate enough to get the car back two months later, in seemingly unharmed condition.

Custom SUVs stolen from charity, then found stripped and abandoned.

You have to be a real piece of work to steal from a charity, but morals didn’t stop thieves from doing just that with a modified 2018 Ford Explorer Sport and 2018 Jeep Wrangler Unlimited. Stolen from the Austin Hatcher Foundation’s Education Advancement Center’s secured warehouse, the two custom vehicles were found in the woods, stripped of most of their pricey parts – the vehicles were also significantly damaged during the parts chopping. To salt the wound, these special SUVs were designed and built by pediatric cancer patients and their families as part of the foundation’s therapy and recovery program, and were set to be auctioned off before the thefts – proving there is no limit on how crummy a criminal can be.

Three exotics stolen from Texas, end up in Georgia.

What is it with Georgia and stolen vehicle activity? This is another Georgia-related automobile theft from our archives, and it’s a little bizarre. Stolen from a dealership in Texas, a pair of Maserati Ghibli sedans and a Rolls-Royce Wraith were suspiciously parked together in a motel parking lot in Brookhaven, GA – way to keep a low profile, guys! The three pricey cars are valued around $400,000, and easy to spot when parked in tandem at a motel outside of Atlanta. Police waited for the three men to return to the cars, and took them into custody.

Editor’s note: Every effort was made to update these stories to reflect the current activity in the investigation and recovery of the mentioned vehicles. However, most names are not released by police departments, to protect the victims, and updates heavily depend on how much the cars’ owners are willing to share. If you own one of these vehicles and have an update, please email [email protected], or leave a comment below.

Motorious would like to thank the TechForce Foundation for their continued support of the Automotive Technology Career path. The mission of the TechForce Foundation is to support and encourage technical education for the  automotive, diesel, collision repair, motorcycle, marine, NASCAR and other transportation industries through scholarships, grants, career development, and other special programs. Click here to see the exciting  programs that TechForce offers and the people they support.

More Features To Check Out…

Next post The 5 best workouts for women over 50, according to fitness pros