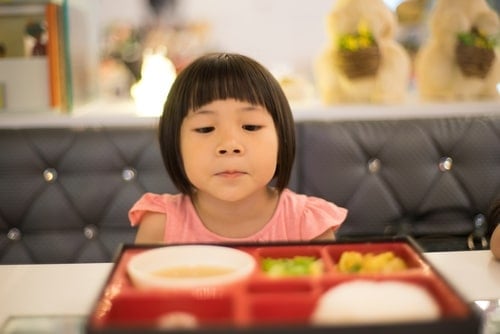 Picky eaters can drive us crazy, but their quirks and preferences aren’t entirely arbitrary. Read about the biological differences that turn some kids into fussy, selective eaters.

Does your child insist on eating only a few, favored foods? Does she reject vegetables? Does he refuse to try anything new? It can be maddening, but this isn’t just a battle of wills. Young children’s perceptions of sweetness and bitterness are probably quite different from ours. They may literally taste things that we can’t, and vice versa. It’s also likely that kids evolved to be standoffish about new foods, especially during early childhood. It would have protected our young ancestors from poisoning themselves.

Moreover, some children are especially sensitive to the sensory properties of food. This increased attunement to the odor, flavor, and texture may give them more opportunity to notice things they distrust or dislike (Farrow and Coulthard 2012; Steinsbekk et al 2017; Cunliffe et al 2022). And all of these phenomena – taste thresholds, suspicion towards new foods, sensitivity to chemosensory cues and texture – are influenced by our genes. Some kids may inherit genotypes that put them at higher risk for rejecting foods.

Does this mean we can’t help kids get over their pickiness, and learn to accept unfamiliar foods? No! In fact, rates of picky eating may vary from society to society, and studies indicate that individual experiences and cultural practices are important factors shaping the way kids respond to food (Patel et al 2020; Taylor et al 2015).

But understanding the science of picky eaters — the biology of food preferences and perceptions — is an important first step towards solving the problem. So let’s take a closer look at the biological factors that shape children’s responses.

It looks like something we’re born with: Newborn babies react very negatively when their tongue comes into contact with a substance that is bitter or sour (Liam and Menella 2002; Forestell 2017).

And children may notice bitter flavors that are too faint for adults to detect.

For instance, consider propylthiouracil (“PROP”), a compound that may give a variety of foods — including cruciferous vegetables and some cheeses — a bitter flavor (Keller and Adise 2016). In experiments, children were more likely than their mothers to detect low concentrations of this bitter compound during a taste test (Monella et al 2005). Little wonder, then, if they crinkle their noses at foods that adults perceive as pleasant-tasting.

At the same time, kids seem designed to seek out sweet foods.

Studies show that even newborns enjoy the taste of sugar, and it doesn’t just induce pleasure. For babies and older children alike, a sugary treat can actually reduce perceptions of pain (Menella and Bobowski 2015; Forestell 2017). It also appears that young children have a higher threshold for detecting the presence of sugar – meaning that they can’t sense sweetness unless it’s more intense (Petty et al 2002). And there’s no doubt that children tend to prefer higher concentrations of sugar than adults do. The “sweet spot” for young children is sweeter than it is for older folk (Menella and Bobowska 2015; Petty et al 2020).

Children also show a cross-cultural tendency to shrink away from new foods. They may refuse even to taste them.

This tendency is called “neophobia,” and, although it first emerges in infancy, studies suggest that it peaks between the ages of 2 and 6 years (Lafraire et al 2016; Hazley et al 2022). Moreover, it’s something the zoologists have observed in many species, not just humans.

Is every child equally likely to reject food? Clearly not.

Just as we see differences between children and adults, we also see variation among individuals.

Some children carry genes that appear to heighten sensitivity to bitterness and predispose kids to seek out sweeter foods.

For example, when Julie Mennella and colleagues presented kids (aged 5 to 10 years) with a series of bitter- and sweet-tasting drinks, the researchers found that children’s preferences were related to their genotypes at the TAS2R38 locus, a region that controls an individual’s sensitivity to several similar, bitter-tasting compounds, including propylthiouracil (PROP).

Kids who possessed at least one copy of the bitter-sensitive allele were more likely to detect bitterness at low concentrations. In addition, these kids reported preferences for sweeter drinks and cereals with higher sugar content. They were also less likely to name milk or water as a favorite beverage.

The results are supported by other studies, which found that children who could detect PROP were more likely to consume sweets (e.g., Chamoun et al 2018; Keller et al 2014). But Menella’s study included a detail of particular interest to parents struggling with picky eaters:

Kids with the bitter-sensitive genotypes were rated as “more emotional” by their mothers if their mothers possessed only bitter-insensitive alleles (Mennella et al 2005). So some perhaps some of the conflicts between picky eaters and their parents are caused by a genetic mismatch: Parents who can’t taste certain bitter compounds have more difficulty relating to the way that their kids react to bitter foods.

It’s also clear that some picker eaters are highly sensitive to the sensory properties of food — including texture, odor, and consistency.

This is especially common for children on the autism spectrum (Bourne et al 2022), but it’s also a familiar story for kids who are neurotypical, and for individuals who suffer from anxiety or obsessive-compulsive symptoms (Zigraf et al 2022; Cunliffe et al 2022).

And researchers have documented individual differences in food neophobia.

As was the case for sensitivity to bitterness, these can be explained, at least in part, by genetic factors. For instance, in studies of twins, researchers have found that variation in neophobia is highly heritable (Smith et al 2017; Knaapila et al 2007; Cooke et al 2005).

So – to some degree — picky eating and neophobia comes naturally to young children.

From an evolutionary point of view, this makes sense. As I mentioned in the introduction, neophobia can be beneficial. It helps prevent young children from tasting everything they see, which could result in the ingestion of something dangerous.

Similarly, the ability to detect and avoid bitter flavors can be protective. Bitterness is a cue to the presence of plant secondary compounds that have an array of undesirable effects, including reduced digestibility and illness (Glenndinning 1994). And young children are more vulnerable to than adults.

What about children’s heightened preference for sweet, sugary foods? Sweetness is a cue to the presence of higher caloric density, and it makes sense that young children would find that especially attractive. Relative to their body mass, children have greater need for high-energy food than adults do. Moreover, in fruits sweetness is a cue to ripeness – when fruits are less likely to contain toxins and compounds that impede digestibility (Whitehead and Bowers 2014).

Thus, all of these biases – against new foods and bitter foods, and for sweet foods – can be viewed as potentially advantageous.

Throughout most of human history, our ancestors were foragers who consumed a variety of plant foods. Young children were capable of getting their hands on foods that weren’t good for them, and it was important for them to seek out the highest energy foods available. Neophobia helped prevent kids from eating something toxic. Low sugar-detection thresholds – and a love of sweetness – helped kids focus their attention on the sweetest, most caloric, least toxic fruits available. And being picky – at least to the extent of avoiding bitter foods – would have acted as an additional insurance policy against consuming something bad.

But that doesn’t mean that picking eating and neophobia are inevitable.

On the contrary, studies reveal that a child’s tendency to reject food is also shaped by the environment. For example, prenatal and neonatal experiences might play a role in the development of food preferences. Research suggests that fetuses can taste the foods that their pregnant mothers eat. Food flavors also get transmitted through breast milk, and there is evidence that young children are more likely to accept these flavors later, when they begin consuming solid foods.

Picky eaters are also influenced by parental feeding tactics, social cues, and the ways that new foods are presented.

For instance, when researchers tracked more than 7800 British children over time, they uncovered links between the introduction of “lumpy solids” during infancy and subsequent feeding behavior. Compared with babies introduced to lumpy solids between 6-9 months, babies encountering these foods later had less varied diets and more feeding problems by the age of 7 years (Coulthard et al 2009).

In addition, experiments suggest that kids may increase their liking for bitter or sour foods if they first encounter them in combination with something sweet (Capaldi and Privitera 2008). And studies tell us that kids will eventually accept new foods if we are persistent about offering them — over and over again. But it’s important to present foods in a positive, social context…and to avoid pressuring children to eat.

For more information about persuading children to broaden their diets, see these research-based tips on coping with picky eaters. I’ll be updating this article soon. In addition, check out this discussion about the special dietary needs of young children and their implications for choosing a healthful diet for your family.

References: The science of picky eaters

Mennella JA and Bobowski NK. 2015. The sweetness and bitterness of childhood: Insights from basic research on taste preferences. Physiol Behav. 152(Pt B):502-7.

Content last modified 11/22. Portions of text are derived from earlier versions of this article, written by the same author. 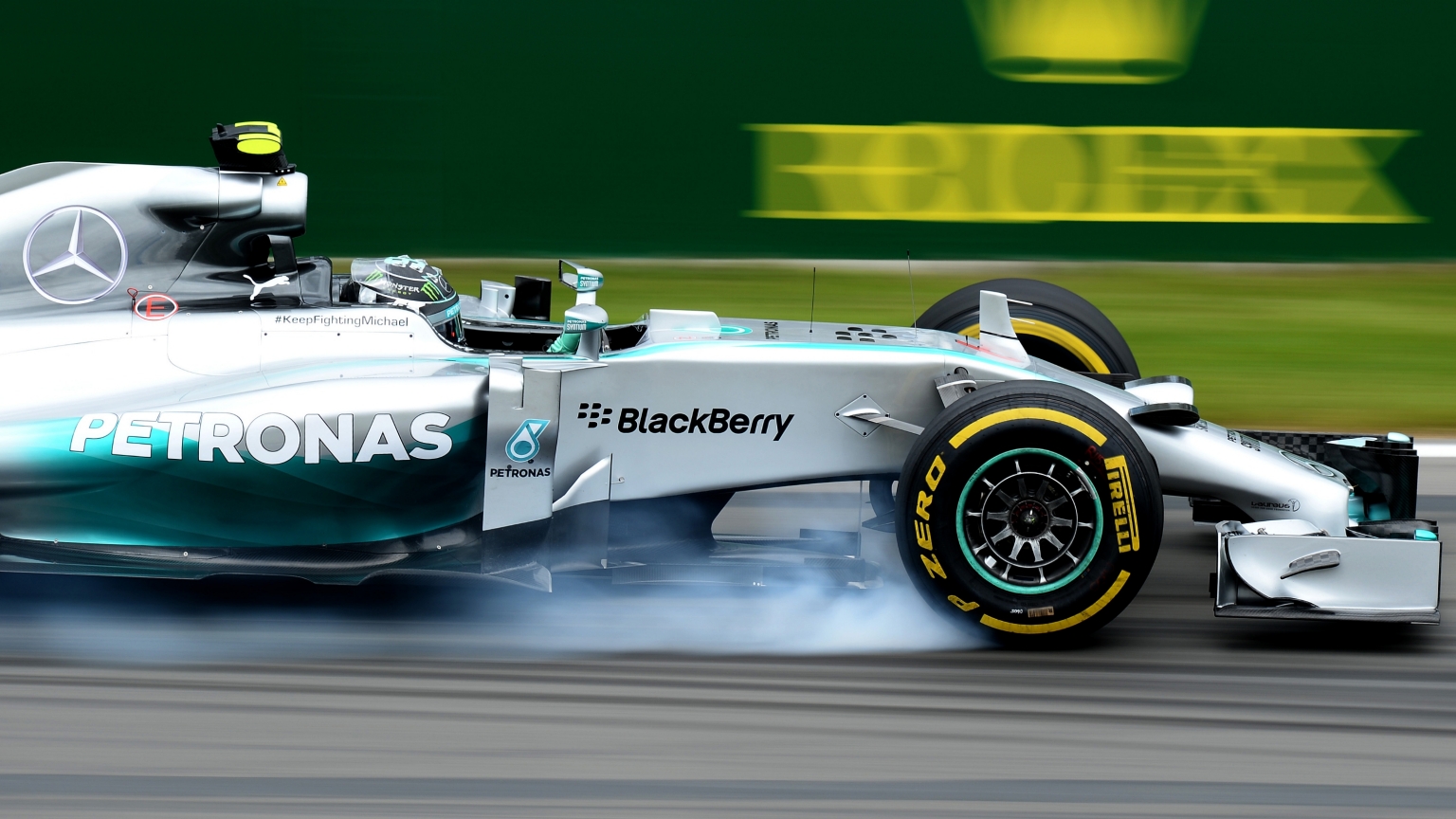 Previous post The Amazing Characteristics of a Formula 1 Car

Next post Bologna in a Day: What to Do and Eat

I was discussing budgeting with my son today, and he asked about my emergency fund and what types of things...

“A new baby is like the beginning of all things – hope and a dream of possibilities.”  Every child is...

Jokes are one of the best ways to celebrate holidays with your kids! These Christmas Knock Knock Jokes are silly...