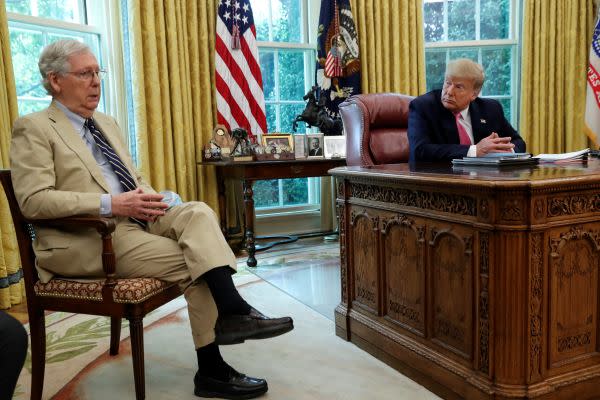 Congress is back in Washington this week and getting down to the difficult task of negotiating the next, and potentially final, coronavirus relief package. The parties are far apart, with House Democrats having passed a $3 trillion package and Republicans eyeing the $1 trillion range — and still needing to settle some internal differences over what should and shouldn’t be in the legislation.

What may be in the Republican plan: The focus of the package will be “kids and jobs and vaccines,” Treasury Secretary Steven Mnuchin told reporters, according to Bloomberg News. McConnell said that the plan “would neither be another multitrillion-dollar bridge loan to make up for a totally shut down economy, nor an ordinary stimulus for a nation ready to get back to normal.”

The bill being crafted as a Republican starting point for negotiations is reportedly expected to include:

The Washington Post adds that, “Trump administration officials have also floated new spending caps for next year’s budget, as well as seeking funding for other non-coronavirus related projects, such as $250 million for FBI renovations, said GOP lawmakers and aides.”

What may not be in the plan: The proposal would also reduce the $600-a-week in enhanced federal unemployment benefits, which is set to expire in most states at the end of this week. And it is expected to leave out more aid for states and cities, according to the Post, instead allowing governors and local leaders more flexibility in spending the $150 billion in aid provided by the March coronavirus relief law. Democrats have pushed for an additional $1 trillion in aid to state and local governments.

The Post’s Erica Werner and Jeff Stein reported this weekend that the administration is also complicating negotiations by trying to prevent the coronavirus bill from including some $25 billion to states for virus testing and contact tracing and $10 billion more that Republican senators want to provide the Centers for Disease Control and Prevention. The administration is also reportedly looking to block billions in pandemic funding for the Pentagon and State Department.

The White House position has reportedly angered some senate Republicans, and some lawmakers are pushing for the money to stay in the package. “Senate Republicans have asked for funding to help states purchase test kits in bulk,” Sam Hammond, a policy expert at the right-leaning Niskanen Center think tank told the Post, which notes that the center has been working with those GOPers on testing legislation. “As it currently stands, the main bottleneck to a big ramp-up in testing is less technical than the White House’s own intransigence.”

Payroll tax pushback: Trump and administration officials continue to emphasize their desire for a payroll tax cut, with the president on Monday calling it “very important” and an incentive for companies to rehire workers. Trump has suggested he might not sign a bill that doesn’t include the tax cut.

“The administration is eyeing structuring the payroll tax cut in the legislation as a deferral rather than an outright cut, which would keep down the technical cost of the overall bill,” The Washington Post reported Monday, citing a person briefed on the package. “Such a deferral could require Americans to pay back the tax cut at a later date, but lawmakers could later decide to wave the repayment entirely.”

“Go to the fact that Social Security people think we’re raiding the Social Security fund. And we are raiding it, but we have always put in general fund revenue in it so it is made whole. But that creates — it might create political problems — but it creates a public relations problem,” Grassley told reporters, according to The Hill.

Sen. John Cornyn (R-TX) expressed similar concerns, The Hill reported. “I think it’s problematic because obviously the trust funds for Social Security and Medicare are already on their way to insolvency. …I’m not a fan,” Cornyn said.

The time factor: There’s some urgency to the talks, and not only because of the alarming surge of Covid-19 cases sweeping across many states. Critical coronavirus aid programs including enhanced unemployment insurance and federal eviction protections are also set to expire within days — and lawmakers have just a few weeks before they are scheduled to go on another recess. The House is currently scheduled to depart at the end of the month, a week ahead of the Senate, though members have reportedly been told not to make plans for the first week of August.

What’s next: A fight, clearly. Democrats have already begun to criticize the Republican approach as prioritizing corporate interests over workers and Main Street businesses. “Unfortunately, by all accounts the Senate Republicans are drafting legislation that comes up short in a number of vital areas, such as extending unemployment benefits or funding for rental assistance, hazard premium pay for frontline workers, or investments in communities of color being ravaged by the virus, and many other necessary provisions,” Senate Minority Leader Chuck Schumer wrote in a letter Monday, urging his caucus to stick together. “Democrats will need to fight hard for these important provisions.” 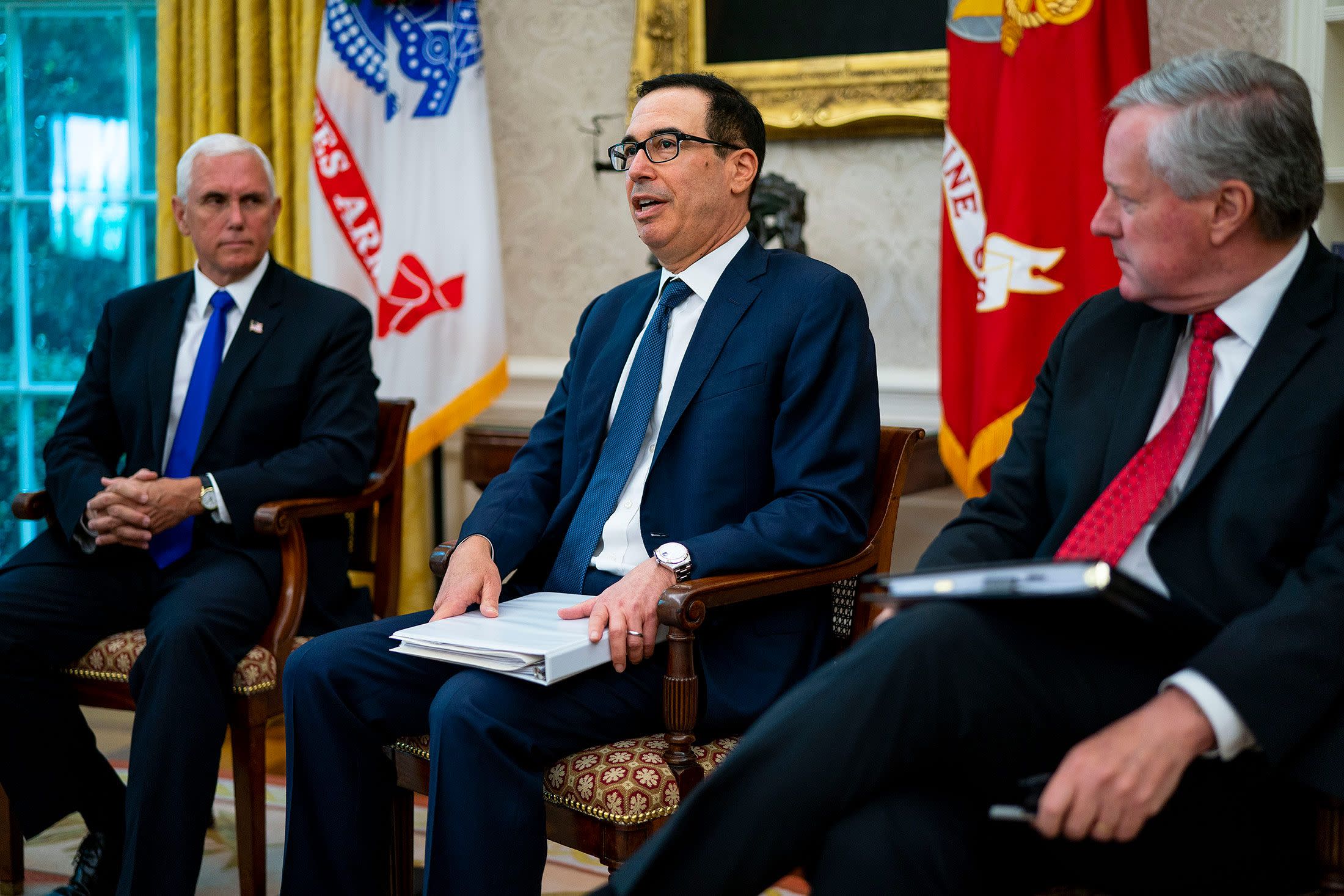 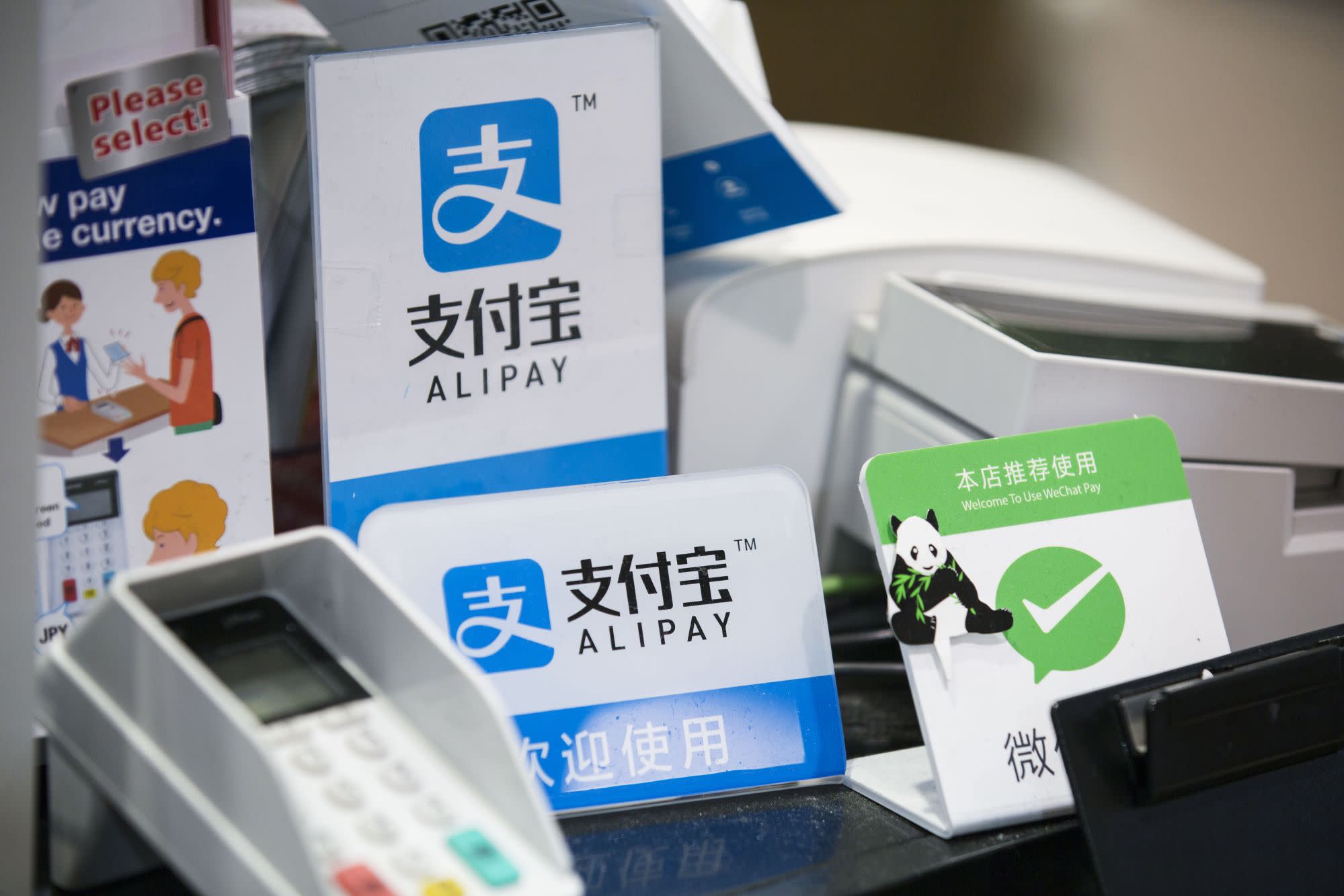