The scene on a pleasant May evening was similar to hundreds of games at the Warren Little League fields over nearly seven decades. Matt Harris, the coach of the Twins, addressed his team of 8, 9, 10 and 11-year-olds in the dugout after a rousing win over the Pirates.

“That was a good win!” Harris told them. “You see what happens when we swing the bat? We were swinging at the right pitches and had excellent baserunning today. I’m really proud of that. We did a much better job this week. Now you know you can beat those guys. We’ll do it again next week!”

Harris gave the game ball — a Little League tradition — to Brayden Lowe, in his fifth year of baseball at Warren Little League, for his pitching, defense at first base and hitting. Watching behind the fence was his father, William Lowe, who played on the same fields for years during his childhood.

“This was my pastime growing up,” Lowe said. “Saturday baseball games. We’d hang out at the ballgames all today, go the concession stands, hanging with friends. I loved it. Absolutely loved it. I’m sad to see it go. I’m going to miss it when it’s gone.”

The Lowes, like generations of other families in Warren Township, have called the baseball fields on East Brookville Road home for almost seven decades, dating to 1954. That time is coming to an end, however. The league announced in April this would be the final season at the location along Brookville Road as it will merge with Irvington Little League and play its games there.

‘Nobody saw this coming’:Mega-complexes like Grand Park desperate to welcome youth sports back

The future of the Warren Little League location is still in doubt. But there will not be games here anymore. And while there has been a dwindling number of participants in the league to necessitate a change, there is still a sense of something lost when these fields are not hosting baseball games on a spring evening or a Saturday afternoon.

“The biggest loss is that loss of community,” Harris said. “It’s not a big community anymore. But a lot of us have been coaching the same group of kids for years. We might have a chance to do that when we merge with Irvington. But a lot of these kids will stop playing or they will go elsewhere. You’re not in the same place anymore so you won’t have that sense of community. For those of us who have been out here as players and coaches for 30-plus years, it’s really sad.”

Chris Chaffin met his wife, Jennifer Limbach, at the Warren Little League fields in the 1980s. A photo of Jennifer’s uncle, Chris Limbach, used to hang at the facility. Chris, a lefty, pitched at the fields as a kid before going on to star at Warren Central and pitch eight seasons in the minor leagues in the Philadelphia Phillies’ and Kansas City Royals’ organizations.

Chaffin, 45, played baseball. His wife, Jennifer, played softball. They started dating when they were 15 and have been together ever since. And it all started right there with the hours they spent at the baseball fields.

“Warren Little League used to be a place where you went to hang out with your friends,” Chaffin said. “If you weren’t playing, you went to watch your friends, your cousins, play baseball and softball. It was a place you never wanted to leave.”

The participation numbers have declined. Steve Magnuson, whose sons played in the league and who has been involved with the program as a board member and in other roles for 20 years, said there were more than 500 players registered in 2003. Over a 15-year period, the numbers dropped to about 250. In 2019, there were just 170 participants. After the pandemic canceled last year’s season, only about 110 returned this spring to the Warren Little League program.

“I don’t know if some of that is just not getting the message out or if kids just aren’t playing,” Magnuson said. “Or if they are playing travel ball.”

The community-based youth sports environment that Chaffin references in the 1980s and ‘90s has largely disappeared, even at a time when baseball is enjoying a resurgence in popularity at the youth level. A Wall Street Journal report in 2019 noted a 21% increase in baseball participation from 2014 to 2018. But that boom is in lockstep with the travel sports culture — a multi-million dollar business — that has emerged over the past decade.

Jon Solomon, the editorial director of the Aspen Institute’s Sports & Society Program, said in a 2019 article at frontofficesports.com on youth baseball: “What happens a lot in baseball — and it happens pretty quickly — is as you get into the travel ball culture, some families just can’t afford to keep up with it. Unfortunately these days there aren’t as many local community neighborhood leagues providing quality coaching or a quality experience for kids that’s also affordable.”

That is, at least in part, what was happened to the Warren Little League program and other community-based little leagues.

“When our kids got to be 9 or 10, a lot of times we would have fathers coaching the team with some talented players,” Magnuson said. “He would then take three or four kids with him and start a travel team. We had that happen several times here. Normally dads are coaching those travel teams and pulling kids out that they know. Then, the overall caliber of competition (in our league) is weakened. And some of our kids who can’t afford travel ball go to Oaklandon or another little league.”

William Lowe allowed Brayden to play on a travel baseball team two years ago after the Warren Little League season ended in early June. But because Brayden also plays football and practices start in the summer, it makes it difficult to do both.

“Now it seems like everybody is on a travel team, putting a team together,” Lowe said. “I don’t mind travel ball. But I would rather have it how we had it when I was playing.”

Harris had a similar experience to Lowe and Chaffin. He started playing in the Warren Little League program at age 7 in 1988 and played through his freshman year at Warren Central in 1996. “I was a mediocre baseball player,” Harris said, “but I loved Little League.”

Harris’ dad was on the baseball board at Warren. On Saturdays, he would play his game sandwiched around watching his friends and siblings play.

“It’s not the same as travel ball where you go out and play multiple games,” Harris said. “You’d play your one game and then hang out with your friends. That concept really doesn’t exist anymore. I think it’s travel ball (that is causing a decline in numbers) — and I don’t want to imply that there’s anything wrong with travel ball. If that’s something people want to do and can make the investment, by all means do it. But I think people see the numbers here dwindle and say, ‘I can’t play competitive baseball unless I do travel.’ That just perpetuates the problem. I don’t see any recovery for it.”

That is not to imply there is nothing to be gained, Harris included, for those still involved.

End of an era

Eight days after the win over the Pirates, the Twins are back out to practice on Field 4 at Warren Little League. They played the Pirates again a day earlier, losing by … a lot.

The Pirates and Twins are familiar foes because they are the only teams in the league. A partnership with the Irvington Little League allows them to play more games against outside opponents. That partnership will become an official merger next spring.

Harris has two sons on the team, Kyrie and Casey. But several of the players have been with him for multiple years. This Twins’ team is more like an extended family to Harris, who knows how to walk the line between reasonable expectations and fun.

“What I want you to remember,” Harris tells the team at practice, “is that if we are playing the Pirates or Irvington — I don’t care if we are up by 10 runs — if we’re not paying attention in the field or making the effort, we’re going to move you around. It doesn’t mean you’re in trouble so no pouting in the dugout. Just do better next time. No big deal.”

What happens next remains unclear. The league leases the property from the city, but maintains the fields. The lease will run out at the end of the year, though it is possible the Warren/Irvington teams could still practice on them next year. There has also been talk Warren Township Schools could purchase the property and renovate it into a youth football facility.

“It will come down to money,” Magnuson said. “There’s some extensive work to do to turn this into football fields. We’ve kind of told the Indy Parks Department that we won’t be back. So we’ll see. I don’t think anyone knows for sure.”

Barring unforeseen circumstances, there will not be baseball at the Warren Little League next year for the first time since 1954. The league is planning for an “End of an Era, Start of a New” event on July 10 at the fields as a fundraiser for the merger at Irvington and a celebration for previous players, coaches, parents, sponsors and board members.

The heyday of the league is long gone. There were 12 teams in the 11-12 year-old division when Harris played. All of the best baseball players in the township played there then. But even now, with much fewer numbers, it is difficult for Harris to believe there is not a place for community baseball.

“I don’t blame anybody,” Harris said. “But it doesn’t take away from how sad it makes me feel that this won’t be here. The first time I come by here and I see they have started to take down the baseball fields, it’s going to be really emotional. Kids will still have a chance to play if they want to in the new league. But the numbers keep going down and I worry there are fewer and fewer kids playing for fun. I understand it. But I’m still sad about it.” 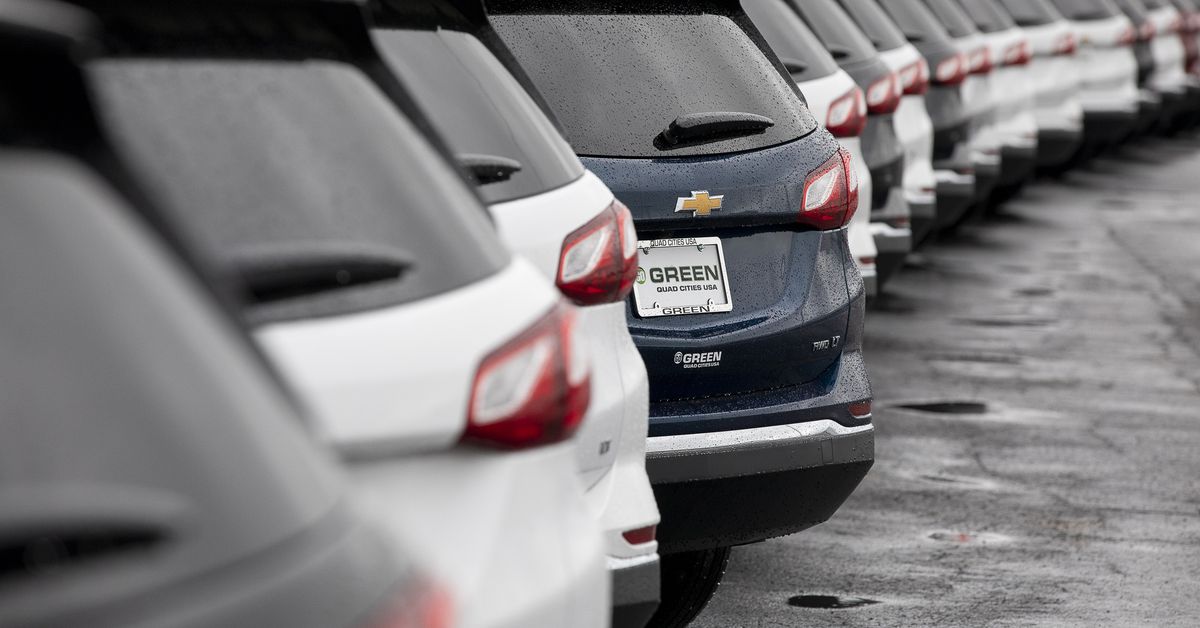