On November 3, 2002, an unmanned U.S. Predator drone fired a Hellfire missile at an automobile in Yemen, carrying Al-Qaeda operative Qaed Salim Sinan al-Harethi, and five other men. All of them were killed. The strike was the first time the US killed a member of Al-Qaeda outside of Afghanistan. It was also the first time a drone had successfully killed its intended target.

Exactly twenty years later, this weapon platform proves to be an addictive means for the US to project death from a distance. It serves as a politically expedient tactical measure for Washington. However, when the US introduced weaponized drones in the region, it would lead others to adopt and adapt these weapons, resulting in their proliferation, from armed hobby drones used by the Islamic State to domestically produced drones in Iran that even Russia has used as low-cost cruise missiles in Ukraine.

Two decades ago, the US ushered in the drone wars, and this conflict will continue to evolve. The technology has already been coupled with artificial intelligence to create a flying killer robot, the threshold of a new phase of digital warfare. Not only would such a technology give the leadership of any country the ability to wage war without the need for human pilots, and thus human oversight, but such technology can be turned within the borders of any state against its own civilians, either for surveillance or crushing domestic dissent.

While drones are valuable for surveillance, the US would harm fewer civilians by using special forces raids on the ground. While they are riskier on a tactical level for American forces, such as the case in Somalia in 1993, they can bring extraordinary success: US special forces raids killed Bin Ladin in 2011, and two leaders of ISIS in 2019 and 2022. On a strategic level, they reduce the number of deaths of innocent bystanders and deprive terrorists of the ability to draw upon local grievances to swell their ranks, thus serving as a more sustainable counter-terrorism strategy going into the future.

In 1998, the Clinton administration first considered a drone program, when it decided against a cruise missile strike to kill Osama bin Ladin in Afghanistan, given the estimate of 300 casualties, a fair number of whom could be civilians, and only 50 percent confidence in the satellite and human intelligence that located him.

Thereafter, the US sought out a more precise weapon platform that could collect intelligence by loitering over the target and eliminating the threat simultaneously. It needed a weapon that was both spy and assassin. The Predator drone ushered in the age of lethal surveillance.

The Predator offered numerous advantages. First, it could loiter and monitor a target for a long period, even allowing pilots to alternate shifts at their home base. Second, it could change trajectory to follow a target if it moved away in a vehicle. Third, it could then kill the target without risk to the pilot who was safely ensconced at a site beyond hostile territory.

Its first test was in Afghanistan, less than a month after the 9/11 attacks.

In his article for the technology magazine Wired, Arthur Holland Michel, co-director of the Center for the Study of the Drone at Bard College, writes of an event that occurred on October 7, 2001. A pilot sat in a trailer at CIA headquarters in Langley, Virginia, remotely piloting a Predator drone over Kandahar, Afghanistan more than 11,000 kilometers away.

The drone would occasionally shut down due to power issues, which software engineers in California fixed while the aircraft was still gliding in the air. The target was a truck parked outside a compound thought to be hiding Mullah Omar, the leader of the Taliban.

Deploying drones is a form of violent digital warfare. The Wired account exemplified a digital culture where easily-edited programs enable advances in science and technology. Coders in California ensured the drone over Afghanistan continued to fly, editing the power issues on a computer monitor, while the pilot watched the target through pixilated screens. Distances had been made relatively obsolete by the new technology, linking Virginia to California to Afghanistan, ushering in a new phase of political violence.

Since 2001 the drone made it easier for the US to combat Al-Qaeda through a strategy of targeted assassinations. Al-Qaeda is a decentralized, non-state-centric, transnational network, with operatives in Afghanistan and Pakistan, and loyal satellite groups, sometimes described as “franchises,” such as Al-Qaeda in the Arabian Peninsula, based in Yemen.

As opposed to meeting a standing army in a battle or a state-sponsored militia in jungles or urban settings, the drone was an American military response to geographic contingencies. Al-Qaeda survived as a series of atomized cells comingling among non-combatants in rural or urban terrains, such as the suburbs of Kabul, where Ayman al-Zawahiri was located and killed in July 2022. The US drone strike that killed him marked the high point of a two-decade war that began unsuccessfully in October 2001 over the very skies of Afghanistan.

The drone represented the digitalization of aerial warfare, serving as a proxy for the American state, particularly the executive branch, to outsource political violence over vast distances.

The successful attack on Zawahiri appeared as a vindication of Biden’s “over-the-horizon” counter-terrorism strategy, where the US could eliminate terrorist threats without the need for “boots on the ground” during the “forever wars” in Afghanistan.

Yet, it is also a reversal of a Biden policy to dramatically reduce the number of drone airstrikes during his administration, during which it was finally acknowledged that their use adversely affected long-term strategic interests when one takes into account the hostility from local populations.

The Zawahiri strike was similar to Trump’s strike on Qassim Soleimani of Iran’s Quds force in 2020. Neither president could resist the temptation of decapitating an organization with the great ease that a drone provides. The death of Soleimani backfired for the US, as he kept the network of proxy militias in check, which attacked American interests at his discretion. Now, the militias have engaged in infighting, and rocket attacks on US targets have only increased, undermining Iraq’s domestic stability two years after his death.

The short-term ease provided by drones resulted in long-term consequences, particularly resentment among locals in the vicinity of the strikes, leading to a strategic “blowback.” This ultimately undermines US counterinsurgency campaigns in the Muslim world, exacerbating radicalization and the swelling of the ranks of violent groups. The bin Ladin raid deployed US ground forces in 2011, resulting in the objection of the Pakistani government for violating its sovereignty, but no civilian bystanders were killed. Al-Qaida lamented the loss of its leader but could not use civilian deaths as rhetorical ammunition to further its narrative.

At the same time, drone strikes and special forces raids have only culled the leadership of Al-Qaeda and Islamic State, but never destroyed the organizations. Ultimately, at a macro level, the best strategy to ultimately defeat terrorist groups would be sustained diplomacy to end the Yemeni and Syrian civil wars, alongside international reconstruction aid for these countries and Iraq.

Drones provided uniformed combatants immunity from harm, allowing the pilot to remain safely in a base, controlling a remote aircraft that can conduct both surveillance and assassinations. Yet, this advantage would later prove attractive to Washington’s adversaries. To modify Clausewitz’s oft-quoted phrase, “War is politics by other means,” the drone emerged as an air force by other means for the US, but also for Russia, Iran, and ISIS.

Russia’s recent use of Iranian drones in Ukraine is unusual as weapons sales historically went in the other direction, with Middle Eastern states buying from Western or European states. Iran’s drone program was refined because it allowed its proxies, the Houthis or Iraqi Shi’a militias, to test the equipment on targets in Saudi Arabia and the UAE, or US bases in Iraq, demonstrating the ease of this technology proliferating.

The ultimate policy lesson is that America’s unchecked pursuit of drone technology for its targeted assassinations campaign post-9/11 only led to its proliferation. It is worth considering a counterfactual: whether any other military would have introduced this technology eventually. Israel primarily used drones for surveillance since the 1970s, followed by Egypt in the 1980s.  It took about thirty years since then for the US to introduce the armed drone into the region, which might have been an expedient way to kill terrorists, but which failed to address the root cause of terrorism, only fueling terrorist recruitment and sympathy in the long term.

As for the next twenty years, the drone wars will persist, and technology will advance. The technology already exists for killer robot technology, combining drones with artificial intelligence to create lethal autonomous weapons, such as the Turkish Kargu 2 that was deployed over Libya in 2021.

Drones did make it easier for the US state to project proxy violence at distance, but such strikes still caused PTSD for pilots who, despite the distance from the combat zone, would monitor their targets for days, if not weeks, knowing intimate details of the life they were about to extinguish.

A drone using AI would not have that problem. Of this scenario, one philosopher wrote, “contrary to what is suggested by science-fiction scenarios, the danger is not that robots begin to disobey. Quite the reverse: it is that they never disobey.”

Two decades ago, it would have been hard to imagine the ubiquity of drones in 21st-century warfare and surveillance. The anniversary of the first weaponized drone strike over the skies of Yemen should serve as a point to ponder dystopian scenarios: what would killer robot drones mean for humanity and liberty in all countries, particularly authoritarian regimes that can use them to monitor or violently disperse protestors when a country’s armed forces refuse to do so? A more frightening scenario would be terrorists getting their hands on such weapons, which this article has demonstrated is a possibility based on past precedent. 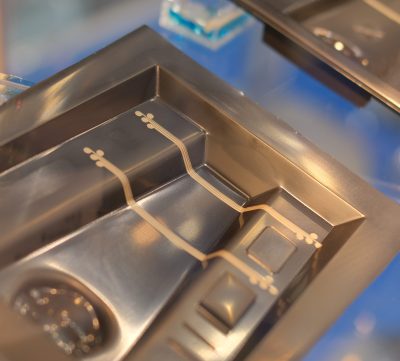 Next post A Hacker Walks Into A Trade Show: Electronica 2022