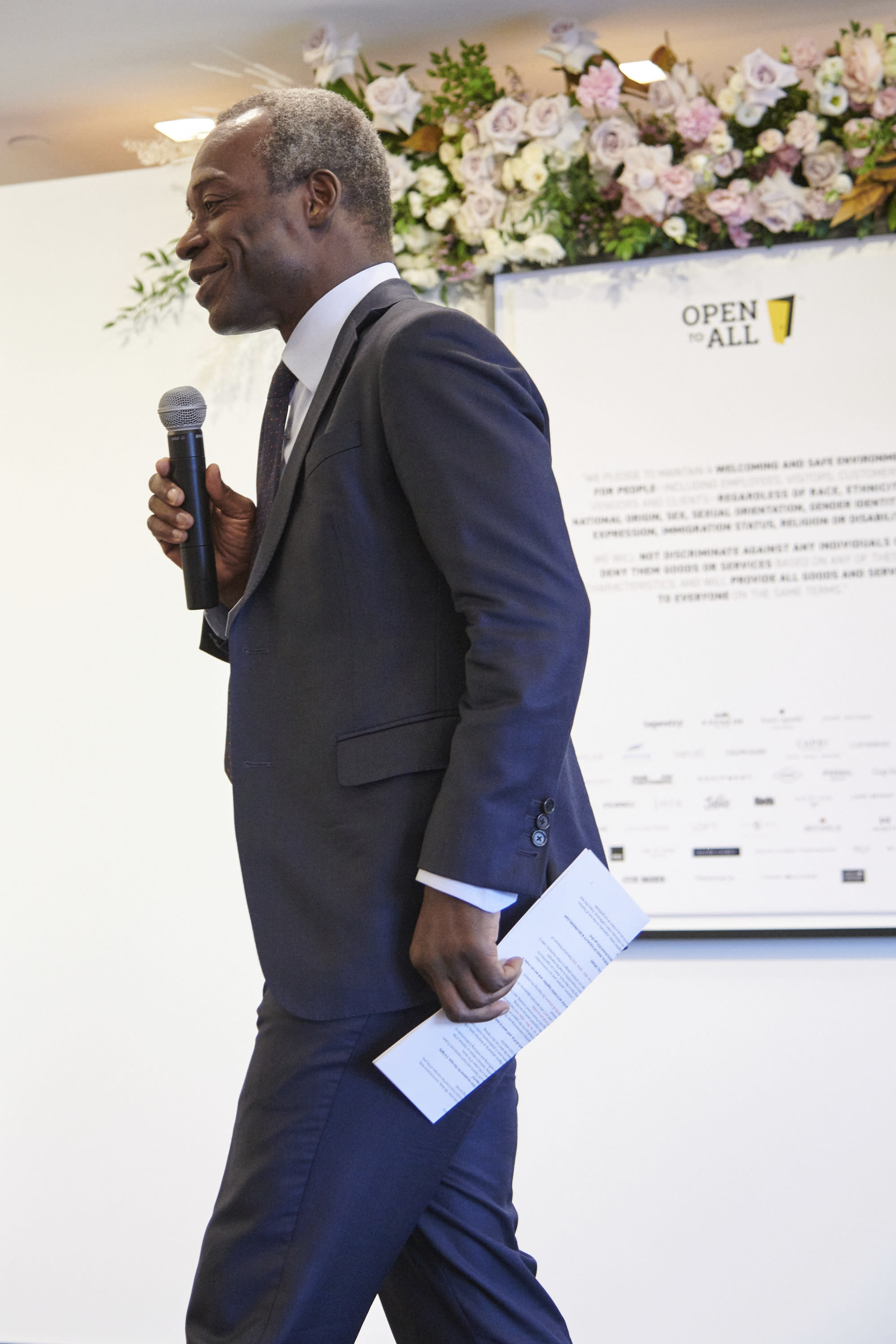 The tale of the former chairman and ceo, son of a housekeeper born in Nigeria, who rose up the corporate ladder at Goldman Sachs and was lauded as one of the few Black ceo’s at a Fortune 500 company, made headlines Tuesday after Tapestry said Zeitlin would be stepping away from the c-suite after less than a year.

News of his sudden departure was followed quickly by word that the retailer had opened an internal investigation into Zeitlin’s past conduct, including a 2007 incident where he allegedly posed as a photographer to lure a woman into a relationship.

Zeitlin took to LinkedIn later in the day to tell his side of the story and admitted that “the allegations that I drew too close to the above woman are true; however, our relationship began and concluded 13 years ago, it had nothing to do with my role at Tapestry, and I did not use power, wealth, or position to further that relationship.”

Some sources pointed out that the incident happened long before Zeitlin was appointed to the corner office at Tapestry, which owns the Coach, Kate Spade and Stuart Weitzman brands. (Zeitlin succeeded former ceo Victor Luis in September 2019.) But it was not before Zeitlin joined the board of Tapestry, then Coach, in 2006. Zeitlin was also a married man in 2007 and remains so.

Others wondered why Tapestry hadn’t done more due diligence before appointing Zeitlin ceo. A simple Google search would have brought up the time in 2009 when he withdrew his nomination to be a U.S. representative to the United Nations for U.N. management and reform under former President Barack Obama. Zeitlin later withdrew from consideration for “personal reasons.”

Either way, shares of Tapestry closed up 4 percent on Tuesday and remained relatively flat Wednesday, closing up just 0.37 percent to $13.70 a share as the news settled in and Wall Street digested journalist William Cohan’s story about the 2007 incident, which was published Wednesday by ProPublica. It was reporting for the story that appears to have sparked the board investigation into Zeitlin.

But most analysts focused on the company’s recent performance, with some signs of dismay over how the process was handled.

In a Tuesday morning note, Morningstar equity analyst David Swartz reiterated his rating on Tapestry as “poor,” stating his opinion was “primarily based on our view that Kate Spade and Stuart Weitzman lack competitive advantages and should not have been acquired.” Both were bought under Luis’ tenure.

In an e-mail to WWD on Wednesday, Swartz said, “If I knew yesterday what I know today, I might have chastised the company for not disclosing this mess right away. The ProPublica report makes it clear that Tapestry handled this situation very poorly. This was a self-inflicted wound at a time when the company is already dealing with many other problems.”

He called the situation “an embarrassment for the company and adds to its woes as it deals with the COVID-19 crisis.”

Brian Nagel, senior research analyst at Oppenheimer, wrote in a note Tuesday that Zeitlin’s  departure is likely a sign of weaknesses at Tapestry.

“While shifts in leadership could eventually make for a positive catalyst for the story, in the nearer term we view the departure of Mr. Zeitlin as likely suggestive of a further, potential significant weakening in trends at the company,” Nagel wrote. “The company has struggled meaningfully lately, amid stepped-up competition within the handbag category and upon internal missteps, and more recently as the COVID-19 crisis in the U.S. and abroad has upended meaningful demand trends within the broader luxury sector.”

He rated Tapestry “perform” and said “clients are best served remaining on the sidelines with shares.”

Meanwhile, others pointed out that Tapestry — which reports earnings Aug. 13 — said in an 8-K regulatory filing that it exceeded expectations in its most recent quarter. Erinn Murphy, senior research analyst at Piper Sandler & Co., noted on Tuesday the filing “firmly states there was no disagreement with [Tapestry] or with any matter regarding the finance/announcing of the company’s operations.” Murphy rated Tapestry neutral and set a price target of $19.

Bank of America analysts are also positive on Tapestry, raising their fiscal year 2020 earnings-per-share estimate by 2 cents to 66 cents “to reflect better gross margins,” wrote Lorraine Hutchinson, research analyst at Bank of America. “We view Tapestry as better positioned than competitors to return to healthy growth and stable margins and we reiterate our ‘buy’ rating.”