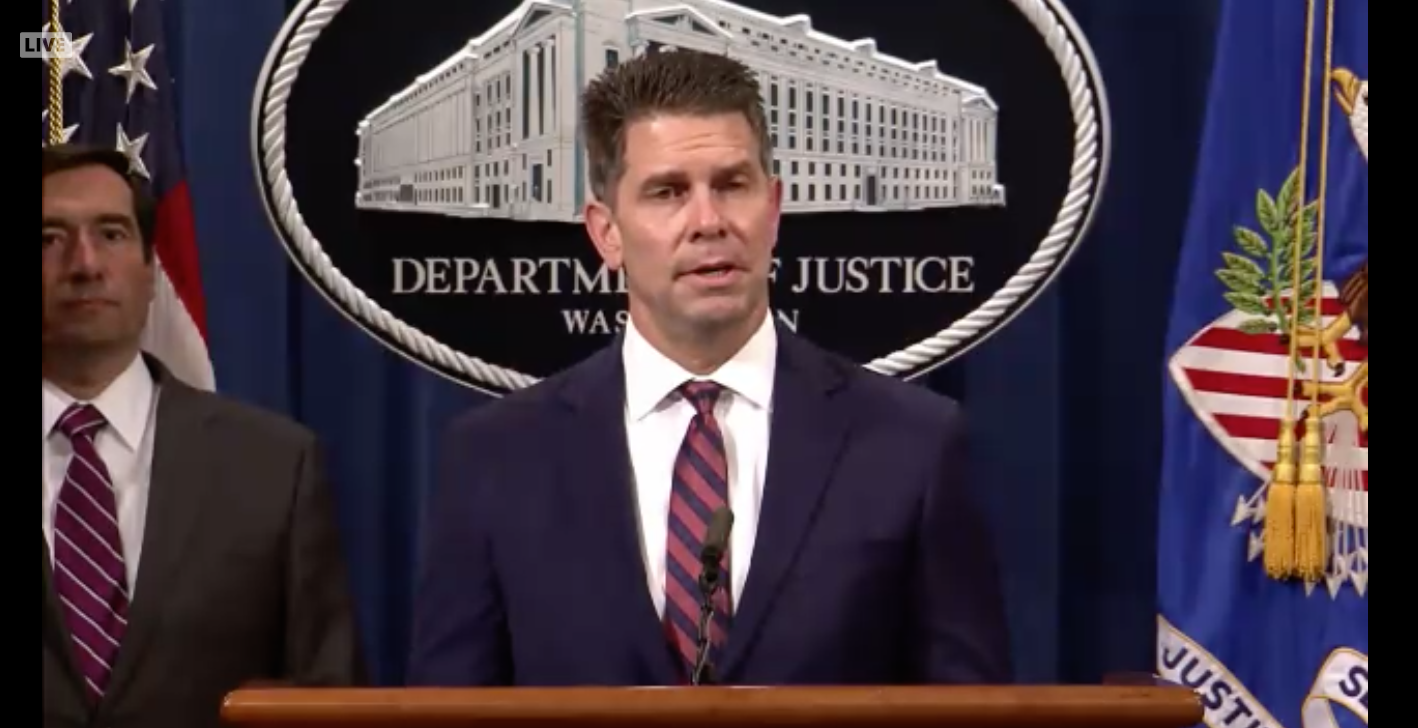 Assistant attorney general for national security, John C. Demers, announced on Tuesday the charges against defendants Li Xiaoyu and Dong Jiazhi, in a virtual press conference with reporters. The indictment, filed in the Eastern District of Washington, alleges that the hackers’ illegal activity spanned over a decade, from September 2009 to July 2020, and was supported by the Chinese government.

“There’s been a huge array of sensitive and valuable trade secrets, technology, data, information, personal individual information, that has been stolen by hackers operated from China, both for their own gain, and with the assistance and the benefit of the Chinese government’s Ministry of State Security (MSS),” U.S. Attorney William D. Hyslop for the Eastern District of Washington told reporters.

According to the indictment, the alleged hackers conspired with the MSS to infiltrate the systems of 13 U.S. companies and 12 international companies engaged in industries including civil and industrial engineering, software development, pharmaceutical research and development, medical device development, defense technology, energy procurement, space and satellite technology, among others. In addition to the specific firms listed in the charging document the prosecutors said hundreds of victim companies were targeted. Defendant Li allegedly threatened to expose a target victim’s stolen source code on the internet unless the victim transferred to Li $15,000 in cryptocurrency.

In total, the defendants together with the Chinese government are responsible for stealing hundreds of millions of dollars worth of trade secrets, intellectual property, and other valuable information, Hyslop said.

Two pharmaceutical companies located in Massachusetts and California are listed in the complaint, along with a medical device manufacturer in Massachusetts. The alleged breaches infiltrating pharmaceutical companies are said to have taken place between February and March of 2019, before the outbreak of COVID-19. Breaches impacting the device company occurred during the same time period, as well as in January 2020.

Demers said that although the hackers also recently researched vulnerabilities of biotech firms working on COVID-19 vaccines, treatments, and testing, the department does not allege that information from those firms was actually obtained.

Demers also blasted China’s 2025 “Made in China” plan, calling it as much of a roadmap to theft as it is a guide to innovation.

“The indictment specifically outlines how stealing intellectual property from the companies in these high-tech industries can help Chinese companies replicate the targeted technology and eventually edge out their non-Chinese competitors,” he said.

The comment echoed those of Attorney General William Barr who on Friday held a press conference to warn American companies of Chinese companies that seek to exploit American know-how.

FBI Deputy Director David L. Bowdich said despite the Chinese government’s state sponsorship of “economic coercion,” the indictment does not mean that the U.S. should avoid doing business with China, or welcoming Chinese students or visitors.

“Our concern is not with the Chinese people, or Chinese Americans,” Bowdich said. “What we are concerned about is with the Chinese government and the Chinese Communist Party.” The deputy director warned other nations that they should closely consider their alliances with China based on its government’s “little regard for international law.”

The department’s indictment was originally filed on July 7.