UNITED NATIONS (AP) — The U.N. special envoy for Yemen blamed Houthi rebels for the failure to renew a six-month-long truce and called on the warring parties to demonstrate “leadership, compromise and flexibility” and urgently renew and expand the deal that brought the longest period of calm to Yemen since its devastating civil war began in 2014.

Hans Grundberg told the U.N. Security Council that after important recent discussions with regional partners in Abu Dhabi and Oman’s capital Muscat on the way forward he personally believes “there is a possibility for the parties to come to an agreement.”

The initial two-month truce agreed to on April 2 by Yemen’s internationally recognized government and Iranian-backed Houthi rebels was extended twice, until Oct. 2. The failure to renew it, Grundberg said, “has caused new uncertainty for the country and a heightened risk of war.”

The U.N. envoy outlined his proposal for a six-month extension and expansion of the truce, saying the government engaged “positively” with the final revision but the Houthis “came up with additional demands that could not be met.”

The proposal included the continued halt to offensive military operations, a transparent “mechanism” to pay civil servant salaries and pensions, the phased opening of roads in the Houthi-blockaded city of Taiz, a commitment to urgently release detainees, and establishing “structures” to start negotiations toward a cease-fire and end to the conflict.

Grundberg welcomed the restraint shown by both sides since the truce expired, saying there has been no major military escalation, “only sporadic exchanges of artillery and small arms fire in frontline areas in Taiz, Marib, Hodeida and Dhale.”

He said the achievements of the truce “should not be underestimated”: a 60% decrease in casualties, 56 commercial flights transporting almost 27,000 passengers, a three fold rise in the fuel products delivered to Hodeida ports over 2021, and “face-to-face meetings of the parties under U.N. auspices on military de-escalation and road openings in Taiz and other governorates.”

Yemen has been engulfed in civil war since 2014, when the Houthis took Sanaa and much of the northern part of the country, forcing the government to flee to the south, then to Saudi Arabia. A Saudi-led coalition that included the United Arab Emirates and was backed at the time by the United States, entered the war months later, seeking to restore the government to power.

The conflict created one of the worst humanitarian crises in the world while becoming a regional proxy war in recent years. More than 150,000 people have been killed, including over 14,500 civilians.

Assistant Secretary-General for Humanitarian Affairs Joyce Msuya told the council in a video briefing from Hodeida that she spent six days traveling in Yemen and has seen clearly “the havoc that this conflict has wreaked on civilians.”

“Land mines and other explosive hazards have continued to be the main cause of civilian casualties,” she said. “In September, 70 civilians were reportedly killed or injured by land mines, improvised explosive devices and unexploded ordnance.”

Msuya said civilians face many other “perils” beyond the conflict, stressing that “the country’s deteriorating economy and collapsing basic services are the main drivers of people’s needs.”

“I saw markets with food and basic goods, but at prices that most people simply cannot afford,” she said. “I visited hospitals and schools that lack basic equipment, and met doctors and teachers who are not being paid enough — if at all.”

On a positive note, she said “some gains have been made in preventing famine.”

According to new estimates to be released Friday, Msuya said, “17 million people will be facing acute food insecurity during the last three months of this year.”

“While this is still an alarmingly high number, it is 2 million people less than earlier projections,” she said. “Moreover, the number of people estimated to be in famine-like conditions is projected to go down from 161,000 people to zero.”

Nonetheless, Msuya said that while the U.N. appeal for Yemen has received $2 billion — more than half from the United States — it is still only 48% funded and urged donors to fill the gap. 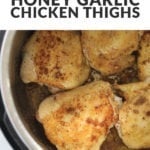 Previous post Instant Pot Chicken Thighs w/ Honey Garlic Sauce
Next post What Does a Lawyer – Client DWI Retainer Agreement Look Like? And, What Does it Mean?