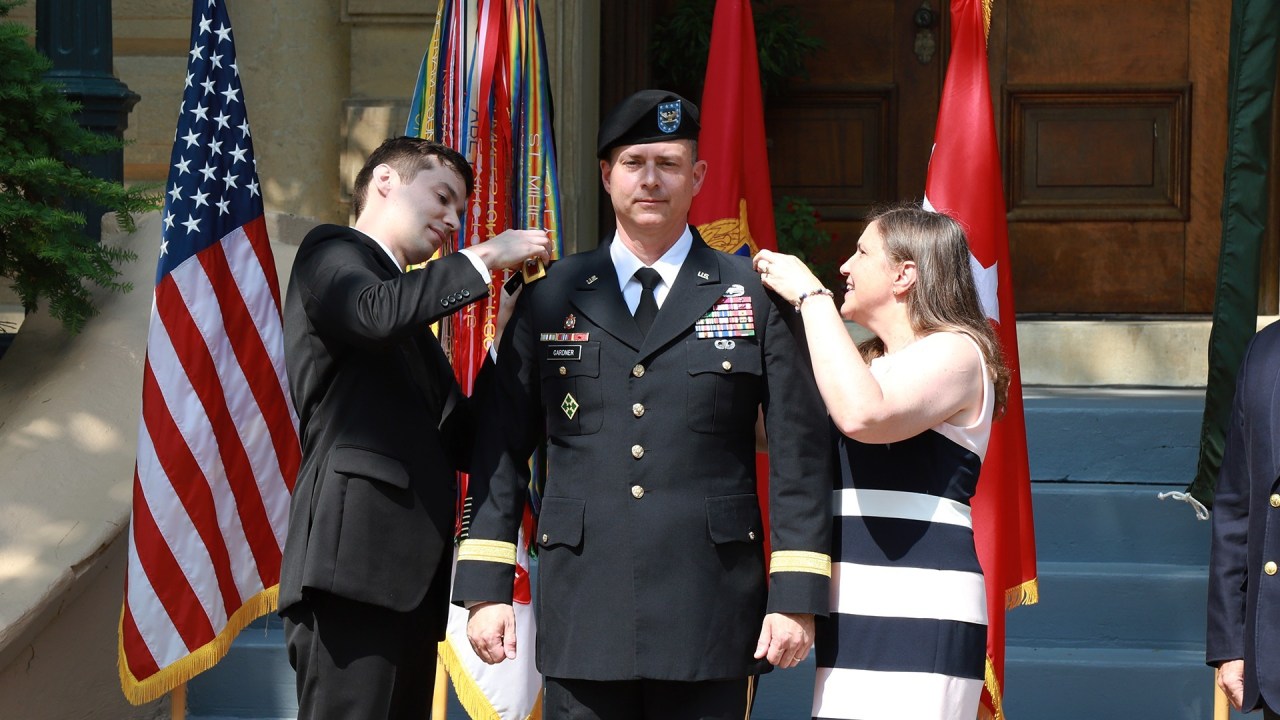 Perna, under whom Gardner served multiple times throughout their military careers, highlighted Gardner’s leadership abilities and the manner in which he treats his Army teammates.

“People are ready to follow him anywhere,” Perna said. “Why? Because they trust him. They believe in him. He cares for them. He takes responsibility for people, for his Soldiers, for their families. He knows how to lead an organization to solve problems, not symptoms.”

A member of a third-generation Army family, Gardner commissioned as a second lieutenant in the Ordnance Corps in 1992. He attributed much of his success to his parents’ support.

“As Ralph Emerson stated, ‘the task ahead of you is never as great as the power behind you.’” Gardner said. “I cannot think of a better quote that represents how I’ve attained this incredible responsibility to serve as a general officer. It really starts with the parents. For me, it’s my mother and father. Both have served as a role model for me in my life.”

He also recognized the invaluable service and encouragement of Lisa, his wife of 29 years, and their two sons, Bryce and Pierce.

Gardner graduated from the University of Georgia with a bachelor of business administration and earned the honor of Distinguished Military Graduate. He also earned a master of science in logistics management from the Florida Institute of Technology and a master of Arts in National Security and Strategic Studies from the U.S. Naval War College.