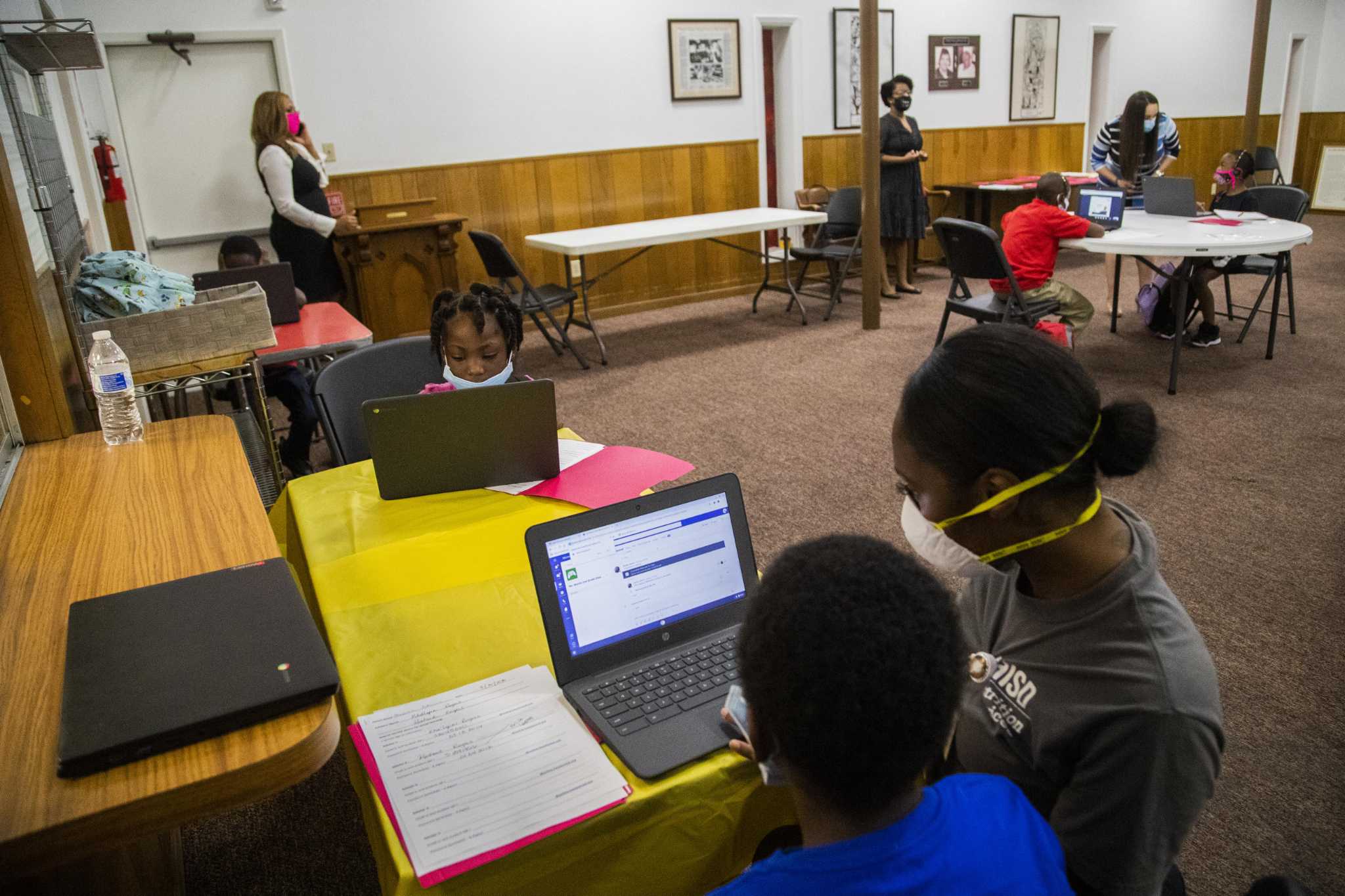 As she scrambled to find a computer and internet access for her two elementary-age children last week, Jamesha Adams struck out at every turn.

Stores she visited were sold out of affordable laptops, iPads and LeapPads. Some internet providers did not service her downtown Houston neighborhood. Houston ISD did not have take-home devices available for her 6-year-old daughter Kha’lyia and 8-year-old son Rashard, who attend Blackshear Elementary School.

“I was really about to lose my mind completely, because I really couldn’t find internet, and it felt like everybody bought up everything that dealt with internet,” Adams said Tuesday as she dropped off her children at a learning center hosted by HISD.

While school districts across Houston have spent millions of dollars and countless hours to outfit all students with technology for virtual classes, thousands of families have begun the school year still lacking essential online access, according to state data and local education officials.

The shortcoming is particularly acute in some of Greater Houston’s highest-poverty neighborhoods and districts, where students already struggle to keep up academically with their peers. Without at-home technology access, students will miss valuable instruction time or be forced to attend in-person classes amid the COVID-19 pandemic, which disproportionately impacts lower-income families and communities of color.

“The pandemic has exposed severe inequities in our region, city and school district,” HISD Interim Superintendent Grenita Lathan said. “The technological divide in our community is one of the worst of those inequities.”

From the outset of the pandemic nearly six months ago, obtaining at-home technology for the region’s million-plus students has been a top priority for local and state education leaders. Virtually every local district ordered computers, tablets and wireless internet hotspots starting in the spring.

However, the global spike in demand for student technology and virus outbreaks in Chinese manufacturing hubs have strained supply chains, causing shipment delays and monthslong waits for devices. In addition, some districts did not begin ordering large amounts of technology until the summer, while others ordered too few devices early in the pandemic.

Recognizing the looming shortage, state education and government officials announced plans in mid-July to tap $200 million in federal pandemic relief funds and partner with school districts to make bulk purchases. They hoped to use Texas’ size to increase its buying power, lowering the cost of technology and speeding up deliveries.

Texas school districts have ordered about 750,000 laptops, Chromebooks, iPads and other computer devices as well as roughly 300,000 hotspots, through a state-sponsored collective coordinating bulk purchases known as Operation Connectivity.

“It became clear that districts were facing real challenges both around pricing and delivery times, and it seemed like they had absolutely no control over it,” said Gaby Rowe, the project lead for Operation Connectivity. “They were really at the whim of who they happened to be talking to that had the technology.”

State officials, however, say the technology is starting to arrive.

Roe said she expects districts will have all hotspots and nearly 200,000 iPads in hand by the third week of September, while the “overwhelming majority” of laptops and Chromebooks will land in October and November. While some of the technology will go immediately to families in need, many devices will help districts provide computers to all students, regardless of at-home access.

The size of Houston’s technology gap to start the year is not fully clear, though available data indicates tens of thousands of students may remain without access.

Comp-U-Dopt, a Houston nonprofit that refurbishes computers and provides them free of charge to students through a weekly lottery, said it continues to see significant demand from families even after supplying about 15,000 devices in six months.

In August alone, Comp-U-Dopt received about 6,400 new lottery applications for computers, with the greatest concentration in the northern, southeastern and southwestern areas of Houston. The new applications brought Comp-U-Dopt’s rolling total of computer requests to 62,725 since March, though some lottery applicants likely have received computers from other sources since the spring.

“The need is really spread across the region: Aldine, Sheldon, Spring, Houston,” Comp-U-Dopt CEO Megan Steckly said. “My takeaway is that this is an incredibly solvable problem, and it’s not being solved by the districts.”

In HISD, district officials said 12,200 students enrolled in the district still needed a computer, at-home internet or a combination of the two on Tuesday. Those families are being invited to one of 36 learning centers with technology and adult supervision, though HISD reported only 681 students attending on Wednesday.

When Aldine ISD resumed online-only classes in mid-August, the district had not yet received a single one of the 19,400 computers it ordered directly from vendors, Chief Financial Officer Tamika Alford-Stephens said. Aldine officials estimated this summer that nearly 10,000 out of roughly 65,000 students in the high-poverty district did not have a computer at home.

On HoustonChronicle.com: Houston ISD plans to benefit from county investment in school tech

Other districts, however, have reported better success in getting deliveries.

Spring ISD officials said they received slightly more than half of their 20,200 computers and all 1,000 wireless internet hotspots ordered from vendors since mid-March.

Similarly, Alief ISD leaders said all students in need were outfitted with technology by the start of online-only classes in early August, aided by an early order of about 16,000 hotspots. While the access provides a short-term solution for families, district officials are planning to better incorporate technology needs in long-term plans.

For Adams, who works for a food truck operator and private security patrol company, her family only can return to normal once in-person classes resume. While Adams lauded HISD for opening learning centers, she lamented the challenge families face while still learning from home.

“Whether I had the internet or not, it would have been hard,” Adams said. “We can’t take the kids with us to work, and we can’t be working and trying to help them with school.”

Editor’s note: This story has been updated with new information provided Wednesday night by Houston ISD and to correct the spelling of Gaby Rowe’s name. 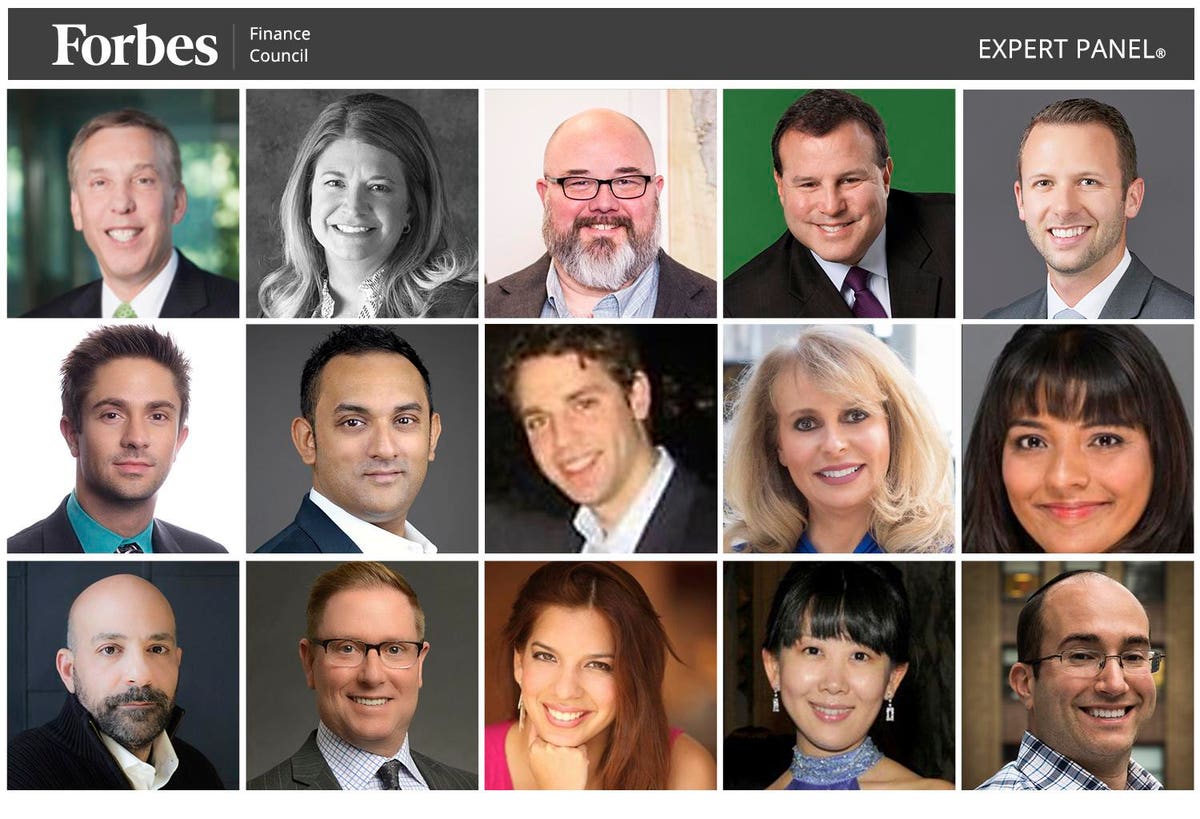