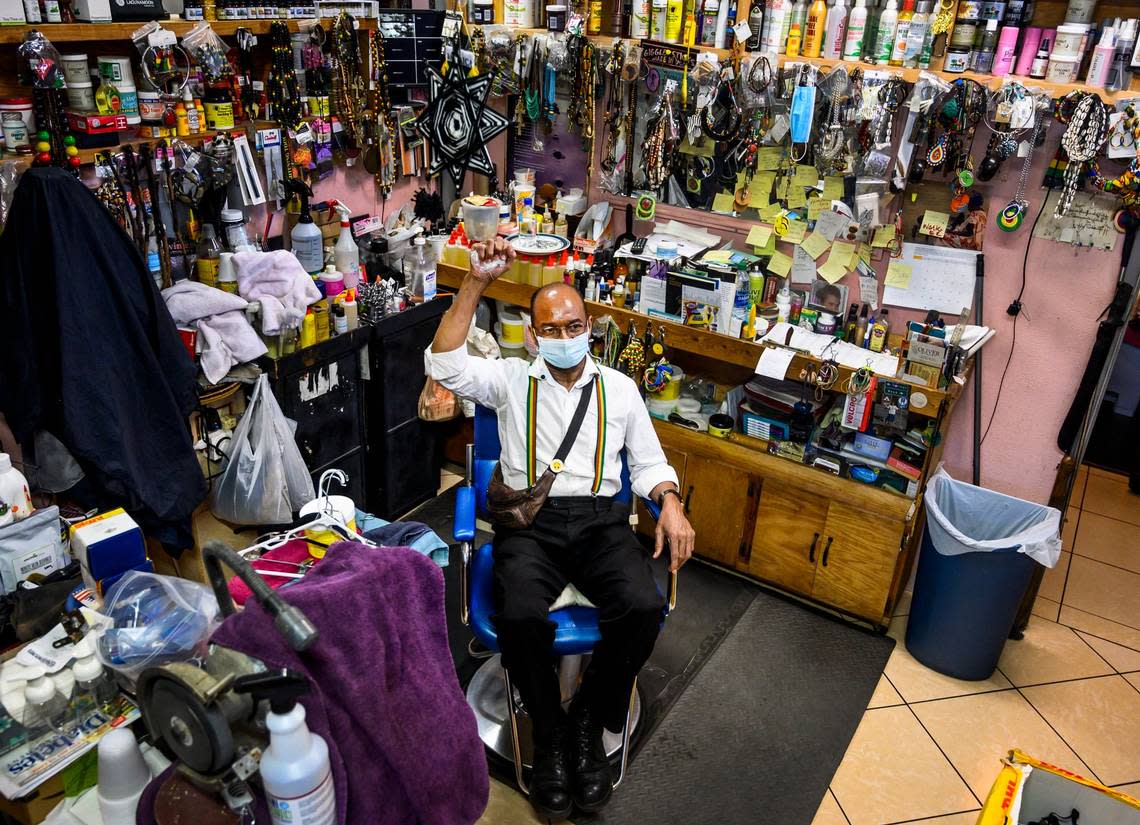 Jay Brown, owner of King of Curls on Freeport Boulevard, has survived in the Sacramento business scene for 50 years by being nimble and finding market niches, starting with hair-styling for Black customers, then adding dreadlocks and hair braiding.

He now faces a new challenge.

Amid a dangerous surge in COVID-19 cases, Gov. Gavin Newsom on Monday ordered the shutdown of a broad swath of businesses in most of California, including hair salons.

Brown’s reaction is to adapt. He had already begun selling imported African-American clothing and he just got a large shipment of distinctive West African face masks to sell along with gloves and hand sanitizer. He’s going to ask the city for a tent permit to sell more clothes in his parking lot.

Will it work? Brown, 72, is crossing his fingers that he’ll be able to pay the rent while his hair-styling business is idled. “You have to know how to transition,” Brown said. “What choice do you have? You have to come up with something new, you know?”

Newsom’s new business shutdown orders are sweeping. Statewide, they include closure of indoor dining, wineries, movie theaters and other venues. The governor also closed hair salons, health clubs, houses of worship, indoor malls and other locations in 29 counties covering the vast majority of the state’s population, including most of the Sacramento area.

All told, the governor’s order represents a serious setback to regional and statewide economies that were just starting to get back on their feet from the original March stay-at-home order. Newsom’s new closure order doesn’t turn the clock back completely – notably, stores that aren’t confined to indoor malls can stay open – but economists say it will translate into a second wave of unemployment for untold numbers of Californians.

“We know there will be damage,” said Sanjay Varshney, an economist and finance professor at Sacramento State.

Newsom ordered the closures in hopes of stemming a month-long surge of coronavirus infections in California that has led to increased hospitalizations and a renewed fear that hospital intensive care units could get overwhelmed, as they did in New York during the spring.

A Sacramento Bee analysis shows 27 of California’s 58 counties are now registering positivity rates – that is, the rate of tests for COVID-19 coming back positive – above 5 percent, the standard set by the World Health Organization for safely reopening economies.

The timing of Newsom’s order is bad in many respects. The $600 in weekly additional unemployment benefits disbursed by Congress will run out in late July. Many of the hundreds of Sacramento-area companies that received Paycheck Protection Program forgivable loans from the U.S. government have burned through their money.

“The expectation was, in a couple of months we as an economy would be back on our feet again, and corona would go away,” said Virginia Varela, chief executive at Golden Pacific Bank in Sacramento, which processed Paycheck Protection loan applications.

Business owners said the psychological toll on their employees might be harder than it was the first time they were furloughed in March.

“There’s a whole different level of disappointment,” said John Pickerel, co-owner of the Buckhorn Grill restaurant chain, where dozens have been furloughed in the past week.

Unemployment in Sacramento was falling

As the economy started to reopen, unemployment rates have subsided. The Employment Development Department said Friday that the statewide rate fell to 14.9 in June and 12.8 percent in the Sacramento area.

So what happens now? It’s almost a certainty that unemployment will go back up again. “Too bad we can’t celebrate the good news,” said Loyola Marymount University business economist Sung Won Sohn.

Yet Chris Thornberg, an economist at UC Riverside, said the increase won’t be as bad as it was in the early weeks of the pandemic. That’s because he believes most people aren’t as afraid of the coronavirus as they were initially.

“You’ll see a pullback in spending, but not this massive decline you saw early on,” Thornberg said. And once the virus has passed, “this economy is going to come roaring back,” he said.

Yet some experts believe the recent surge in infections will have enormous ripple effects on the economy.

Look at tourism. Travel to the Lake Tahoe area picked up nicely as the economy started reopening, but the bulk of the basin’s visitors stayed home – and will continue to be wary of traveling now that the pandemic has intensified, said Carl Ribaudo, a tourism consultant based in South Lake Tahoe.

“If you see that California’s (infections are) going through the roof and they’re shutting down the restaurants … you’re less likely to take a trip,” Ribaudo said.

There’s the fear factor, and there’s the confusion factor. Jonathan and Crystal Young are confused.

The Youngs own Vintage Rose hair salon in downtown Auburn. Because Newsom’s crackdown is targeting indoor activities, they’d like to pivot to outdoor hair styling, using a deck next to their salon that can handle three styling stations, six feet apart.

But the state is sending them mixed messages. They watched the governor announce Monday yesterday that barber shops and hair salons have to close “unless they can be modified to operate outside or by pickup.”

But when they asked the state Board of Barbering and Cosmetology for guidance, they were told state law forbids outdoor haircuts and styling. “We are trying to seek some sort of clarification and consistency across the administration,” Jonathan Young said . “The governor seems to be shooting from the hip on these issues.”

Veronica Harms, a spokeswoman for the state Department of Consumer Affairs, which oversees the Board of Barbering and Cosmetology, said in an email to The Sacramento Bee that there are safety concerns about outdoor work, but added, “we are looking deeply at this question and exploring options going forward.”

Mai Nguyen, executive director of Community Partners Alliance of Little Saigon, would like some answers now.

Nguyen said the dozens of nail salons in the south Sacramento business district are frustrated that they’re being forced to close just weeks after reopening. She said some salons would be willing to operate from their parking lot, if only the governor would give his blessing.

While the city of Sacramento is promoting its al fresco dining program for restaurants, no one’s lifting a finger for the nail salons, she said. The situation “is going to shut a lot of doors, unless we come up with an alternative way to generate some income.”

Karr is president of California Family Fitness, the health-club chain with 19 gyms in the Sacramento area, and he’s going through the same painful exercise he went through in March. He said the toll on his business is mounting.

“This kind of start-stop, start-top – you’re not going to be able to keep going very long if you have to keep re-closing,” he said.

In fact, Karr said he isn’t sure what he’ll do when he gets the green light to reopen his gyms.

“I’m going to be hesitant to reopen because in a week or two we might have to shut down again,” Karr said. “Every time we close, the confidence of our customers is lessened.”

In the meantime, in an effort to earn revenue, he plans to open makeshift health clubs outside five of his locations, including weight machines and swimming, as early as Friday.

Problems abound for business operators. Take Sports Fever, the fan-apparel chain that operates 20 stores in California, for other reasons. The forced closure of 13 of its locations comes just as the NBA season is about to resume and Major League Baseball prepares for its long-delayed Opening Day – two events that could spur merchandise sales.

“We’re about to get sports back, and we have to shut down again,” Sports Fever general manager Caleb Turner said from the chain’s headquarters in El Dorado Hills. The closures have taken out some of Sports Fever’s top-performing locations, including Arden Fair mall in Sacramento and the Westfield Galleria at Roseville. About 100 workers have been furloughed.

David Garrick, the CEO of DeVons Jewelers, a Sacramento chain with a dozen stores, is wrestling with a major uncertainty caused by Newsom’s order: Can DeVons afford to continue paying for health care for his furloughed employees, like he did in March?

“It helps with retention,” he said. “It’s a goodwill gesture. But it does come at a cost.”

For now, Garrick said the question of medical premiums “is still being discussed.” Half of DeVons’ stores have closed, including the locations at Arden Fair and the Roseville Galleria.

Not far from the Galleria, a restaurant called Q1227 – no longer able to seat customers inside – was scrambling Tuesday to set up rented tables and umbrellas in order to expand its patio dining.

General manager Tamara Bennett said the dining room had been packed to capacity almost every night since indoor dining resumed in early June.

“What I really enjoyed was watching people be normal again,” she said. “We had people dining who hadn’t been out in four months.”

Now the restaurant, which has been in business since December, is hoping outdoor dining will enable it to make ends meet.

“We’ll do this and we’ll see what the response is,” she said. “It’s now getting down to survival of the fittest. Who’s going to keep bouncing back? We’re determined to do it.” 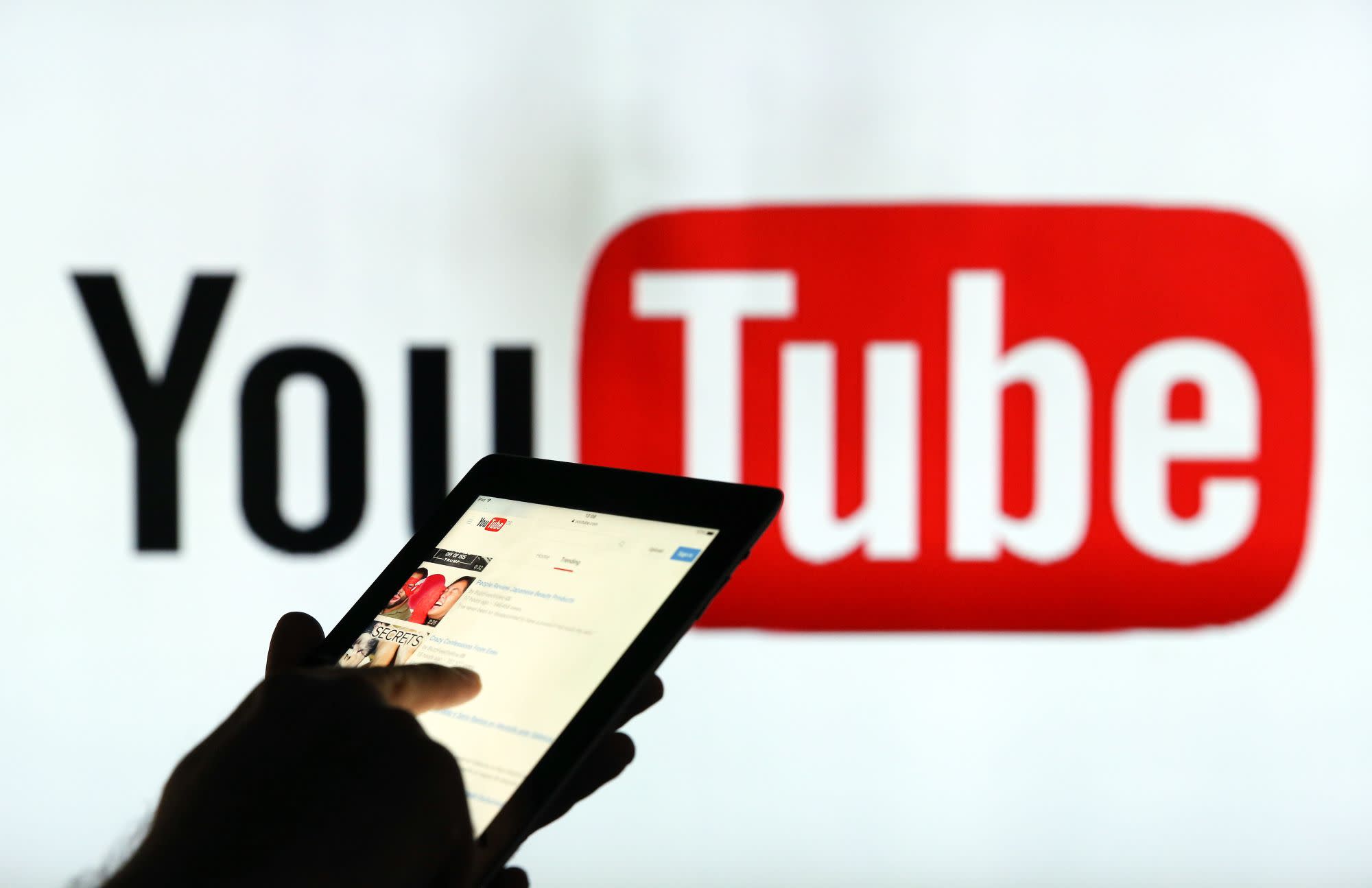 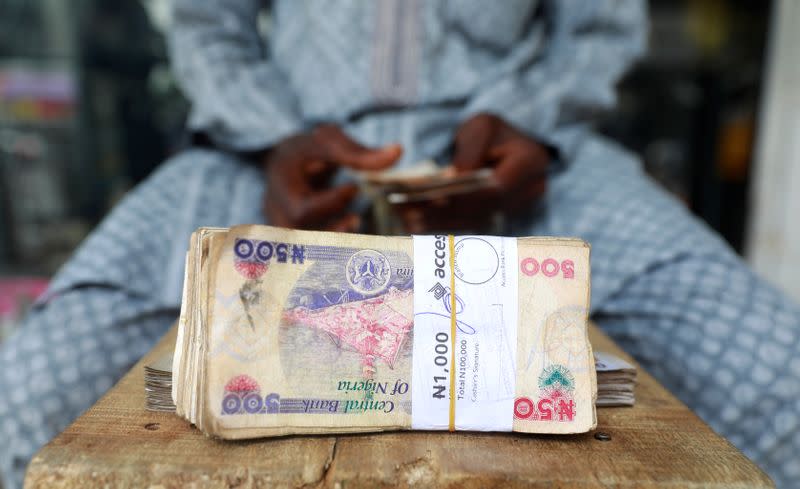