NEW YORK — As Wall Street donors arrived at a fundraiser for Joe Biden at a midtown Manhattan restaurant earlier this year, campaign staff members asked if they wanted to sign up for pictures with the candidate. More than a few of the bankers and private-equity investors politely declined, opting to mingle over glasses of wine instead.

It was Feb. 13, and Biden had just been thrashed in the New Hampshire primary after finishing poorly in the Iowa caucuses a week earlier. He was in desperate need of both momentum and money. Still, as Biden confided to the private-equity executive who co-hosted the event that night: Win or lose, he planned to “play my heart out to the very end,” the executive, Jon Gray, later recalled.

And finance executives have played a critical role in helping him do it. As Biden survived a turbulent winter to become the presumptive Democratic nominee running against President Donald Trump, the millions of dollars Wall Street denizens donated to Biden and outside groups supporting his candidacy have helped him build a strong lead in national polls.

Wall Street has fared extraordinarily well under Trump: deep cuts to taxes, slashed regulations and, until the pandemic hit, record stock prices. But in recent months, dozens of bankers, traders and investors said in interviews, a sense of outrage and exhaustion over Trump’s chaotic style of governance — accelerated by his poor coronavirus response — had markedly shifted the economic and political calculus in their industry.

More and more finance professionals, they say, appear to be sidelining their concerns about Biden’s age — 77 — and his style. They are surprisingly unperturbed at the likelihood of his raising their taxes and stiffening oversight of their industry. In return, they welcome the more seasoned and methodical presidency they believe he could bring.

“I’ve seen meaningful numbers of people put aside what would appear to be their short-term economic interest because they value being citizens in a democracy,” said Seth Klarman, founder of the hedge fund Baupost.

A longtime independent, Klarman was at one point New England’s biggest giver to the Republican Party. But in this cycle, he has given $3 million to groups supporting Biden.

Or as James Attwood, a managing director at the Carlyle Group and a former investment banker at Goldman Sachs, put it, “For people who are in the business of hiring and firing CEOs, Donald Trump should have been fired a while ago.” (Attwood contributed $200,000 in June to the Biden Action Fund, a joint committee with the Democratic National Committee.)

In May and June alone, the Biden Action Fund raised more than $11.5 million. That tally — a good measuring stick for Wall Street support because it was set up in part to draw contributions from that industry — included $710,000 from Josh Bekenstein, a chairman of Bain Capital, and his wife.

But Wall Street money has proved to be a double-edged sword for Democrats, as Hillary Clinton discovered when she was hounded four years ago for delivering private speeches to Goldman Sachs and other firms. Progressive voters and activists — many of whom backed Biden’s more liberal rivals in the primary — are particularly leery of any appearance of coziness with the finance industry.

“Everything you need to know about this, Joe Biden has said himself throughout his career — and repeatedly on the trail since the earliest days of this campaign,” said T.J. Ducklo, a Biden spokesman.

As a senator from Delaware, Biden has for decades had relationships with credit-card companies there, but less of a presence in the financial power center of New York. He has counted a small circle of finance executives as supporters. Marc Lasry, a founder of Avenue Capital, for example, held a fundraiser for Biden during his first run for president in 1988 and continues to back him now. Former hedge fund executive Eric Mindich and short-seller James Chanos have been supporters from well before the pandemic began.

It does not hurt that Biden has also not crusaded against Wall Street, the way his primary rivals Elizabeth Warren and Bernie Sanders did. Financial executives mostly seem to believe that while their taxes would rise in a Biden administration, they would not be subjected to the kind of “fat cat” rhetoric that soured some of their relationships with former President Barack Obama.

“Rich people are just as patriotic as poor people,” Biden told donors at a fundraiser at the Carlyle Hotel in Manhattan last year. At a Brookings Institution gathering in 2018, he said, “I don’t think 500 billionaires are the reason why we’re in trouble.”

Biden’s more benign stance toward the finance industry has provoked skepticism among advocates for stricter regulation.

“When the candidate doesn’t have a clear plan on something like Wall Street reform, it tilts the playing field toward what is probably the most powerful industry in the world,” said Carter Dougherty, a spokesman for Americans for Financial Reform, an advocacy group. “We need more than ‘not Trump appointees’ when it comes to financial regulation.”

While Wall Street financiers tend to be more socially liberal, they have collectively swung back and forth between parties. Data from the Center for Responsive Politics show the securities and investment community donating more to President George W. Bush in 2004, and then to Obama in 2008, and then to Mitt Romney in 2012, followed by Clinton in 2016, than to their respective presidential rivals.

This year, it is Biden. Financial industry cash flowing to Biden and outside groups supporting him shows him dramatically out-raising the president, with $44 million compared with Trump’s $9 million.

Last month, multiple Wall Street bundlers, including Alan Leventhal, chief executive of Beacon Capital; Nat Simons, who runs a clean-tech investment fund; and Gray, Blackstone’s president, held virtual fundraisers for Biden. The giving has been so robust that the Biden campaign is now asking for at least $1 million in donations before it will confirm the former vice president’s attendance at an event, bundlers said.

As the checks roll in, the Biden campaign has been carefully cultivating its relationship with the business community, with a focus on Wall Street. The outreach has included offering private briefings before major policy rollouts and dangling various donor packages for the upcoming, and mostly virtual, Democratic National Convention.

Ducklo said the call was one of dozens the campaign held with a variety of groups, including members of the labor and small-business communities.

Nonetheless, how Biden might affect their wallets is a major concern for industry executives who aggressively fought the implementation of new regulations after the financial crisis of 2008. Some in the business community have suggested tweaks to the former vice president’s tax and economic policies in ways that might soften the impact for companies.

At a July meeting with campaign staffers and a handful of Wall Street participants, Charles Phillips, chairman of the software company Infor and a onetime Morgan Stanley tech analyst, argued that Biden should not make huge expenditures on infrastructure and other new programs without also identifying spending cuts.

“We can fund some of this by getting more efficient and getting rid of waste that no one will miss,” Phillips recalled saying.

In addition to those watching the policy details, many financiers are closely attuned to Biden’s selection of a running mate, arguing that they might reconsider their votes if he were to choose someone like Warren, whose campaign sold coffee mugs that read “Billionaire Tears” in a nod to her proposed wealth tax on the superrich.

Some in the finance industry are concerned about Warren’s emergence as an informal policy adviser, and the possibility that she could be installed as Treasury secretary.

Biden’s policy platform on the issues affecting Wall Street’s most affluent players has been relatively sparse. He has proposed a series of tax increases on businesses and wealthy individuals, including raising the top marginal income tax rate and taxing capital gains as ordinary income for the richest Americans. But he has not embraced a wealth tax like Warren’s, nor has he rolled out any kind of detailed policy plan focused on financial regulation.

Since Biden became the presumptive Democratic nominee, the campaign has appointed Rufus Gifford, a former finance director for the 2012 Obama campaign, as a deputy campaign manager overseeing the money operation nationwide. Gifford is in regular touch with Wall Street donors, coordinating a slew of virtual fundraisers and discussing campaign issues with deep-pocketed financiers.

In recent meetings with donors, Biden has said that while the wealthy are going to have to “do more,” the details of his tax hikes are still being hammered out, according to someone who has attended multiple fundraisers but requested anonymity to discuss private conversations. At a virtual fundraiser held in late July, the candidate spoke of the need for corporate America to “change its ways.” But the solution, he said, would not be legislative.

Back in February, Biden had taken a precious day off the trail to collect a critical $800,000 at two New York fundraisers, including the one Gray co-hosted.

“You’re putting me in a position to be able to be very competitive,” Biden said, thanking his Wall Street supporters.

A few of his finance industry donors, looking back, have privately remarked how the evening turned out to be the most quintessential of Wall Street plays: seeing a distressed asset at that time, and buying low.

This article originally appeared in The New York Times. 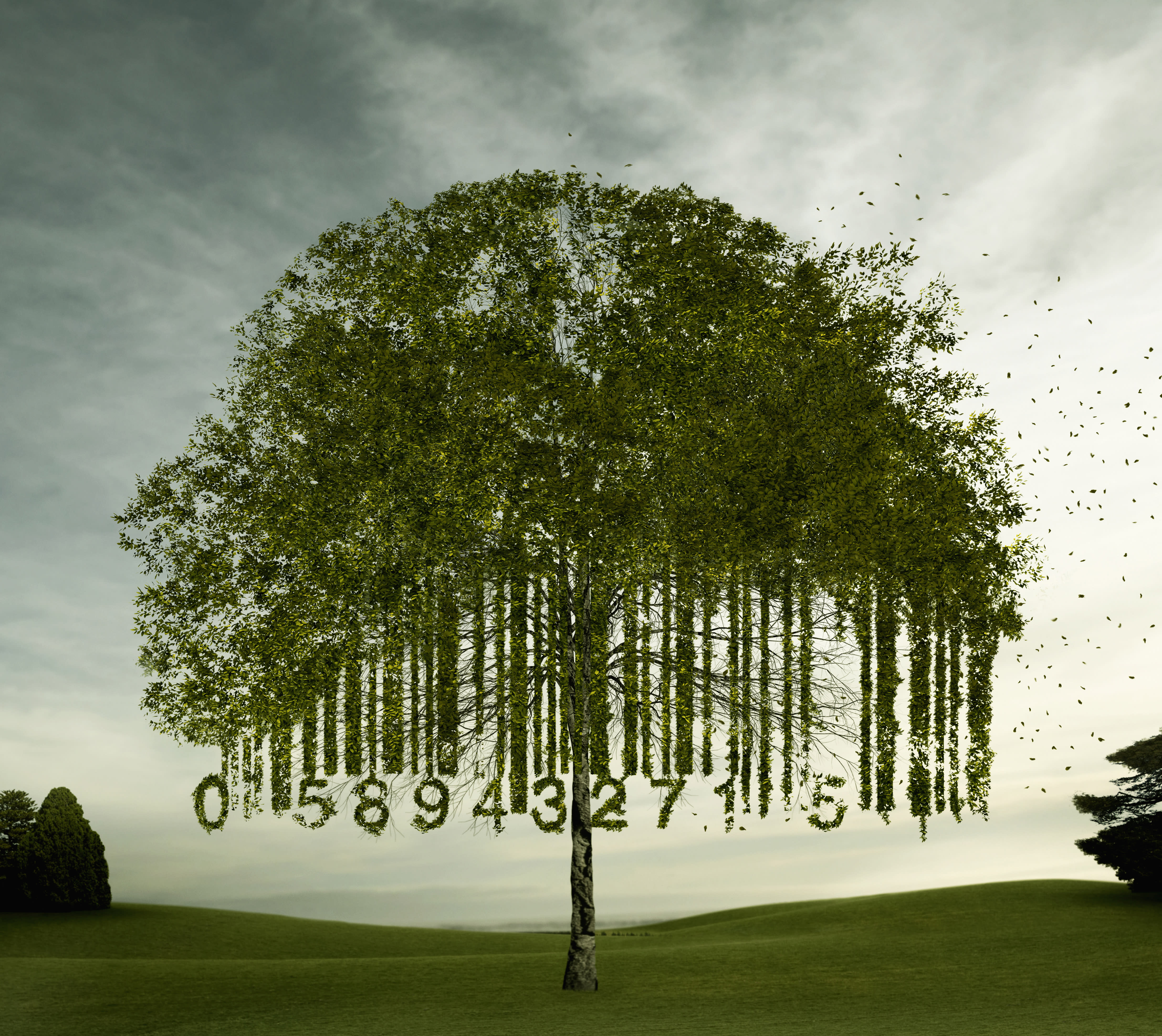 Next post The key to making your company greener? A strong finance team