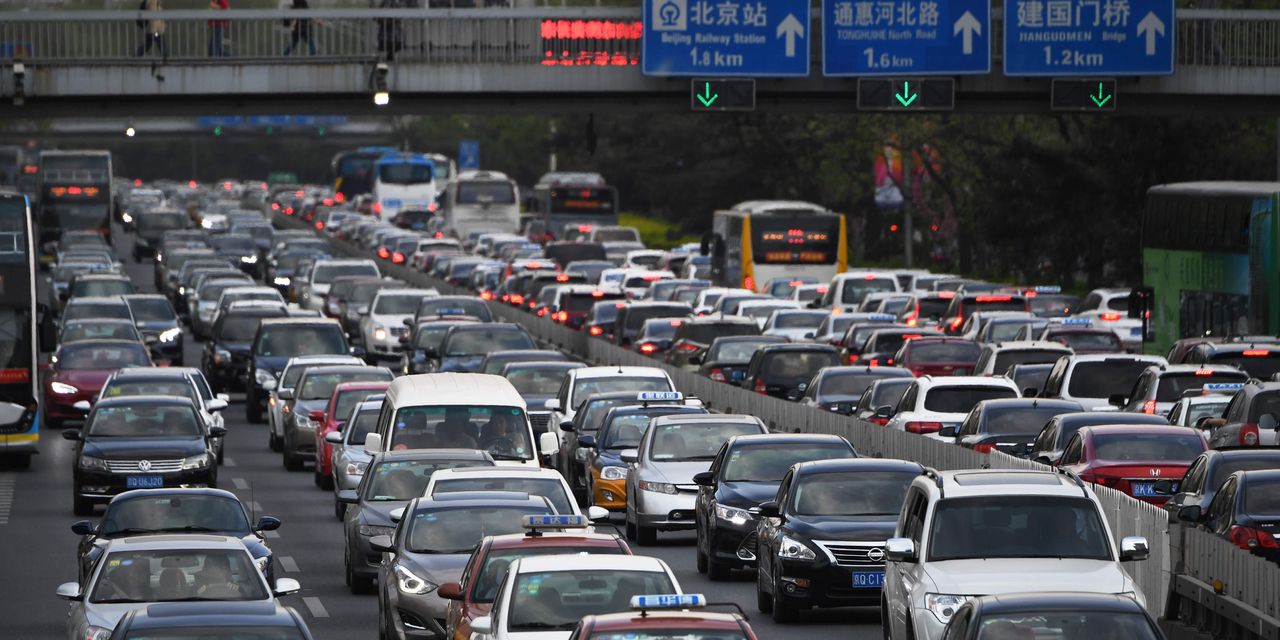 Of my many international students at Cornell, those from China are among the most eager to take up driving in America. Partly this is due to the popularity of cars in China, the most rapidly motorizing nation on earth. But it’s also because traffic in China and the U.S. follows the same rule of the road. Vehicles in both countries drive on the right. Learn to drive here and you can drive there.

China didn’t always drive right; before World War II its traffic ran on the left. That changed at midnight on Dec. 31, 1945. As the new year dawned, traffic throughout the land shifted from one side to the other. It was the work of

of the U.S. Army, whom President

had tapped to replace

as commander of American forces in China. Wedemeyer’s move was intended, at least ostensibly, to reduce accidents on China’s roads, which were clogged by American jeeps and trucks. But he likely had an ulterior motive.

The Japanese occupation of China prompted Wedemeyer’s decision. By early 1945, imperial troops had been forced out of Burma and the Pacific islands. But two million remained in mainland Asia, mostly in southern China. To drive the Japanese out, Wedemeyer launched Operation Carbonado. It required the marshaling of two divisions of Chinese troops by air from Burma, then moving them 700 miles south from Chongqing to the coast in a convoy of American trucks.

But because the vehicles were driven on the “wrong” side of the road, traffic accidents ensued. After driver education campaigns failed, Wedemeyer proposed to

that China’s rule of the road be inverted. The generalissimo agreed. So did most Chinese; the move-left tradition had the mark of British imperialism.

Wedemeyer ordered a publicity campaign in preparation. “Posters were placed on telephone poles and shop windows,” he recalled in his memoir, “showing diagrammatically how traffic would move.”

But there was resistance. Editorials appeared in the local press “criticizing the idea of breaking an old Chinese tradition and urging the Generalissimo to reconsider.” Suspicious, Wedemeyer ordered an investigation. The source turned out to be the British Embassy, whose officials were convinced that Wedemeyer was preparing for an invasion of another sort—the sale of American automobiles.

They were probably right. The Japanese surrender on Sept. 2, 1945, mooted Carbonado. With U.S. Army vehicles soon to leave, there was no need to alter traffic across China. Yet the plan proceeded.

Why? Wedemeyer was a patriotic American, and he might well have had the U.S. automobile industry in mind. Changing China’s traffic would pave the way for American cars in a market long dominated by the British. Indeed, he recalled with pleasure the “thrilling experience of standing on the balcony of my tower apartment in the Cathay Hotel in Shanghai to watch the traffic at midnight change over to move along the right side of the road.”

It wasn’t until the 1980s that Detroit moved into China, and it was only possible because Mao chose to keep move-right traffic flow after 1949—the same pattern used by the Soviet Union. Today, China’s roads are flooded with Buicks, Teslas and Fords. That these—and all other vehicles—move on the right like those in Parsippany, N.J., or Peoria, Ill., is daily proof that America’s most universal export to China is not Hollywood or

but simply the way that we drive.

Mr. Campanella is an associate professor of city planning and director of the urban studies program at Cornell University.