The 8 most important things in the leaked FinCEN files, which exposed $2 trillion in suspicious transactions and are roiling the world of finance 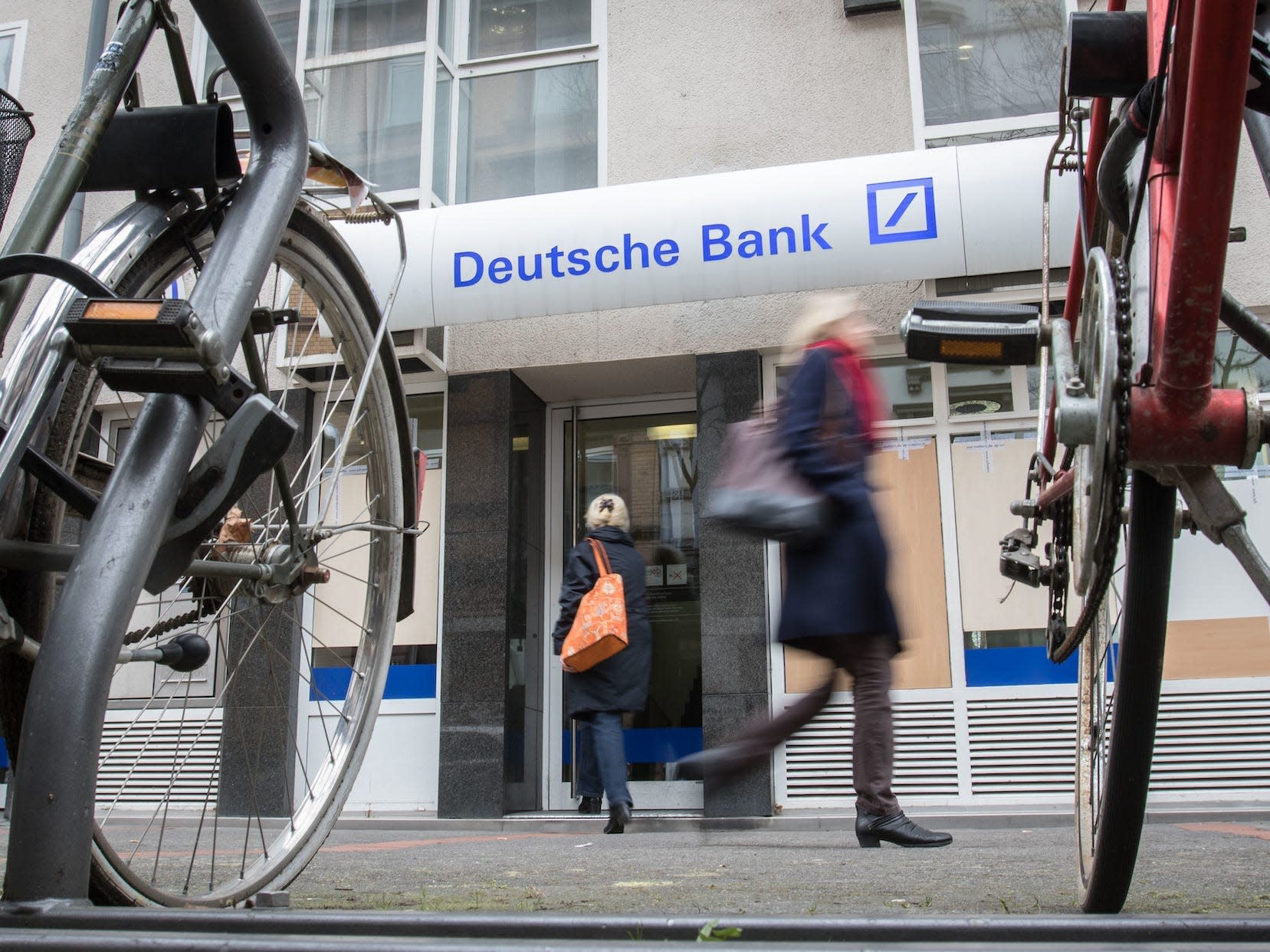 FinCEN is in charge of compiling “suspicious activity reports” sent to it by banks that suspect financial wrongdoing by their clients. SARs do not constitute evidence of wrongdoing, but they are a way to alert regulators and law enforcement to things that should be investigated.

The BuzzFeed News and ICIJ report said banks such as JPMorgan Chase, HSBC, and Deutsche Bank, among others, engaged with and facilitated the movement of criminal money even after raising suspicions.

The names of five big banks came up more than any others in the documents. Of the $2 trillion in suspicious transactions, $1.2 trillion of that moved through Deutsche Bank.

European bank shares — already under pressure from a resurgence of the coronavirus — have tumbled since the report was published. Deutsche Bank shares were down 5% as of 3:38 a.m. ET, while Barclays lost more than 6%.

HSBC allowed fraudsters involved with WCM777, an $80 million Ponzi scheme, to move money around the world, the BBC reported.

In 2013 and 2014, the bank moved fraudsters’ money from the US to Hong Kong, despite having recently promised to clamp down on money laundering, the outlet reported.

In 2012, after a Senate investigation, the bank was fined a record $1.9 billion for its role in channeling cash for what the investigators called “drug kingpins and rogue nations,” the BBC reported at the time.

But the following year, fraudsters working with WCM777 were able to move more than $15 million through HSBC, despite investigations warning the bank it was a scam, the leaked documents show.

The Ponzi scheme that ran out of WCM777 targeted poor communities in various nations and victimized thousands of Asian and Latino immigrants, according to the BBC and BuzzFeed News.

HSBC told the BBC it has always followed its legal duty in reporting the activity.

JPMorgan Chase along with Bank of America, Citibank, American Express, and others processed huge transactions linked to a Kazakh politician wanted by Interpol, BuzzFeed News reported.

The family of Viktor Khrapunov, a former mayor of Almaty in Kazakhstan, the country’s largest city, used JPMorgan Chase to handle millions of dollars in transactions, even after Interpol issued a red notice, the outlet reported.

At the time of the transactions, Khrapunov and his wife stood accused of several charges including money laundering, fraud, and the creation of an organized crime group, according to Newsweek.

They were convicted in absentia, having fled to Switzerland. They described the charges as politically motivated, BuzzFeed reported.

A close associate of Russian President Vladimir Putin may have used the UK-based Barclays Bank to avoid sanctions and launder money, the BBC reported.

Arkady Rotenberg, a childhood friend of Putin’s, is among several associates who were put under EU and US sanctions following Russia’s annexation of Crimea in 2014, the BBC reported. The sanctions were meant to restrict Rotenberg from conducting business with Western banks.

From 2012 to 2016, a company named Advantage Alliance moved $77 million through HSBC; the US Senate has said there is strong evidence that the company is owned by Rotenberg.

A Senate investigation found that the company was making secretive art purchases, using its Barclays account, to evade the sanctions, the BBC reported.

Barclays has denied any wrongdoing.

In 2011 and 2012, the UAE’s central banking system processed $142 million for the company, despite the transactions being labeled as suspicious, the BBC reported.

A New York branch of Standard Chartered Bank noted hundreds of suspicious transactions from the company and flagged them to the UAE’s central bank, the BBC reported. At the time, an Iranian connection was not mentioned.

While the UAE’s central bank said that it had alerted law enforcement and closed the accounts, Gunes General Trading still used other state-owned banks to funnel another $108 million until September 2012, the BBC reported.

In 2016, the US said the company was involved in a major sanctions-evasion scheme. The company has wound up within the past two years, the BBC reported.

The husband of a major donor to Prime Minister Boris Johnson’s Conservative Party has received money from a Putin-linked millionaire who is under US sanctions, the leaked documents show.

The files showed that Vladimir Chernukhin, the husband of Lubov Chernukhin — the Conservative Party’s biggest female donor, having given almost $2.2 million to the party — was given $7.8 million by an offshore company that could be traced back to a Russian politician and oligarch named Suleyman Kerimov.

Despite international sanctions that block North Korea’s access to the global financial system, the leaks show that more than $174.8 million is suspected to have been laundered by the state, NBC News reported.

Transactions flagged as suspicious between around 2008 to 2017 were cleared through US banks including JP Morgan Chase and the Bank of New York Mellon, according to the network, which has seen the leaks.

The transactions show all the hallmarks of money laundering, according to experts speaking to the network.