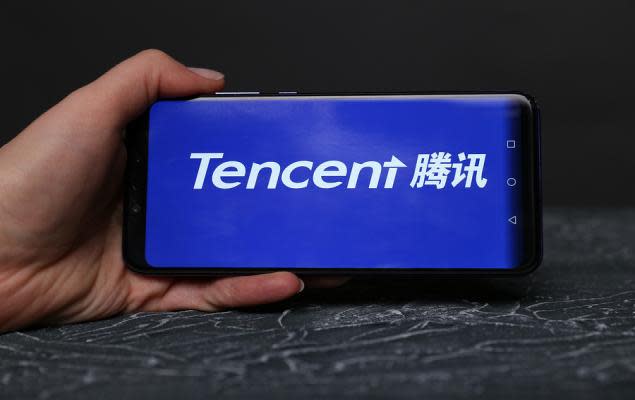 Let’s see how things have shaped up for this announcement.

Tencent’s second-quarter 2020 results are expected to reflect its rich gaming portfolio as well as strong distribution capability, especially as users followed lockdown guidelines due to the coronavirus outbreak.

The company is expected to have benefited from its dominance as one of the biggest game distributors in China, which is the world’s largest video game market, in terms of users and revenues.

Moreover, Tencent acquired Malaysian streaming platform –– iflix during the to-be-reported quarter. The China-based technology giant aims to expand the presence of its own platform WeTV with this buyout.

Markedly, iflix has an active user base of 25 million across 13 countries including Malaysia, Indonesia, Bangladesh and Thailand. Moreover, iflix has a vast library of curated and original content, which is expected to have boosted WeTV’s userbase.

Tencent’s international user base is expected to have expanded in the quarter under review, courtesy of PUBG Mobile, Honor of Kings and Peacekeeper Elite.

Additionally, Supercell’s Brawl Stars (one of the best performing original IP mobile titles in 2019), the Call of Duty Mobile game (crowned as the Best Mobile Game of the Year in 2019 by TGA, The Game Awards) as well as the new mode Teamfight Tactics within League of Legends are expected to have contributed to the company’s international revenues in the to-be-reported quarter.

Further, Tencent has been tacitly testing a mobile-based streaming network — Trovo Live — in collaboration with a U.S.-based affiliate since early 2020. Trovo, which is similar to Amazon’s AMZN Twitch in appearance and functionality, offers popular games like Grand Theft Auto and Destiny 2, apart from its own popular games like Fortnite and PUBG Mobile. Tencent’s foray into American social media is expected to stir up competition with Twitch.

The company launched Cloud Office Portfolio in the first-quarter, which encompasses a variety of collaborative office products such as Tencent Meeting, WeChat Work, QQ, Tencent Doc, TAPD, Lexiangla, and CODING. It is expected to have contributed to active user growth, thereby driving the top line in the to-be-reported quarter.

Also, growth in digital content revenues, owing to video streaming subscriptions and live broadcast services, is expected to have aided social network revenues, especially as millions of people were confined to their homes due to the coronavirus pandemic.

Meanwhile, Tencent is trying to integrate its cloud gaming services into its video streaming platform, Tencent Video, and messaging platforms, QQ and WeChat, which have a monthly active user reach of 731 million and 1.15 billion, respectively.

However, media advertising revenues from platforms, including Tencent Video and Tencent News, are expected to have taken a hit due to uncertain broadcasting schedules and fewer telecasts of sports events in the quarter under review.

What Our Model Says

According to the Zacks model, the combination of a positive Earnings ESP and Zacks Rank #1 (Strong Buy), 2 (Buy) or 3 (Hold) increases the odds of an earnings beat. But that’s not the case here.

Here are a couple of companies, which, per our model, have the right combination of elements to post an earnings beat in their upcoming release.

The Hottest Tech Mega-Trend of All

Last year, it generated $24 billion in global revenues. By 2020, it’s predicted to blast through the roof to $77.6 billion. Famed investor Mark Cuban says it will produce “the world’s first trillionaires,” but that should still leave plenty of money for regular investors who make the right trades early.

Want the latest recommendations from Zacks Investment Research? Today, you can download 7 Best Stocks for the Next 30 Days. Click to get this free report