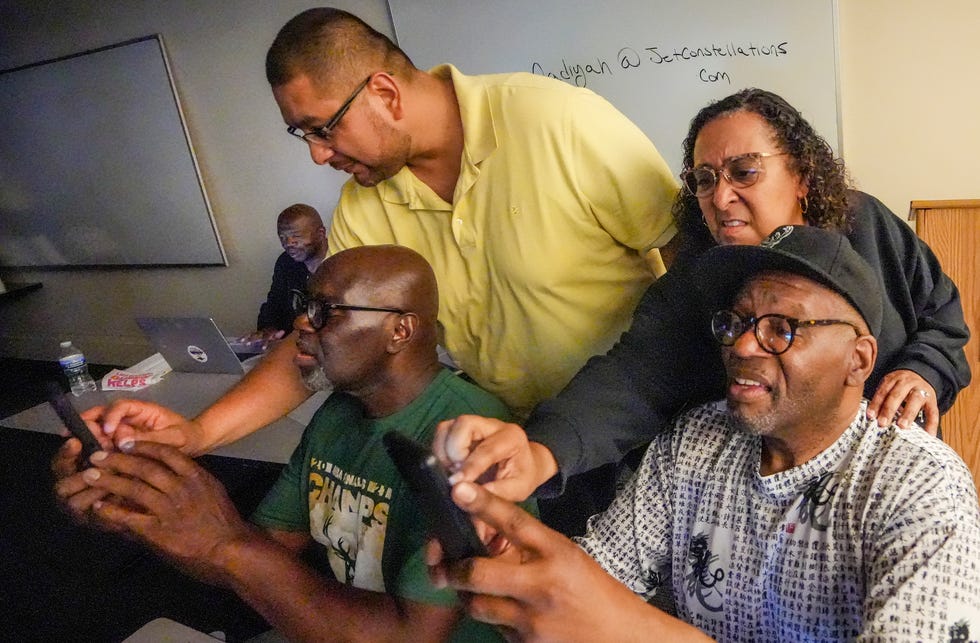 The internet was still in its infancy when John F. Coburn went to prison in 1991.

Video cassette recorders or VCRs were still popular. CDs were just beginning to replace cassette tapes and movies were still rented at brick-and-mortar stores like Blockbuster.

A lot changed in the 32 years Coburn spent in various Wisconsin state prisons. Released this May, Coburn came back to a world vastly different from when he left. Video streaming services replaced Blockbuster. And with a few clicks on a keyboard people can now take pictures, watch a movie, buy clothes, and even a car — all on a smartphone.

That fast-paced change of technology many come to expect overwhelmed Coburn.

When a friend told Coburn about a program that helps returning citizens learn basic computers and internet skills, he quickly signed up.

“I just want to become effective in using my laptop and phone, because the smartphone is basically used for everything,” Coburn said.

Advances in technology have left behind many returning citizens, like Coburn, who’ve served long stints in prison.

Learning how to use the internet — or even basic computer skills — is key to successfully reintegrating into a society and a work environment that has become more tech-driven.

Without it, the chances of recidivism increase; those recently released from prison can have a hard time finding employment, reconnecting with family or even filling out a job application.

The Bridging the Tech Gap for Returning Citizens program teaches basic computer skills and how to set up email, secure personal data, use social media and navigate smartphones.

Ruben Gaona and Eli Rivera created the program with the help of Nadiyah Johnson of the Milky Way Tech Hub to develop a computer literacy curriculum for people who were incarcerated. Gaona and Rivera co-founded The Way Out, a justice and technology organization supporting returning citizens with employment assistance and technology training.

“Our hope is just to get people baseline knowledge and understanding of what is this incredible information highway, how do you get on it and then, more importantly, how do you maximize your potential by leveraging technology,” said Rivera, The Way Out’s CEO.

Any person who served time can sign up for the Bridging the Tech Gap for Returning Citizens program. But it is geared toward what Rivera and Gaona called “lifers” — those who have spent decades behind bars. Participation depends on the crime committed, as certain offenses preclude access to computers.

The program welcomed its second group of 10 participants earlier in June. Participants receive a Chromebook when they complete the four-week, 12-hour program.

Rivera and Gaona are seeking funding to offer the program quarterly.

Gaona and Rivera are no strangers to the criminal justice system. Rivera served two years in a federal prison in Oxford for manufacturing marijuana, but technology didn’t evolve as quickly during his stay.

Gaona wasn’t so lucky. He served seven years for a drug conspiracy conviction. He got a rude awakening by how fast technology changed when he was released in 2017.

“When I left, we were still doing paper applications to apply for jobs,” said Gaona, The Way Out’s COO. “Now, coming out, we have to do online applications.”

He recalled that it took four hours to fill out an online application for a job as a case manager with ResCare, a home and community-based health services provider. He kept getting error messages.

“I was so nervous and so scared of everything I was putting in,” he said.

Gaona understands what many in the program are experiencing. For him as well as others in the program, the biggest tech challenge came from a little device many cannot live without — cellphones.

They weren’t that sophisticated when Gaona went away. At the time, he used “chirpers,” walkie-talkie like phones, that didn’t break when dropped.

“When I would type, it was (difficult) just getting my finger used to how small they are,” Gaona said.

It became apparent that computer literacy was needed when Rivera and Gaona launched the program in March. The first day of class was spent teaching participants how to mute their phones.

“When the class started, the phones started ringing and they’re like, ‘I don’t know how to turn it off,’ ” Gaona said. “Society automatically expects someone nowadays to know how to do that.”

Teaching someone to type is the easy part because they can hunt and peck with one finger, Gaona said. The challenge is teaching people to how to set up electronic resumes, how to put in an online application, fill in a W-2 form or set up a personal email with a user name that isn’t offensive or suggestive.

“Technology, in a way, if you don’t know it, you are gonna be left behind,” Gaona said. “It is gonna be a lot harder to find employment. Employment is one of the biggest factors when it comes to reducing recidivism.”

Navigating the internet also means participants must know how to recognize bogus websites, so they won’t become victims of identity theft when entering personal information. It also means understanding what cookies are, what makes a strong password and how to remember it.

“Tech hygiene is really important, getting folks to understand how to be safe on the internet and not have someone take advantage of you,” Rivera added.

It’s still a learning curve for Coburn, who served time for sexual assault. He and other participants recently learned how to search Google for pictures and insert them into a PowerPoint presentation. He has even gotten the hang of his cellphone and is amazed at the different ways one can communicate with it — texting, emailing and Facetime. He hopes this will gives him the skills to go into real estate.

“I am learning how to work my phone and a laptop more easily, but sometimes it can be stressful,” he said, adding that even the TV remote can be challenging.

Coburn counts success in small batches, like creating an online resume with his smartphone.

“My niece taught me how to do that,” he said. “I am learning as I go along, and I think the main thing that’s really going to help me is my desire and hunger to learn.”

The biggest difficulty many returning citizens face goes beyond technology.

They  “pretend” to know what they are doing and struggle because it’s hard for them to ask for help, Gaona said. To assist, Rivera and Gaona created the reentry support app, MyWayOut which lists resources for returning citizens.

“We don’t like to share what we don’t know because we already have that stigma that we are a formerly incarcerated person,” Gaona said.

“That stigma is really deep,” Rivera said, adding that a lot of returning citizens get frustrated and just give up. “We are not judging (them) at all. We are doing this because we know it is going to take time. It took a really long time to kind of get people to put those defenses down.”

Participants in the program also learn new technology, such as artificial intelligence and virtual reality.

Milky Way Tech Hub will help students who show promise continue to build skills so they can apply for jobs with companies partnering with Johnson’s organization. The goal, Johnson said, is to have returning citizens see themselves starting their own business or in tech jobs, some of which only require a certificate and pay up to $100,000.

“A four-year degree is no longer the only avenue to succeed in technology,” Johnson said. “What makes me really excited about technology is how it is continually becoming democratized and decentralized, putting it into the hands (and) power of the people,” Johnson said.

La Risa Lynch is a community affairs reporter for the Milwaukee Journal Sentinel. Email her at [email protected] 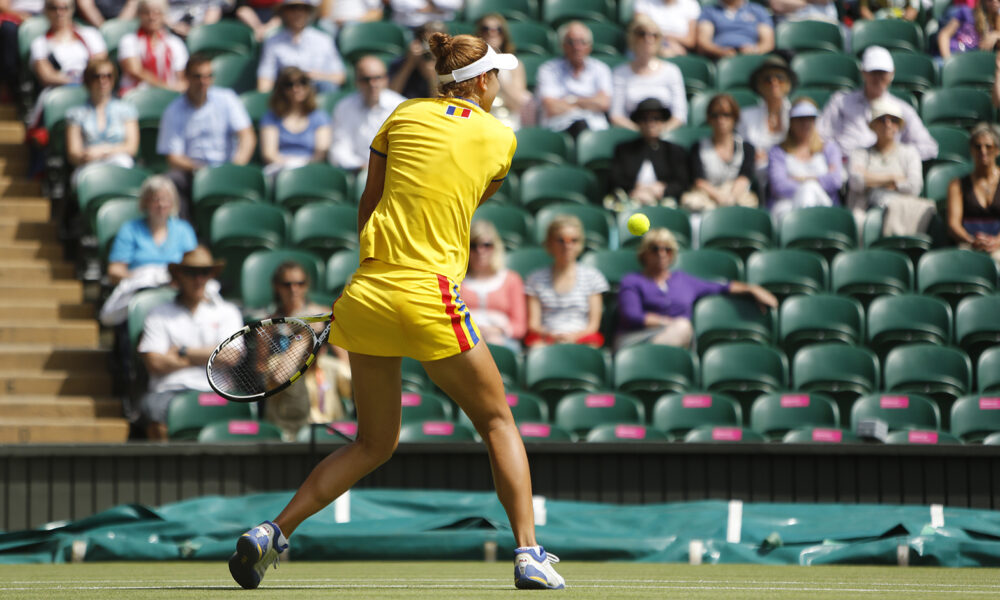 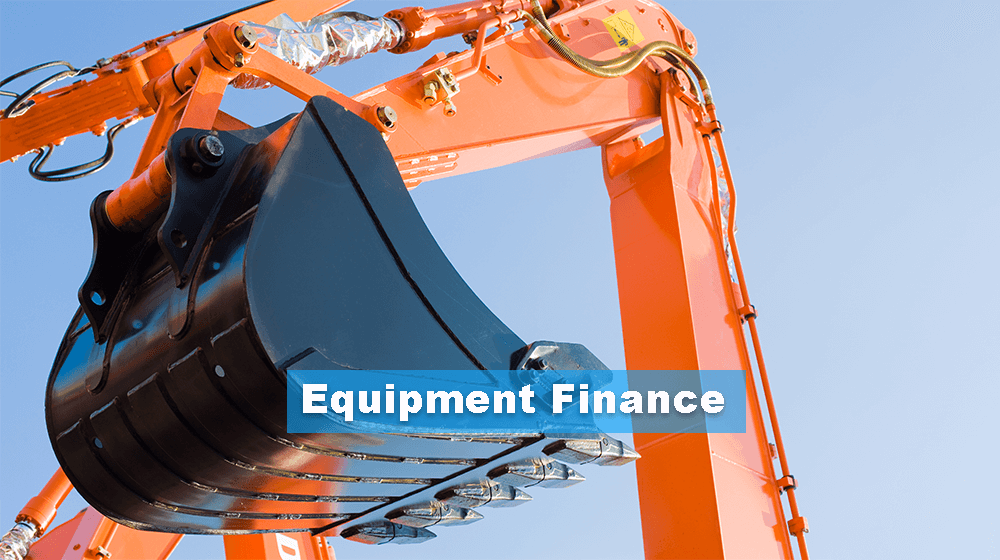 Next post What is Equipment Finance? – Small Business Trends