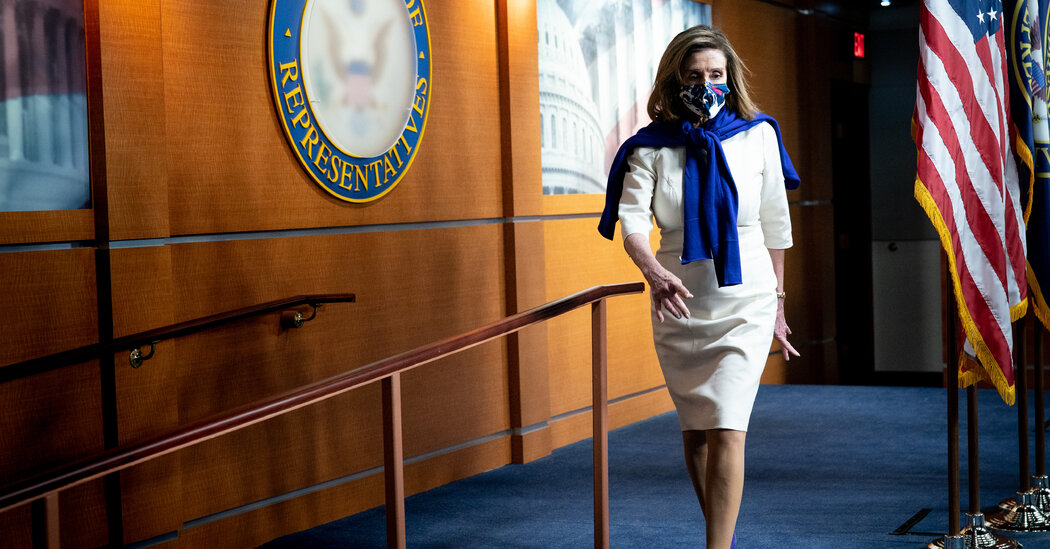 Hundreds of dollars in direct payments may start going to American households as soon as next week after Congress overwhelmingly passed a $900 billion stimulus package sending billions of dollars to individuals and businesses grappling with the economic and health toll of the coronavirus pandemic.

The long-sought relief package was part of a $2.3 trillion catchall package that included $1.4 trillion to fund the government through the end of the fiscal year on Sept. 30. It included the extension of routine tax provisions, a tax deduction for corporate meals, the establishment of two Smithsonian museums, a ban on surprise medical bills and a restoration of Pell grants for incarcerated students, among hundreds of other measures.

Though the $900 billion stimulus package is half the size of the $2.2 trillion stimulus law passed in March that provided the core of its legislative provisions, it remains one of the largest relief packages in modern American history. It will revive a supplemental unemployment benefit for millions of unemployed Americans at $300 a week for 11 weeks and provide for another round of $600 direct payments to adults and children.

“I expect we’ll get the money out by the beginning of next week — $2,400 for a family of four — so much needed relief just in time for the holidays,” Treasury Secretary Steven Mnuchin said on CNBC. “I think this will take us through the recovery.”

President-elect Joseph R. Biden Jr., who received a coronavirus vaccine on Monday with television cameras rolling, has insisted that this bill is only the beginning, and that more relief, especially to state and local governments, will be coming after his inauguration next month.

Lawmakers hustled on Monday to pass the bill, nearly 5,600 pages long, less than 24 hours after its completion and before virtually anyone had read it. At one point, aides struggled simply to put the measure online because of a corrupted computer file.

The legislative text is likely to be one of the longest ever, and it became available only a few hours before both chambers approved the bill. In the Senate, the bill passed 92 to 6. It will now go to President Trump for his signature.

Another dose of relief is finally on the way for the millions of Americans facing financial distress because of the pandemic.

Congress on Monday night passed an economic relief package that would provide a round of $600 stimulus payments to most Americans and partly restore the enhanced federal unemployment benefit, offering $300 for 11 weeks. The agreement also contains provisions related to student loans, rental assistance and medical bills.

How quickly the money reaches your pocket will depend on several factors, though. The New York Times’s Tara Siegel Bernard and Ron Lieber have compiled a list of answers to your questions about pandemic relief, including:

The pandemic aid bill contains $285 billion for additional loans under the Paycheck Protection Program — the government’s small-business program created under the CARES Act — through March 31, while doing away with the restriction that left more than $100 billion unspent over the summer. The New York Times’s Stacy Cowley reports on what we know based on outlines of the bill circulating among congressional officials on Monday: