Detroit. That I have a deep love of everything Pontiac is well known. I grew up immersed in this business – right in the thick of GM’s heyday – and Pontiac played a crucial role in both my formative years and my early advertising career. That’s why when GM took the bankruptcy pill in 2008, I was crushingly disappointed to learn that the Pontiac Division was one of the assets to be jettisoned. (And Hummer, too, but fortunately that nameplate has now returned.)

It’s hard to believe now, but Pontiac was just another GM division back in the mid-50s. It had a lineup of stodgy cars, and there was nothing to write home about. The division existed under the GM corporate umbrella, but it was decidedly lacking in just about everything when compared to GM’s other divisions: Buick, Cadillac, Chevrolet and Oldsmobile. But that would all change when Bunkie Knudsen was appointed a GM vice president and the division’s general manager in July of 1958. Knudsen was given the assignment to inject some life into the division and increase sales, and he was given carte blanche to do it.

As a reminder, if you were a GM vice president and divisional general manager back in the day you were akin to a potentate running a small country. GM’s divisional general managers had immense power with responsibility for engineering, manufacturing, sales and marketing. Thinking about that in comparison with how things operate today, it doesn’t seem real, because it was so dramatically different from today’s car business it’s like reading from a fairytale book. But make no mistake, it was very real, and GM’s divisional general managers were like giants roaming the earth, swashbuckling their way through the day-to-day of the business while making crucial, pivotal decisions on the fly. Remember, this was a business that debuted new cars every fall with new sheet metal and new features to go with them. Again, in comparison with how things are done today, it’s just jaw-dropping to contemplate how the business churned back then. Yes, as I’ve said many, many times before, it was a different time and a different era, but GM’s heyday was truly remarkable in that the corporation soared because of it, even with the bean counters trying to rein things in every step of the way.

But back to Bunkie and Pontiac. His first hires were two young and gifted engineers – Pete Estes from Oldsmobile and John Z. DeLorean from Packard. The charge to DeLorean was very specific: get Pontiac into the performance business right now. And since Bunkie was a huge racing enthusiast, everything was on the table, from NASCAR to drag racing.

And all of a sudden, hot Pontiacs stuffed with big V8s started to show up everywhere, from Daytona to Pomona. And even in our driveway. Since Bunkie and his wife were social friends with my parents, Bunkie started sending the hottest Pontiacs to our house specifically for my mom to drive. Beginning in the summer of 1959, we had a series of Bonneville and Catalina convertibles that were always bright red with a white top and a bright red interior. And they were always equipped with the hottest Pontiac engine at the time, which at first were 389 cu. in. V8s with 3×2-barrell carbs, and eventually 421 cu.in. V8s. Needless to say, my mom loved her hot Pontiacs. (And my brother and I did, too, especially since he had just gotten his license and we would “exercise” mom’s cars at every opportunity.)

The transformation of the Pontiac Division is a glorious part of GM lore. Pontiacs went from being practical transportation devices to some of the hottest cars in the industry. Offering performance engineering and styling that just weren’t available anywhere else, Pontiac rode a wave of popularity that took the business – and GM – by storm.

I say GM because, remember that part about GM’s divisional vice presidents being akin to potentates of their own countries? Well, that was true, until Pontiac – under Bunkie Knudsen’s tutelage – began to upset the pecking order within the company. Before Pontiac became a “problem” for the other general managers, the GM divisional hierarchy was clear: Cadillac was up and off to the side luxuriating in its own rarified world. Buick was next in terms of prestige, with the super-popular Chevrolet sucking up all of the air in the room because of its incredible sales numbers, followed by Oldsmobile, which just chugged along, and then the moribund Pontiac.

At least that’s the way it used to be before Bunkie and his “pirates” got rolling. All of a sudden, things had changed. Chevrolet, which pretty much had high-performance marketing opportunities cornered within GM, was being seriously pushed by Pontiac on all fronts. Chevrolet operatives became more incensed with each Pontiac foray into their territory, and the intramural battles between the two divisions spilled over all the way to GM’s vaunted 14th floor, with whining Chevrolet executives complaining to top GM execs that Pontiac was deliberately encroaching on Chevy’s territory. As you can imagine, this didn’t sit well with Knudsen and DeLorean & Co. The increasing sales numbers, however, were in Pontiac’s favor so GM’s top execs pretty much let Pontiac go, which added even more fuel to Chevy’s fire.

Then, in 1963, when GM issued its official ban against the participation in racing as corporate policy (a monumentally chicken-shit decision, by the way), the divisional general managers had to comply. (This is when Zora Arkus-Duntov, rather than destroying the Corvette Grand Sports, delivered them to trusted racer friends of the company, for basically free. And the company’s deeply embedded relationship with Jim Hall’s Chaparral cars went completely underground.)

The little-known collateral damage from that anti-racing ban was a GM internal edict that prohibited certain sized V8 from being put in “smaller” cars, which is a joke considering those smaller cars were huge by today’s standards. The Chevrolet operatives dutifully complied with the edict, while Pontiac operatives, led by DeLorean and Bill Collins – the gifted engineer who deserves most of the credit for this next piece of automotive history – decided to go in another direction. Before the racing ban, Collins had been busy stuffing Pontiac’s 389-cu.in. V8s into “intermediate” Le Mans bodies, and the result was, needless to say, magical. But when the edict took effect, Pontiac was specifically ordered not to stuff a V8 into a Le Mans to make it into a new Pontiac model.

Then, a bit of genius. Pontiac operatives decided to get around the ban by making the “GTO” a new option package on the 1964 Pontiac Le Mans. And the rest, as they say, is automotive history, as the original “muscle” car was born. Chevrolet operatives were apoplectic, but by the time GM corporate got wind of what was happening, the GTO option had become one of the most sought-after high-performance option packages in the industry. And by 1966 it became its own separate model.

Pontiac was red-hot, with its distinctive brand of high-performance engineering and some of GM Styling’s best designs coming in wave after wave. From there, Pontiac would pile success upon success, reaching, at one point, three million in annual sales. The rebels out in Pontiac, Michigan, had won.

And almost the best part? Pontiac was supported by sensational advertising, clearly some of the best and most memorable advertising in the car business at the time. That pissed off Chevrolet’s ad agency – Campbell-Ewald – on a regular basis, which made it even better.

As for the intramural battle between Chevrolet and Pontiac, it continued. Pontiac came out with the Grand Prix in 1962, and the long-nosed ’69 version pushed by DeLorean was another huge hit. Chevrolet came out with the Camaro in 1967, but the Pontiac Firebird to some, was better looking. The ’70 Camaro, which was dramatic in its own right, was undercut by the fabulous ‘70 Pontiac Firebird Trans-Am and Firebird Formula. As late as 1984, when Pontiac came out with the mid-engine Fiero, the battle continued. Chevrolet insisted that it could not encroach on Corvette territory, so the Fiero was restricted to a 4-cylinder at intro and got a V6 right before it was dropped. The 2nd-generation Fiero, which I had the pleasure of seeing, had “Corvette-killer” written all over it, but there was simply no way Chevrolet operatives were going to allow it to see the light of day, so they lobbied against it heavily, and it never did.

The Pontiac story is worth telling. And it’s not just because of the fabulous cars and nameplates like Bonneville, Catalina, Fiero, Firebird, Grand Prix, GTO and Le Mans. It’s because a bunch of maverick True Believers thumbed their noses at the corporate inertia that threatened to overrun GM at the time and dared to go up against an intramural corporate rival to deliver some of the finest and most memorable machines to come out of Detroit.

I had the pleasure of working on Pontiac advertising at D’Arcy MacManus & Masius from 1980-1985, and I will never forget it. Even though the business was rapidly changing and Pontiac was beginning to lose its identity within the GM corporate monolith, the spirit of the former ad greats that came before me and my ad colleagues was as intense, vibrant and visceral as it could be. And we worked to make them proud every damn day.

Is this a plea for GM to resurrect Pontiac? That is a hard “no.” Pontiac existed in a fleeting moment in time and left its indelible mark on automotive history – never to be repeated, but never to be forgotten.

And that’s the High-Octane Truth for this week.

Editor’s Note: This is Peter’s famous ad for the 1981 Pontiac Trans Am Turbo V-8. As Peter says, “It was a different time and a different era.” Truer words were never spoken. -WG 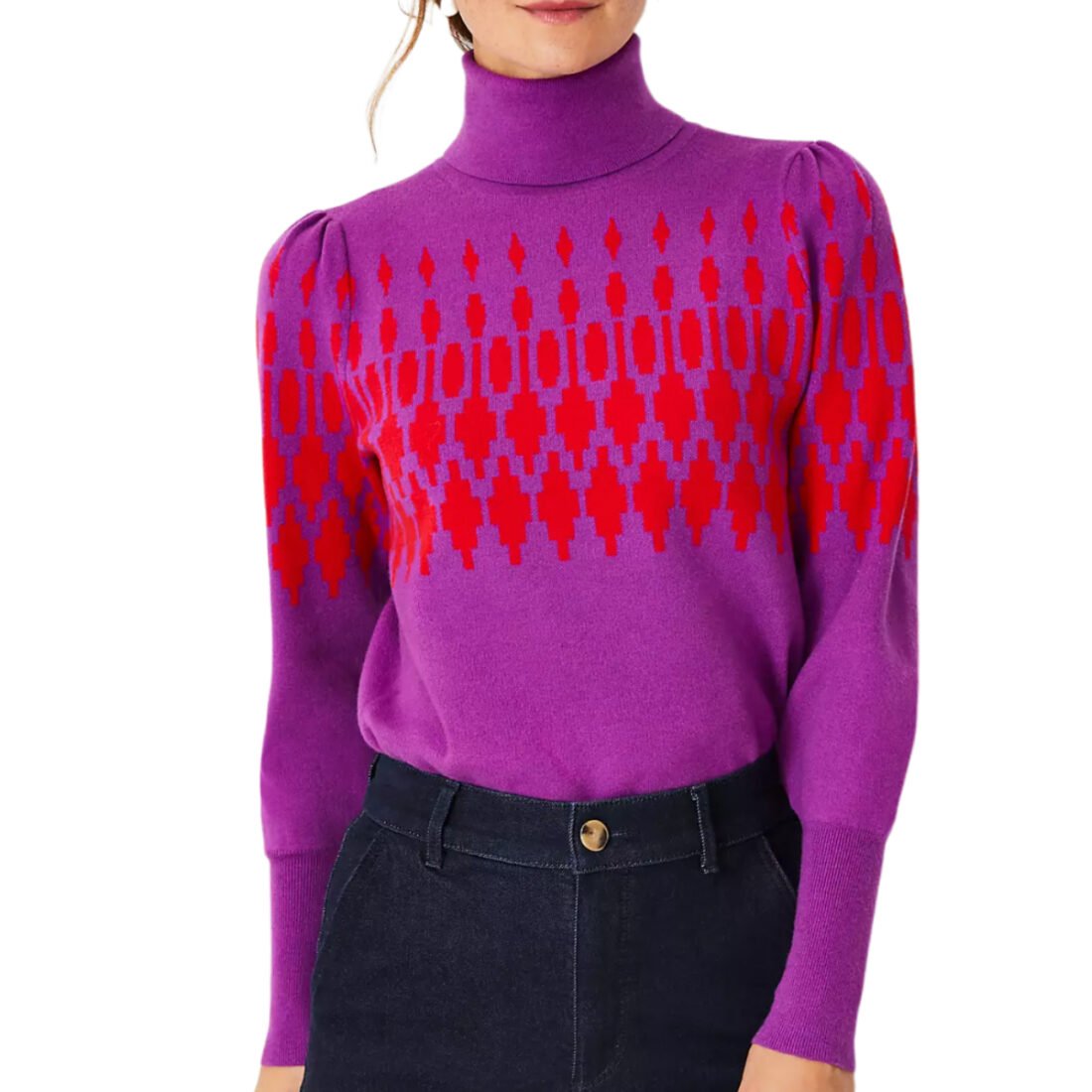 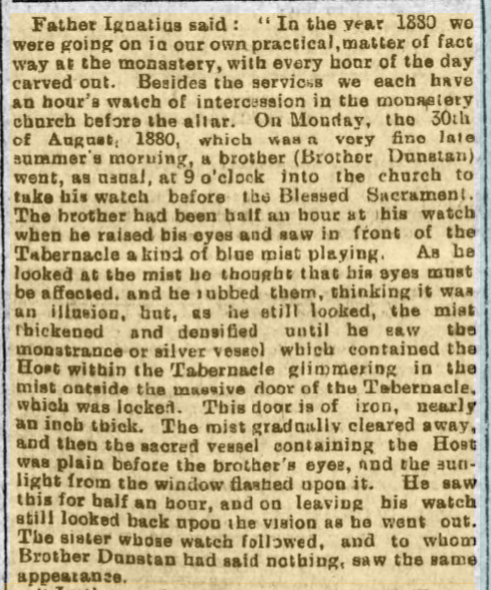