Singapore Changi Reinvents Itself for Return of Business Travel 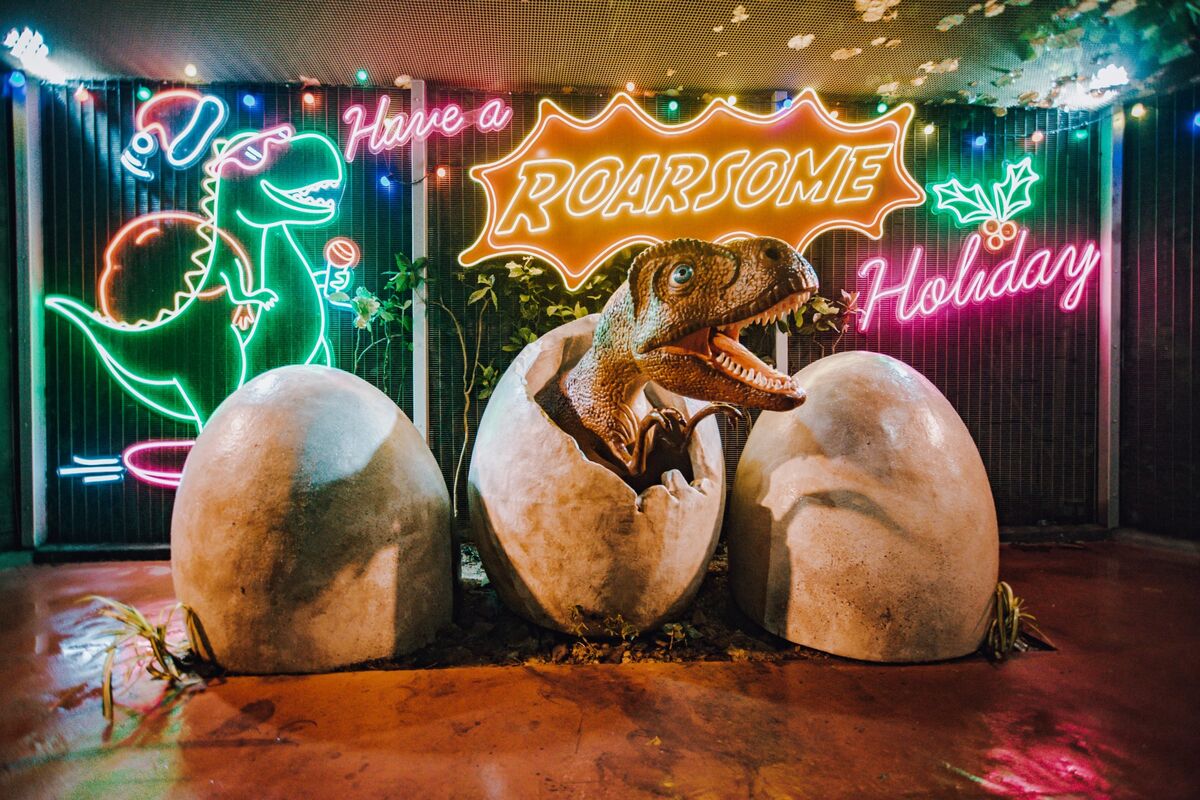 Singapore’s Changi Airport, rountinely voted the world’s best and a key part of the city-state’s psyche, is reinventing itself for the Covid era and beyond.

In a bid to keep people engaged until life returns to normal, it’s offering glamping for families at Jewel, the nature-themed entertainment complex open to the public, as well as a host of holiday offerings from canopy park tours that involve topiary walks and bouncing on a sky net, to seasonal dining menus.

With an eye further into the future, slices of the nearby Singapore Expo site are being transformed into a giant construction site as 840 guest and meeting rooms are built in short order — part of [email protected], a sprawling facility to house overseas business visitors as part of a bubble initiative.

“There are more people, especially on weekends,” said Jasmine Hoon, a server at Paris Baguette, a coffee shop in Jewel selling upmarket pastries and wraps. “Sales have gone up and the vaccines are also giving people hope.”

Nearby, children start making themselves at home in large white tents erected as part of the airport’s Glampcations in the Clouds initiative. People can stay overnight amid the greenery and wake to the sound of splashing water from the world’s largest indoor waterfall. Prices start from S$320 ($240) and slots have been fully booked for weeks.

The camping and holiday dining deals may be temporary measures but they’re all part of endeavors aimed at spurring activity at Changi, whose importance to the tiny city-state is hard to underestimate. Singapore Prime Minister Lee Hsien Loong was close to tears when he promised Parliament in September that “Changi will thrive again,” citing its opening in 1981 as a moment of immense national pride.

Because international visitors are such an enabler of other economic activity across the island — including food and beverage, retail and healthcare — it’s tough to calculate to what degree the closing of borders has hobbled Singapore’s economy. According to government figures, aviation alone accounts for about 3{09c3c849cf64d23af04bfef51e68a1f749678453f0f72e4bb3c75fcb14e04d49} of gross domestic product, with tourism contributing another 4{09c3c849cf64d23af04bfef51e68a1f749678453f0f72e4bb3c75fcb14e04d49}.

As 2021 dawns, Singapore’s success containing Covid is allowing it to open for business travel adapted to virus-era life, including convincing the World Economic Forum to move its annual jet-set meeting from Davos. While a return to pre-virus traffic is still far off, the green shoots are a welcome sign for a place synonymous with global trade and travel.

“If you think about the role of Singapore as a regional hub and the whole idea of connectivity and logistics facilitation, then Changi is quite critical,” said Selena Ling, head of treasury research and strategy at Oversea-Chinese Banking Corp.

The 13 square kilometer airport (five square miles) on Singapore’s easternmost point is operating two of its four terminals and has halted construction of a fifth for at least two years. Some retail outlets in the public and transit areas remain closed due to a lack of foot traffic.

There have been other setbacks, too. A highly anticipated air travel bubble with Hong Kong that would have avoided quarantine was delayed after a spike in cases in Hong Kong. Singapore Airlines Ltd. has been hit harder than some regional rivals because it has no domestic market to fall back on. The carrier reported its biggest quarterly loss in September and is cutting around one-quarter of staff in anticipation of still only operating near 20{09c3c849cf64d23af04bfef51e68a1f749678453f0f72e4bb3c75fcb14e04d49} capacity by the end of this month.

Some S$100 billion in stimulus has been pledged to shore up consumers and businesses so far, with more promised in the annual budget due later this year. About half is supported by funds from the nation’s usually off-limits reserves — a striking example of how unprecedented the downturn has been.

But with vaccines on the way — Singapore administered its first jab last week — hopes are rising.

In December, Singapore announced a new business travel lane that will allow people from anywhere to come without quarantine for short-term stays. They’ll have to reside at [email protected], which once finished in mid-2021 will boast more than 1,300 guest rooms and about 340 meeting rooms, and be subject to numerous Covid tests, including upon arrival and on days three, five, seven and 11.

“Ideally, you would like to have people free to move around, do what they want to do and spend where they want to,” but this is a “good alternative option” as we try to stamp out the virus, Temasek Holdings Pte Senior Managing Director Alan Thompson said. “This is an attempt to begin to open up and reinvigorate the air travel and hospitality sectors in Singapore.” The state investment firm, along with The Ascott Ltd. and Sheares Healthcare Group, is a backer of the facility.

And although the virus continues to rage in parts of Europe and the U.S., re-opening negotiations continue with other countries. Quarantine-free leisure travel has already opened from New Zealand, Brunei, Australia, Vietnam, Taiwan and China, and there are bilateral agreements with Japan, South Korea and Germany that make it easier for business travelers.

“We’ll make sure Singapore continues to hum along even with Covid-19,” he said. “We are all ready to rise again.”