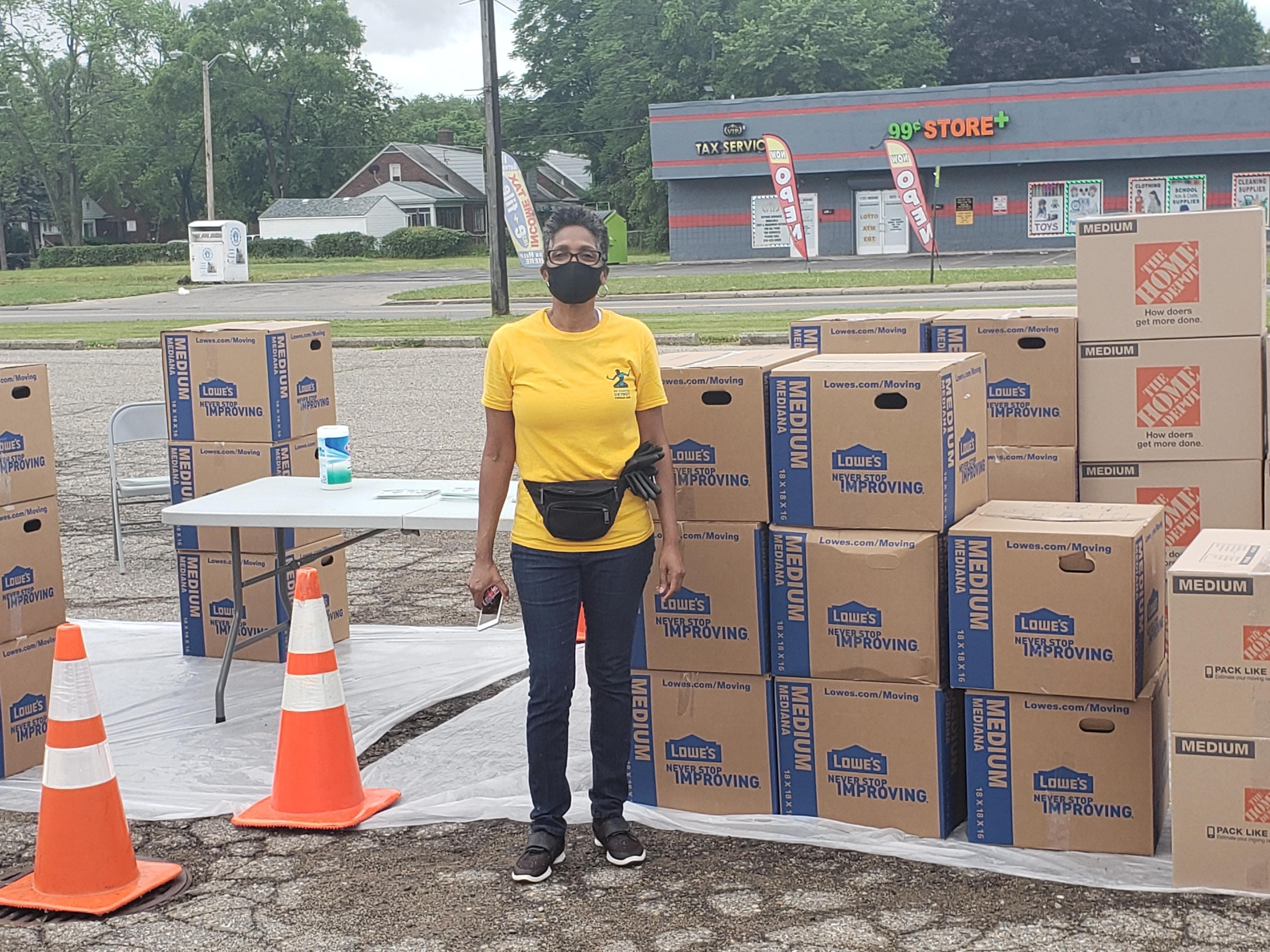 Lisa Williams had no trouble signing up for Square’s Cash App in late June for collecting cash donations to buy groceries to feed struggling families on Detroit’s east side during the COVID-19 recession.

The money went into the account just fine, she said, adding up to $335 in early donations.

People in the area, after all, realize the serious financial difficulty faced by families who lost loved ones to COVID-19 and others who saw paychecks vanish in the 2020 recession.

But then, Williams hit a big-time technical snag. She was unable to access the money to use for the grocery giveaway.

“I couldn’t get it out,” said Williams, 55, who is the executive director for New Beginnings Community Development Corporation.

So Williams did what a lot of people do when they’re having difficulty online: She tracked down a number for customer service. Some people, like Williams, prefer to talk to someone to work their way out of a glitch.

Scammers pretend to be ‘customer service’

The “representative” on the line seemed legitimate. But then they cooked up a deal to fix the problem by encouraging Williams to transfer the group’s money to a dummy account while technical issues were being addressed.

Well, that didn’t work out.

“I googled Cash App Customer Service to get the number that I dialed for assistance, only to connect with scammers,” she said.

Cash App — which some analysts say is the fastest-growing digital wallet with more than 24 million monthly users at the end of last year — doesn’t have a live customer service phone line. Cash App also allows customers to get paychecks direct-deposited through the app, as well as state unemployment checks, too.

But remember, there’s no one to talk to directly.

And no surprise, the crooks figured that one out, set up their own online number and found a way to drain accounts to access other people’s money.

Fortunately, Williams had shut down the account before other donations could be made and she still found a way by tapping elsewhere into the group’s budget to provide 100 people with food during the group’s grocery giveaway.

Still, it’s one of those mind-boggling scams that everyday people shouldn’t have to be fighting. Yet, the fake customer service scam is gaining ground every day.

Instead of calling you, now scammers are figuring out a way to get you to call them.

The Better Business Bureau warned last summer that you should never use your home’s smart device — such as Alexa, Siri or Google Home — to find a customer support number for any company, including an airline, and have the system dial it for you.

“Scammers create fake customer service numbers and bump them to the top of search results, often by paying for ads,” the BBB warned.

Don’t do an online search either. Take extra time to go directly to the company’s website. Don’t click on links in unsolicited text or emails, either.

Scammers might also be taking advantage of COVID-19 shutdowns and the lack of customer support elsewhere, too. Venmo, another digital wallet, says in a recording that because of COVID-19 safety precautions, phone service is not available at this time.

Square’s Cash App spokesperson Katie Dally sent a statement via email: “We are always working to protect our customers, which includes educating them about phishing scams.”

“As a reminder, the Cash App team will never ask customers to send them money, nor will they solicit a customer’s PIN or sign-in code outside of the app.”

“If you believe you have fallen victim to a scam, you should contact Cash App support through the app or website immediately.”

Cash App did not address the problems that Williams faced or specific questions raised by the USA TODAY Network’s Detroit Free Press, including what Cash App might be doing to stop online listings for a customer service line for the company when the company doesn’t have one.

A real phone number that could pop up when you Google Cash App and Customer Support is 855-351-2274 — and yes, that is a real number — offers a recording to tell people to contact a team member through the Cash App. Or you can see Cash.App/help.

The Cash App website states: “Please note that there are currently no phone numbers that you can call to speak with Cash Support.”

Lots of disclaimers but, frankly, it’s not much help if someone gets tripped up by one of these fake phone numbers online. Who would imagine that a financial services company wouldn’t have a live person available to handle problems?

The Better Business Bureau is warning that is has received several reports over the last few months from consumers who lost thousands of dollars after speaking with an alleged Cash App customer support person.

“Consumers searched online to find the customer service department phone number for Cash App,” according to a BBB statement.

The scam starts when a “representative” on the other end of the line then requests the consumer’s login information to be able to “further assess the problem.”

In reality, the scammers use these so-called dummy accounts, according to the BBB, to transfer money out of the consumer’s account into the scammer’s account.

Williams said she would never have signed up for Cash App had she known that no customer service was offered by phone.

Williams said she doesn’t hold Cash App responsible for the fraudulent activity, but she does believe they’re responsible for having no telephone number to call and inadequate customer service and support. And she had a hard time getting a response from the company through email and Twitter. She said she did not get a response until the BBB was contacted.

While the BBB website currently has an alert about customer service when you try to research Square Inc., the BBB site also continues to have an A-plus rating for the company, which upsets Williams as well.

But Melanie Duquesnel, president and CEO of the Better Business Bureau Serving Eastern Michigan noted: “In this situation, the scammer unlawfully used Cash App’s brand to benefit the scammer NOT Cash App.  While any business would love to not have those with ill-intent use their brand to scam someone, businesses cannot control everyone from every situation.”

As for the grading system, she noted that the “BBB’s rating algorithm, for any company, is not dependent upon a style of service that is provided to their customers.”

Williams said she was frustrated by the lack of response from Cash App. At one point, she said, she was told that the money was sent to one of her contacts but she was a first-time user of the app and doesn’t see how that could have even happened.

“It’s just this moneymaking thing that they’re kind of detached from.” 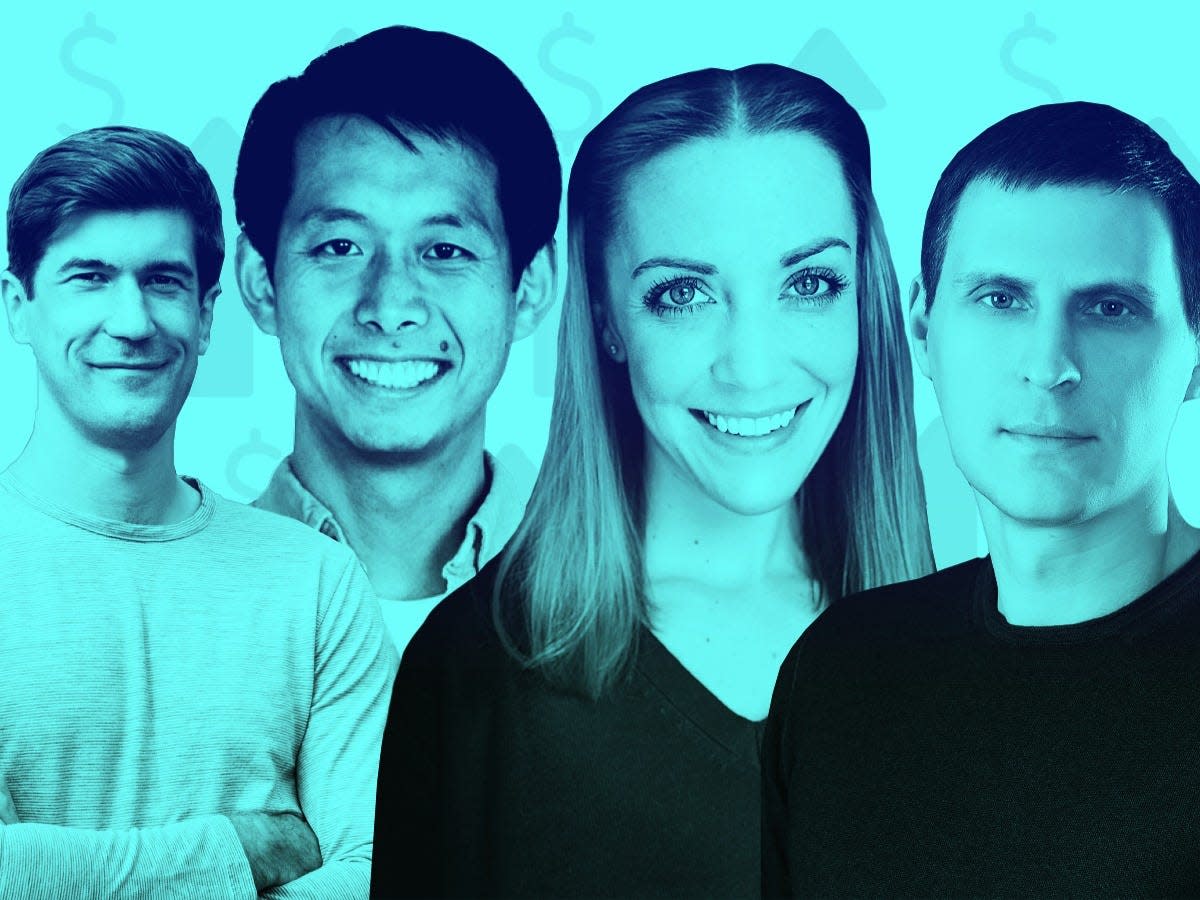 Next post 60 fintechs set to take off in 2020, according to top VCs and investors