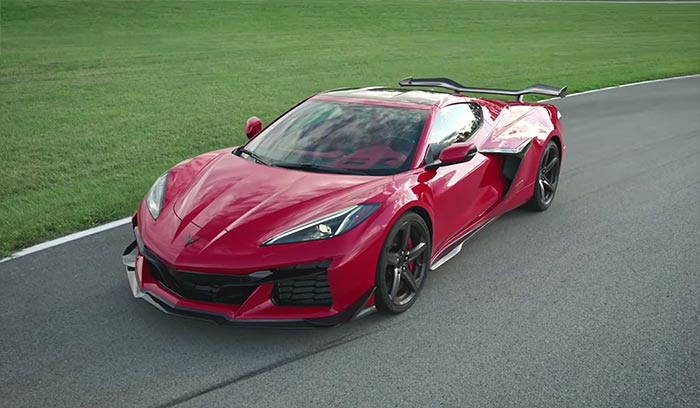 Car and Driver dedicated their whole front page to the new 2023 Corvette Z06 with six stories on embargo day.

The articles include their detailed first drive, their “How We’d Spec It” rip-off of Blogger Builds (our vote for best build goes to Beard), a “how we got here” explainer of everything Chevy touched to get from Stingray to Z06, an in-depth dive on the car’s intense cornering capabilities, and a gorgeous – and wallpaper-worthy – new photo gallery featuring top-down Carbon Flash Anniversary Editions and Torch Red Z07 coupes in a lightning storm! 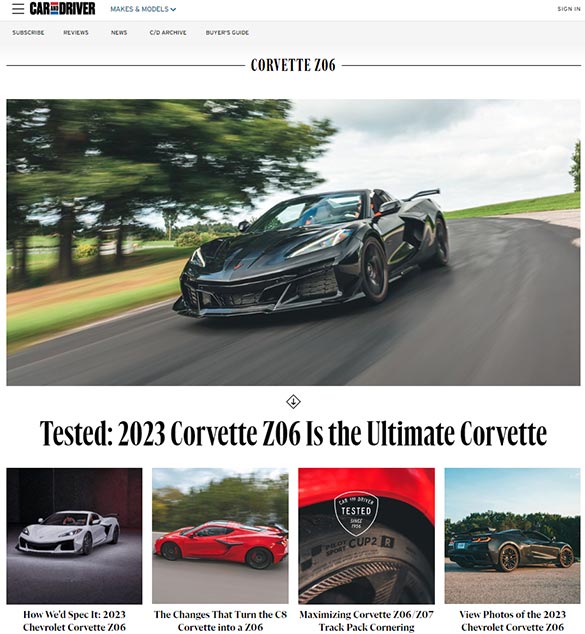 Here’s the ending which we want to highlight:

Of course, the new Z06 isn’t a race car. It has a handsome interior, which you can luxe up with expensive leather—the tan version looks a lot like what’s offered in Ferraris—and carbon-fiber trim, plus a full list of available amenities that can add tens of thousands to the price. But to call the Z06 an American Ferrari is to short its credit. Corvettes have always been influenced by European sports cars and, through the years, have incorporated some of their features and technologies while remaining stubbornly different.

The Z06 is like that. Sure, it has a high-revving flat-plane-crank V-8 behind the seats just like the Ferrari 458 that the engineering team bought and studied while developing this model—and it has the exotic-car proportions to go with it. But it’s still American in its tremendous value; the Z06’s base price is $109,295, more than 200 grand less than a Ferrari 296GTB. And then there’s the Z07, keenly focused on track-driving fun, which feels like a quintessentially American take on a supercar’s reason for being. The new Z06 has a purity of purpose that brings us closer than ever to feeling what it’s like to drive a race car. And that just might make it the ultimate expression of what a Corvette can be.