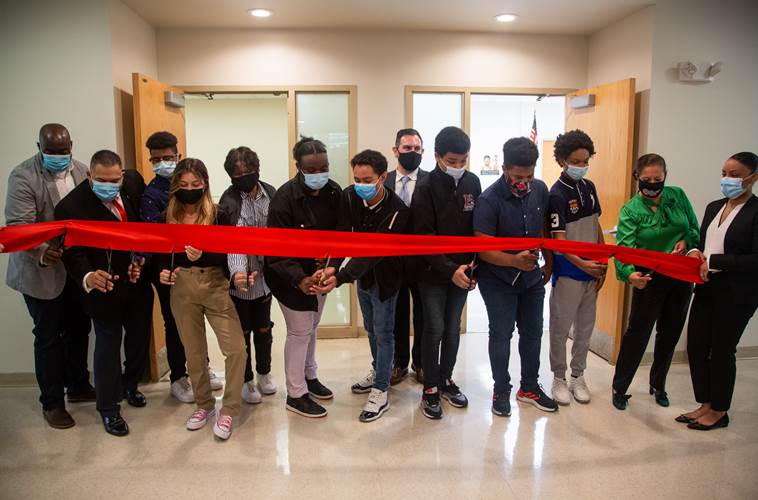 PROVIDENCE, R.I. (WPRI) — A ceremonial ribbon cutting was held to usher in new opportunities for students in Providence.

P-Tech is an educational model designed to give students the opportunity to develop skills that will translate directly into competitive jobs.

“Under the Providence Turnaround, our vision is to offer students a broad array of CTE programs in high-growth industries district-wide,” Infante-Green said. “I’m excited to announce new pathways and open a new computer lab at E-Cubed to promote career-readiness, teach important employability skills, and to complement traditional education.”

It was announced last year that the E-Cubed Academy would transition to a CTE focus with wall-to-wall P-Tech programming but had not selected specific career pathway options. Throughout September, students and their families were able to vote.

The P-Tech program at E-Cubed is also a partnership of Providence Public Schools, the Community College of Rhode Island and the Rhode Island Tech Collective.

“Transformation doesn’t happen overnight, and no one can do it alone,” Acting Superintendent Javier Montañez said. “I’m so grateful to our industry partners and the Community College of Rhode Island for supporting our work to prepare PPSD students for good-paying jobs in high-demand industries.”