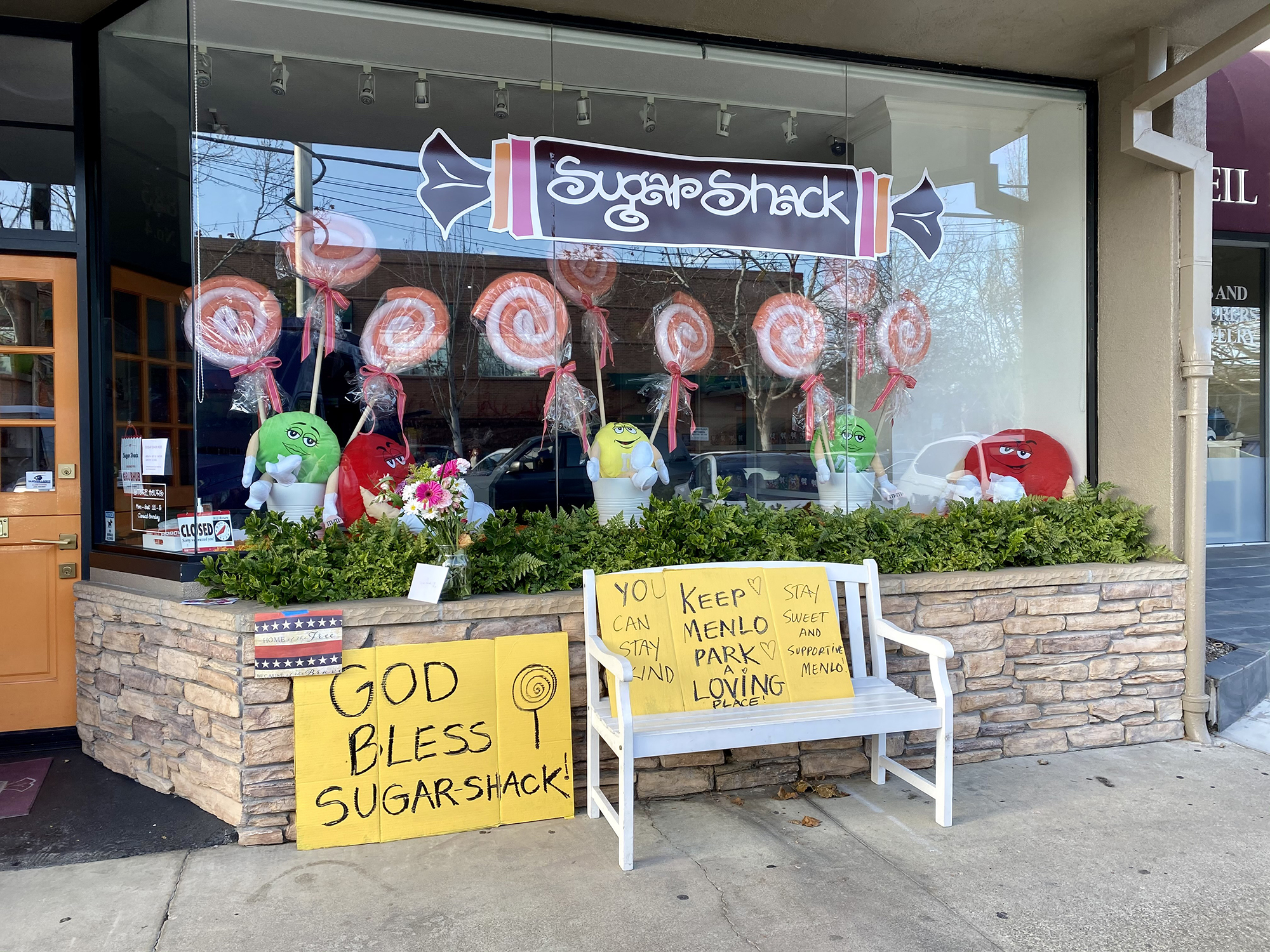 As a Trump supporter, Tinsley is in a political minority in San Mateo County, where about 78% of voters supported Joe Biden in the 2020 General Election. According to campaign finance record website Open Secrets, Tinsley donated $5,182 to Donald Trump’s campaign between February and August 2020.

Tinsley ran Sugar Shack for seven years at 816 Santa Cruz Ave., between 2007 and 2014, when she closed it, before relaunching the business at 883 Santa Cruz Ave. in October 2019. The store is known for offering custom candy for private events as well as its popularity with pre-teens.

Initial community responses to the revelation of Tinsley’s presence in D.C. Wednesday have been negative, with Tinsley’s pro-Trump photo in circulation on social media bearing a message urging viewers to “Show that Menlo Park/the Bay Area doesn’t tolerate this domestic act of terrorism and blatant display of white supremacy. Don’t shop at sugar shack.”

In addition, Yelp, the business review website, has temporarily disabled posting about the Sugar Shack in response to “unusual activity” from people commenting about recent events.

On Friday, the shop was closed and a TV network filmed a story. In the background, against the shop window, someone had placed yellow posters with apparent messages of support, saying “God Bless Sugar Shack!” and “Keep Menlo Park a Loving Place.”

Elena Kadvany and Charles Russo contributed to this report.