The fines levied against these companies are the result of them abusing their market position as a means to overcharge the UK National Health Service (NHS) for Phenytoin Sodium, a crucial, life-saving anti-seizure medicine. Overnight, the two companies raised the price of the drug by 2600%, increasing the cost of 100mg packs from £2.83 to £67.50, and then reducing them to £54.87. As a result of the price increases, NHS expenditure on phenytoin sodium capsules increased from about £2 million a year in 2012 to about £50 million in 2013.

As a result of the price increases, NHS expenditure on phenytoin sodium capsules increased from about £2 million a year in 2012 to about £50 million in 2013. The prices of the drug in the UK have also been many times higher than Pfizer’s prices for the same drug in any other European country.” Critically, Pfizer and Flynn did not raise the price of the drug across the international market, instead targeting the UK with arguably exploitative behavior. This indicates that the price hikes relate less to the material cost of producing the drug, rather, this points to a particular loophole that the companies believed that they could abuse within the UK market at the expense of millions of pounds of British taxpayers’ money and significant risk to lives.

The drug Phenytoin Sodium, previously known as Epanutin, has been classified as one of the World Health Organization (WHO) model list of essential medicines. As the name implies, the WHO model list of essential medicines is a list of medicines that are required for any basic healthcare system. The WHO model list does not impart any legal requirement to regulate the prices of these drugs, however reflective of their necessity it can be argued that there exists a moral argument that a drug listed here should be priced at the cost to produce and distribute.

The Competition and Markets Authority (CMA), which is a public body in the United Kingdom tasked with investigating companies suspected of breaching competition law and penalizing those found to have done so, affirmed: “Although Pfizer has claimed that Epanutin was loss-making before it was de-branded, the CMA has calculated that, according to Pfizer’s figures, all such losses would have been recovered within 2 months of the price rises.”

The exploitative behavior started in 2012 when Epanutin was de-branded by the companies to sell the drug at a discretionary rate not affected by the UK regulatory scheme, Pharmaceutical Price Regulation Scheme (PPRS). The PPRS is a voluntary scheme between the UK government and the Association of the British Pharmaceutical Industry (ABPI) which, among other objectives, aimed to reduce the costs of branded medicines through a series of price regulatory measures, however, as the PPRS does not apply to generic medications de-branding these drugs has become a business practice which allows companies to avoid being subject to its pricing regulations. The CMA argued that the de-branding of Phenytoin Sodium by Pfizer and Flynn was a direct attempt to price gouge the NHS through subversion of the PPRS cost regulatory provisions, and is the reason the CMA imposed the fines.

The CMA commenced its investigation in May 2013 and adopted an infringement Decision only in December 2016 when it fined Pfizer and Flynn £90 million for breaches of the Competition Act 1998 in respect of the supply of prescription epilepsy drugs citing that the price hike of the drug qualified for unfair pricing.

The two companies appealed the imposed fine and the case went to the Competition Appeal Tribunal (CAT). In 2018, the CAT passed its decision, allowing the appeal in part, upholding the CMA’s arguments that Pfizer and Flynn retain market position and dominance, however, rejected the CMA’s arguments on abuse of that dominant position. The case was remitted back to the CMA for further consideration.

At the Court of Appeal, the CMA appealed on four grounds and Flynn appealed on one. Allowing the CMA’s appeal in part whilst also dismissing Flynn’s appeal in its entirety, the Court of Appeal’s judgment found the CAT made several legal errors in its judgment. Primarily, it found the CAT erred in its interpretation of the CMA’s duty to evaluate relevant comparators when they ruled that the CMA had to go beyond a cost plus calculation to determine excessive price, namely whether there was any “patient benefit” which could affect the price of the drug. Cost plus in this context refers to: “(a) the costs that Pfizer and Flynn each incurred in respect of each of their capsule products (to include direct costs and an appropriate apportionment of indirect, or common, costs); and (b) a reasonable rate of return for each of Pfizer and Flynn in respect of each of their capsule products” (Para. 256). Ultimately, the Court of Appeal upheld the CAT’s decision concerning the remittal partially issuing new guidelines (Para 189). As a result, the CMA reassesed the case and on July 21, 2022, imposed  a reduced fine on Pfizer and Flynn of £63 million and £6 million respectively.

The problem has stemmed from this core issue: there was a regulatory vulnerability resulting in a loophole in the UK competition law policy which Pfizer and Flynn took advantage of in 2012. The resulting costs which the NHS, and by extension, the taxpayer had to shoulder to purchase the same medicine resulted in millions of pounds of additional burden. The CMA began its proceedings in 2016, four years after the pharmaceutical companies began this, which resulted in what has been a very protracted case.

Pfizer and Flynn are extremely wealthy pharmaceutical companies with extensive resources available to them in production and supply chain within the industry, whereby granting them a near market monopoly on certain drugs. This allowed them to dictate the prices of critical, life-saving medicines to their own financial benefit at great cost to taxpayers, with little alternative available. The eight years during which the NHS had no choice but to pay whatever price demanded Phenytoin was unethical, and the damage done can be understood as far greater than in strictly economic terms. Healthcare systems have budgetary constraints and are required to prioritize and allocate spending. By increasing the price of these essential treatments, money that could have been used for other life-saving purposes by the NHS was instead used to line the pockets of Pfizer and Flynn, which was then used to appeal against the CMA’s imposed fines.

Of significant importance, through the appeals process, it became evident that the sole motivation of Pfizer and Flynn was economically driven when it was revealed no substantive discussion surrounding the health implications or pressures placed on healthcare providers was undertaken. The central arguments relied upon were not that there was no adverse health impact to the decision, or that the decision was focused on patient care, but rather, on a strict understanding that through de-branding the drugs raising the price was not prima facie contrary to the regulations, and therefore should not be challenged. It appears difficult to disagree with the fact that such approaches and practices have been exploitative and morally reprehensible.

The views, opinions, and positions expressed within all posts are those of the author alone and do not represent those of the Corporate Social Responsibility and Business Ethics Blog or of its editors. The blog makes no representations as to the accuracy, completeness, and validity of any statements made on this site and will not be liable for any errors, omissions or representations. The copyright of this content belongs to the author and any liability with regards to infringement of intellectual property rights remains with the author. 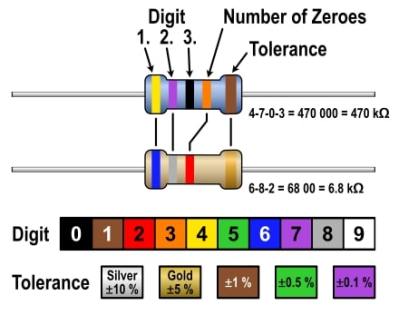