Kushner was taking a victory lap, having negotiated for months to help resolve the conflict. But the photo-op obscured a simple fact: Kushner and Trump played a major role in instigating the 2017 crisis that led to the intra-Arab rift and Qatar’s regional isolation.

Soon after the Trump administration took office, Kushner cultivated a friendship with Saudi Arabia’s Mohammed bin Salman, known as MBS, who was then the deputy crown prince but had ambitions of securing de facto control of the kingdom. The two “young princes,” both in their 30s, bonded over their desire to remake the Middle East and prove themselves on the world stage. Trump and Kushner, both used to personality-driven business deals, offered their unwavering support to MBS for the promise of massive weapons contracts, other investments in the United States and stable oil prices.

By May 2017, Kushner had convinced Trump to make Saudi Arabia the first leg of his maiden foreign trip as president. MBS and others in the Saudi regime understood that Trump craved flattery — and they offered him an extravagant welcome.

After Trump’s visit and his pledge to firmly side with Saudi Arabia and its Sunni Arab allies against Iran, their Shiite regional rival, MBS became more reckless. On June 5, two weeks after Trump’s trip, Saudi Arabia — along with the United Arab Emirates, Bahrain and Egypt — severed all diplomatic and economic relations with Qatar, and imposed a land, sea and air blockade. The blockading countries accused Qatar of financing terrorism, undermining Sunni Arab efforts to isolate Iran, and supporting Islamist groups like the Muslim Brotherhood and Hamas.

The blockade disrupted trade across the Gulf and upended the lives of thousands of people who suddenly found themselves on different sides of the divide. Families were separated, medical treatments and education were interrupted, and migrant workers were stranded without food or water.

In a series of tweets, Trump took credit for instigating the Saudis and their allies to act. “During my recent trip to the Middle East I stated that there can no longer be funding of Radical Ideology,” Trump wrote. “Leaders pointed to Qatar — look!” Trump’s top national security aides scrambled to diffuse the crisis in its early days, but the president’s message to the Middle East was clear: the Saudis can do no wrong.

The blockade of Qatar coincided with MBS consolidating power within Saudi Arabia. A few weeks after the crisis began, the octogenarian King Salman forced his nephew, Mohammed bin Nayef, to abdicate as crown prince in favor of MBS. The crown prince’s ascent, along with the Trump administration’s unqualified support, solidified a newly aggressive Saudi foreign policy.

Under MBS, the Saudi regime continued a brutal war in Yemen that has killed tens of thousands of civilians, detained and forced Lebanon’s prime minister to resign, and arrested hundreds of Saudi activists and some of the kingdom’s wealthiest businessmen. In October 2018, Saudi agents murdered Post contributing columnist Jamal Khashoggi at the Saudi consulate in Istanbul. Since then, Trump has repeatedly tried to shield MBS from blame, despite a CIA assessment that concluded, with high confidence, that the crown prince had ordered the assassination.

Trump and Kushner eventually changed their position on the blockade, realizing that it harmed the Trump administration’s “maximum pressure” campaign against Iran by pushing Qatar closer to Tehran. But by that point, MBS and his allies, especially the UAE, had dug in their heels and did not want to admit that they were outmaneuvered by their tiny neighbor.

Kushner’s actions have raised troubling questions about whether he supported the Saudi-led blockade because Qatar declined a deal with his family’s real estate business. Kushner’s father met with the Qatari finance minister to seek a bailout for a troubled Manhattan tower weeks before the blockade began. He was turned down. A year later, Kushner Companies reached a $1.1 billion bailout for the property with Brookfield Asset Management. Qatar’s sovereign wealth fund was the second largest investor in Brookfield, although Brookfield has said the Qataris had no prior knowledge of the deal.

There are indications that Kushner was conducting a shadow foreign policy in 2017 that infuriated Rex Tillerson, Trump’s secretary of state at the time. In a six-hour interview with staff members of the House Foreign Affairs Committee in May 2019, Tillerson was asked numerous questions about Kushner’s family company and the blockade of Qatar. During Trump’s visit to Riyadh in May 2017, Kushner and Steve Bannon allegedly met for a private dinner with top Saudi and UAE leaders, who disclosed their plan to isolate Qatar, according to congressional investigators. House Democrats considered an investigation into the Kushners’ dealings with Qatar, but it did not get off the ground.

Kushner may never have to explain whether his family’s business interests influenced his political actions. But neither he nor Trump should be given credit for resolving a senseless conflict that they helped inflame. 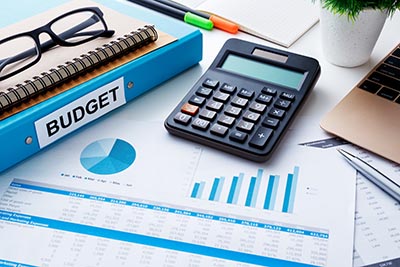