The Big Ten announced it will limit its fall sports to only conference games, impacting several significant scheduled football games. The ACC pushed the start of its season back to Sept. 1.

“Any state that is having a serious problem, that state should seriously look at shutting down,” Dr. Anthony Fauci, director of the National Institute of Allergy and Infectious Diseases, said on “The Journal” podcast.

In addressing his concerns about the current situation, Fauci also said the extreme partisanship in the U.S. has been hampering a coordinated response to coronavirus  as states deal with rising cases.

Here are some recent developments:

📈 Today’s stats: The U.S. has surpassed 3.1 million confirmed cases and 133,000 deaths, according to John Hopkins University data. Globally, there have been 12.2 million cases and almost 550,000 deaths.

📰 What we’re reading: Hundreds of millions of dollars has gone to COVID-19 contractors accused of prior fraud. Those contracts range from masks and medical equipment to janitorial cleaning, video productions and even ferryboat services.

Our live blog will be updated throughout the day. For first-in-the-morning updates, sign up for The Daily Briefing.

Nevada Gov. Steve Sisolak said bars in some counties will have to close up Friday, a new directive that returns the state to Phase 1 restrictions to fight a spike in COVID-19 cases.

Under Sisolak’s directive, restaurants can no longer serve parties more than six people and must close their bar areas. He also encouraged restaurants to have people eat outside.

The decision comes as the known number of Nevadans testing positive for COVID-19 increased to 24,904 on Thursday morning, according to the Nevada Health Alliance dashboard.

“Masks are not partisan, they’re not political, they’re not a joke,” Sisolak said. “It is costing lives to have people not mask.”

“You’d have to make the assumption that if there wasn’t such divisiveness, that we would have a more coordinated approach,” Fauci said in an interview with FiveThirtyEight’s “PODCAST-19” released Thursday.

Fauci is a member of the president’s coronavirus task force and has been careful not to publicly criticize President Trump, but he has been increasingly blunt in his evaluations, recently saying the U.S. is “knee deep” in cases of COVID-19 and the country’s prognosis is “really not good.”

Fauci’s stances have led to pushback from Republicans such as Kentucky Sen. Rand Paul and Arizona Rep. Andy Biggs, who accused Fauci in a May USA TODAY op-ed of trying to “corral our freedom” and “brush away the optimism of the president and the American people.”

The Big Ten, which includes such traditional college football juggernauts as Ohio State and Michigan, said fall sports competition would be limited to conference schedules.

Thursday’s announcement was the first of what figures to be a succession of decisions revealed by college sports leagues as they grapple with the coronavirus pandemic. The Atlantic Coast Conference, home to football powerhouse Clemson and basketball standouts Duke and Virginia, said Thursday it will delay the start of all fall sports seasons to Sept. 1 at the earliest.

The Big Ten indicated in a statement that it’s not a given sports competitions would take place in the fall, and even if they do, the pandemic could dictate changes: “By limiting competition to other Big Ten institutions, the Conference will have the greatest flexibility to adjust its own operations throughout the season and make quick decisions in real-time based on the most current evolving medical advice and the fluid nature of the pandemic.”

Federal health guidelines for reopening schools across the nation will not be altered despite President Donald Trump’s complaints that they are too difficult and expensive, the director of the Centers for Disease Control and Prevention said Thursday.

Vice President Mike Pence said Wednesday that Trump doesn’t “want the guidance to be too tough. That’s the reason why, next week, CDC is going to be issuing a new set of tools, five different documents that will be giving even more clarity on the guidance going forward.”

Documents, yes, easier guidelines, no, the CDC’s director, Dr. Robert Redfield, said Thursday. “Our guidelines are our guidelines, but we are going to provide additional reference documents to basically aid communities in trying to open K-through-12s,” Redfield said. “It’s not a revision of the guidelines.”

Later in the day, White House press secretary Kayleigh McEnany confirmed the current guidelines would not be rescinded but the CDC would will issue “supplemental guidance.” She also reiterated Redfield’s statement that the guidance is not binding and that localities will make their own decisions.

The number of deaths from COVID-19 skyrocketed in Florida with a record-setting 120 fatalities reported Thursday, according to the Florida Department of Health. The previous highest single-day total had been 83. The soaring toll came on a day when Florida surpassed 4,000 deaths during the pandemic. The current total of 4,111 fatalities ranks ninth among states.

An additional 8,935 cases were reported in Florida, pushing the state’s total to 232,718, third in the nation behind New York and California. Florida has added 118,700 new cases in the last two weeks, more than half of the total.

Nashville blindsided by delayed reporting of hundreds of infections

A reporting delay may have left hundreds of residents in Nashville, Tennessee, unaware that they had tested positive for the coronavirus and liable to unwittingly infect others for weeks.

The reporting delay also hampered Nashville’s contact tracing efforts because it left the city blind to 312 infections that dated back as far as mid-June. Nashville just had what Mayor John Cooper called its “worst day” of the outbreak with a record 688 new infections — 45{09c3c849cf64d23af04bfef51e68a1f749678453f0f72e4bb3c75fcb14e04d49} of those coming from the delayed reporting — eight more deaths and a total of 188 people currently hospitalized by the virus.

Interim Bolivian President Jeanine Áñez says she has tested positive for the coronavirus but feels fine. “I feel good, I feel strong, I will continue to work virtually from my isolation,” Áñez wrote on her Twitter account Thursday. Her infection comes amid a spike in cases in the South American nation, which has banned mass gatherings to try to limit the spread of the virus.

Other Latin American leaders who have contracted the virus include Brazilian President Jair Bolsonaro and Honduran President Juan Orlando Hernández.

Transportation Security Administration officers will be have to change their gloves more frequently and wear face shields when screening passengers as the agency implements changes to prevent the spread of the coronavirus. The come after a whistleblower complaint last month by a TSA official that the agency failed to provide enough protective equipment to personnel who come into close contact with the traveling public.

“I have no doubt whatsoever that our people became Typhoid Marys and contributed to the spread of that virus because TSA senior leadership did not make sure (screeners) were adequately protected,” Jay Brainard, the top TSA official in Kansas, told The Associated Press last month.

California security guard charged with murder after confrontation over mask

A California security guard has been charged with murder and possession of a handgun by a felon in the fatal shooting Sunday of a supermarket customer following a confrontation over wearing a mask.

Prosecutors say Jerry Lewis, 50, reportedly entered the market in the Los Angeles suburb of Gardena without a mask and got into an argument with security guard Umeir Corniche Hawkins, 38. After a confrontation, Lewis was fatally shot as he walked away, prosecutors said.

Bail for Hawkins, convicted in 2013 for assault by means of force, was set at $1 million. He pleaded not guilty and could face a sentence of 50 years to life in prison if convicted.

Mississippi Gov. Tate Reeves is warning the public to get tested for the coronavirus if they have been in contact with a state lawmaker. The number of cases linked to an outbreak at the Capitol in Jackson has grown to 36, which includes 26 legislators, according to the state health officials.

Many politicians flouted recommendations to wear a mask inside the Capitol in recent weeks. Now, about one in six of Mississippi state lawmakers have tested positive for the coronavirus, including House Speaker Philip Gunn and Lt. Gov. Delbert Hosemann.

Reeves warned that Mississippi’s health care system will be overwhelmed if the state does not change its trajectory on coronavirus cases and hospitalizations: “The fact is that the crunch on our hospital system is not a hypothetical. It is not in the future.”

Are you ready for some football? Some high schools gear up despite pandemic

A large number of high school football teams across America, including in hotbeds such as Florida and Texas, are moving forward during the pandemic despite the risks. California, however, is among the states still undecided; the California Interscholastic Federation is set to announce a decision July 20. High school teams in Tennessee are barred from any contact drills until a COVID-19 state-of-emergency expires Aug. 30, and no decision has been made about the football season.

Vaccines won’t be only answer; closing in on COVID-19 cure

When the coronavirus first arrived in the United States five or six months ago, health care workers relied solely on intravenous fluids, fever reducers and ventilators. Today, there are two approved therapies shown to make a difference in COVID-19, and 150 treatments and more than 50 antivirals are being tested in people. Vaccines, when developed, won’t work for everyone. But researchers are getting closer to being able to identify which patients are likely to do better with which kind of therapy.

“Once somebody develops a treatment for the virus, everything will go away,” said Daniel Batlle, a kidney expert from Northwestern Medicine and professor of medicine at Northwestern University in Chicago.

More on the coronavirus from USA TODAY

Where a face mask is required: Many governors are instituting or renewing orders requiring people to wear face coverings in public as cases continue to rise. Kentucky is the latest. Is your state on the list? See it here.

Coronavirus Watch: We have a few ways for you to stay informed. Sign up for our daily coronavirus newsletter here, and come together and share the latest information about the coronavirus, coping with lifestyle changes and more by joining our Facebook group.

Where are states on reopening? Some are taking preemptive measures to postpone further phases of their reopening, while others have rolled back their phases to prevent the spread of the coronavirus. See the list. 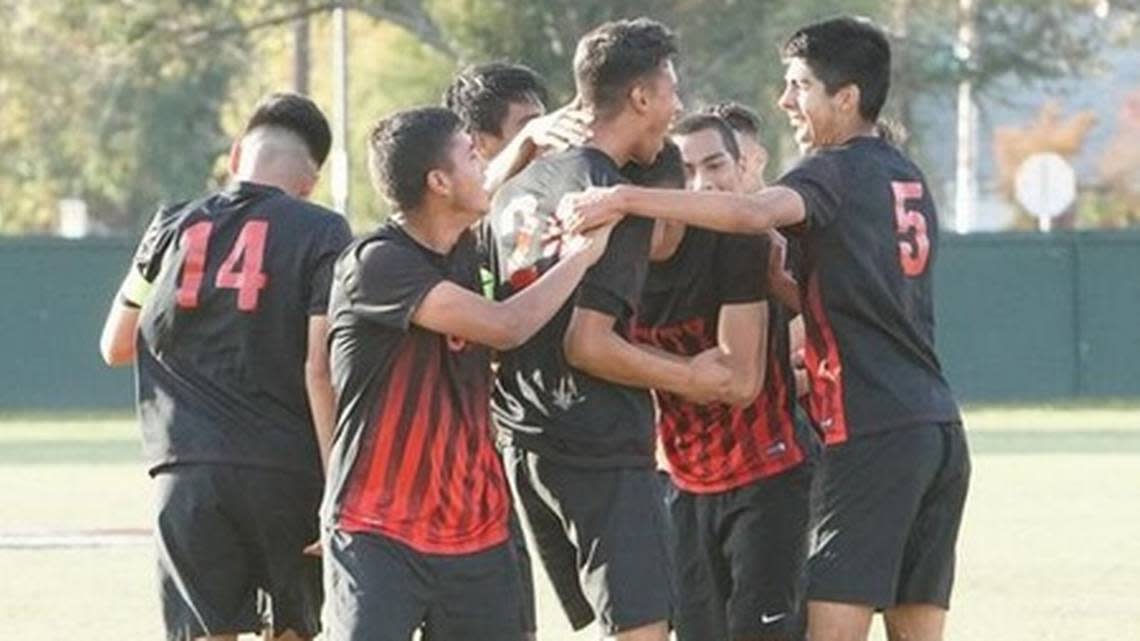 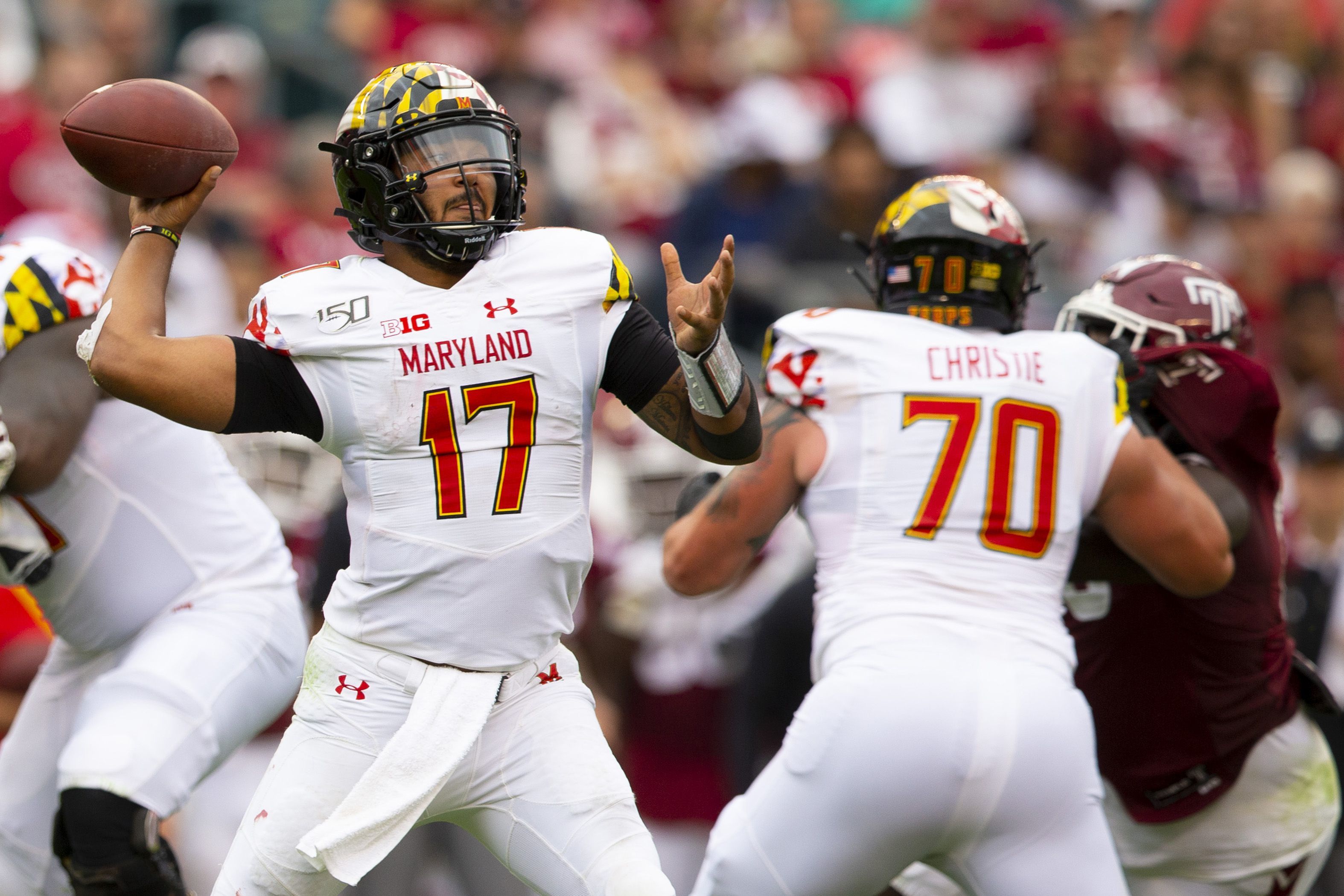