Moscow is confronting NATO with demands it knows the alliance cannot meet, NATO Secretary-General Jens Stoltenberg said at the Munich Conference, adding that there are no signs of a Russian withdrawal from the borders of Ukraine and that the risk of a conflict was real.

The leaders of the eastern Ukraine breakaway regions of Donetsk and Luhansk have declared a full military mobilisation, moves that come amid a spike in violence in the war-torn region that the West fears could be used as a pretext for an invasion by Russia.

Russia’s President Vladimir Putin said he will oversee major military drills along Ukraine’s borders on Saturday, while Ukraine’s President Volodymyr Zelenskyy is headed to Europe to drum up support.

Scholz says Russian attack on Ukraine would be “serious mistake”

German Chancellor Olaf Scholz said a Russian attack on Ukraine would be a “serious mistake” with high “political, economic and geostrategic costs”.

There was no justification for some 100,000 soldiers massing on Ukraine’s borders, he told the Munich Security Conference in a livestreamed speech.

The West was nonetheless ready to negotiate over Russia’s security demands “without being naive”.

“We will differentiate clearly between untenable demands and legitimate security interests,” he added.

“The danger is now the combination of this massive military build-up with the very threatening rhetoric, putting forward demands they know we cannot meet and say: If we don’t meet them, there will be military consequences.”

“This is a new normal, that we have a Russia which is openly contesting core values for European security and then demonstrating their will to use force or the threat of force to get their will,” he added.

“Given the trend of increasing numbers of people arriving, we consider it appropriate to introduce a state of emergency,” Rostov’s governor Vasily Golubev said, according to Russian news agencies.

The current head of Russia’s emergencies ministry said some 400 people as well as 150 vehicles were involved in operations to receive people arriving from separatist territory.

Emergency services in the Donetsk separatist region said earlier today that more than 6,600 people have been evacuated.

The Ukrainian military said it had recorded 12 ceasefire violations by pro-Russian separatists in east Ukraine morning after 66 cases over the previous 24 hours.

Separatists opened fire on more than 20 settlements, using heavy artillery – 82 and 120 millimetre-calibre mortar shells – which have been prohibited by Minsk agreements, the military said on its Facebook page.

Moscow’s threats towards Ukraine could reshape the entire international system, the chief of the European Union’s executive said, warning Moscow that its thinking from “a dark past” could cost Russia a prosperous future.

“The world has been watching in disbelief as we face the largest build-up of troops on European soil since the darkest days of the Cold War, because the events of these days could reshape the entire international order,” Ursula von der Leyen told the Munich Security Conference.

US VP Harris to address Russia against Ukraine invasion

In addition to US vice president meeting with the Ukrainian president in Munich, Kamala Harris will also deliver a highly anticipated speech addressed to Putin.

According to a senior US administration official who spoke to reporters on the condition of anonymity, Harris will warn Russia that an invasion would likely lead to an even bigger NATO footprint on its doorstep, and that it will face huge financial costs if it invades Ukraine.

Her message will, however, make clear the US remains open to diplomacy “even at this late hour,” the official said, even as Biden and other administration officials have given dire warnings that the window for diplomacy is narrow.

Al Jazeera’s Charles Stratford, reporting from Mariupol in eastern Ukraine, said the leader of the Luhansk separatist region, Leonid Pasechnik, has banned all men aged 18 to 55 from leaving the area following a general mobilisation order.

“Another very worrying development there on the back of the announcement yesterday from [separatist] leaders of what they describe as an evacuation,” he said.

Zelenskyy has not changed his plans to personally attend the Munich Security Conference, his office said.

In a statement, his office said the situation in Ukraine’s east “remains under full control”.

“Volodymyr Zelenskyy expects concrete agreements concerning the delivery to our country of additional military and financial support,” his office said, adding that he would return to Kyiv later on Saturday.

The Ukrainian military said a soldier was killed in shelling by pro-Russian separatists in east Ukraine,

The Ukrainian militay said on its Facebook page that it had recorded 19 ceasefire violations by the separatists since the start of the day compared with 66 cases over the previous 24 hours.

Separatists opened fire on more than 20 settlements, using heavy artillery, which have been prohibited by Minsk agreements, the military said.

The leader of the Luhansk separatist region in eastern Ukraine has followed Donetsk in issuing a general mobilisation order.

“I rule to declare a general mobilisation on the territory of the Luhansk People’s Republic,” said the decree, which was signed by the region’s head Leonid Pasechnik.

Denis Pushilin, the leader of the so-called Donetsk People’s Republic – a breakaway region in Ukraine – has claimed his region’s forces had prevented attacks he said were planned by Kyiv, and that the Ukrainian army had continued attacks

“I urge my fellow citizens who are in the reserves to come to military conscription offices. Today I signed a decree on general mobilisation,” he said in a video statement.

“Together, we will achieve for all of us the victory we desire and need. We will protect Donbas and all Russian people,” Pushilin added.

The announcement came as a mass evacuation of women, children and the elderly from the rebel-held territories in the Donetsk and Luhansk regions to neighbouring Russia was under way.

Russia rejects claims it was responsible for cyberattack on Ukraine

Russia has rejected US allegations that it was responsible for cyberattacks on Ukrainian banking and government websites as baseless, the Russian embassy in the United States said on Twitter.

“We categorically reject these baseless statements of the administration and note that Russia has nothing to do with the mentioned events and in principle has never conducted and does not conduct any ‘malicious’ operations in cyberspace,” it said.

We have taken note of purely anti-Russian statements of Deputy National Security Advisor Anne Neuberger, who accused the Russian special services of cyberattacks on Ukrainian defense agencies and banks. pic.twitter.com/AVuyQ8swWl

Russia’s President Vladimir Putin is set to oversee major military drills along Ukraine’s borders, while his Ukrainian counterpart Volodymyr Zelenskyy is due to travel to Germany to meet Western leaders, including US Vice President Kamala Harris.

The Kremlin continues to say it has no plans to attack, despite Washington saying a Russian invasion could happen within days.

You can read updates from Friday, February 18 here. 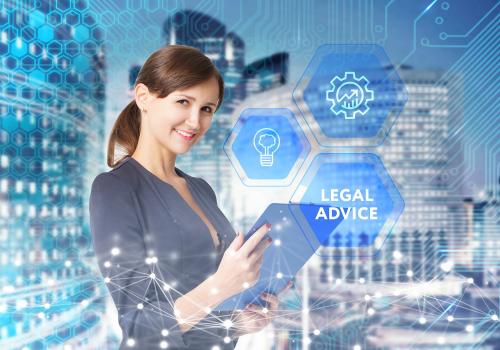