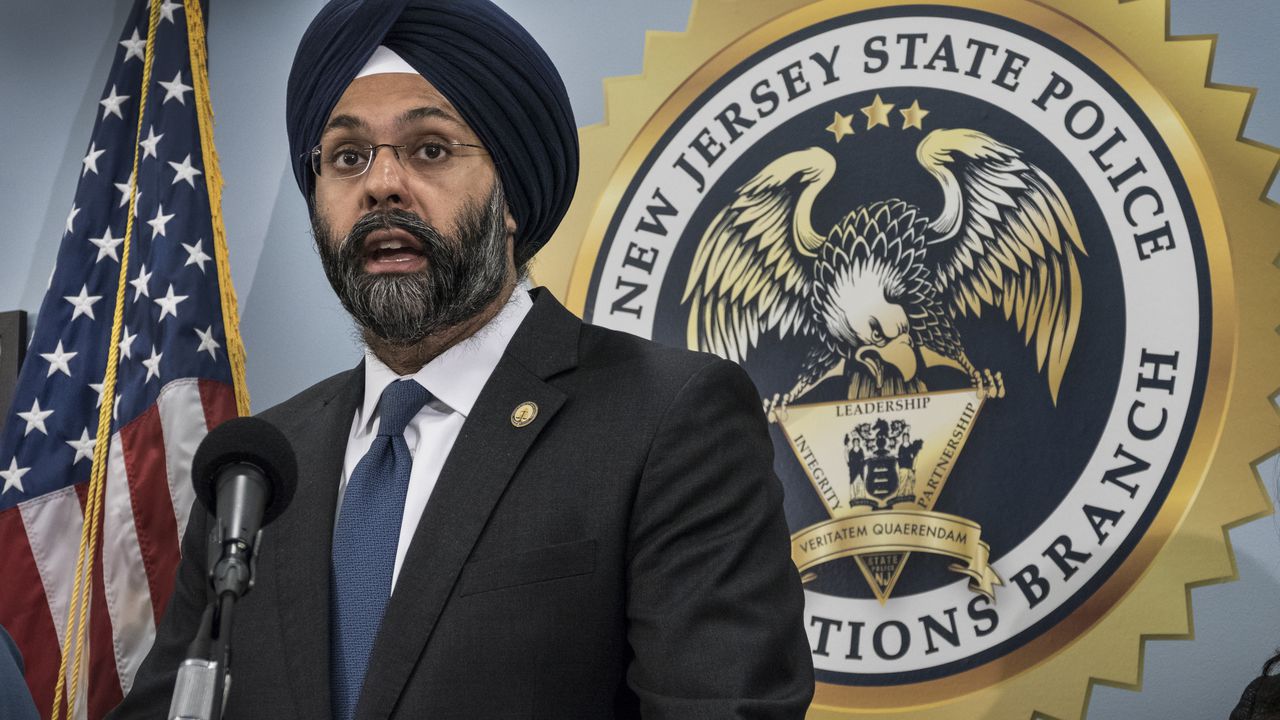 New Jersey’s longest-serving attorney general in decades is stepping down to take a job investigating financial misconduct with a federal agency.

“Through his efforts standing up to the Trump administration’s attacks on New Jersey and our diverse communities, instituting historic reforms in policing, and leading the fight against gun violence, Attorney General Grewal has been an invaluable member of our administration,” Gov. Phil Murphy, a Democrat whom appointed Grewal, said in a statement. “Though we’ll miss his leadership, I know he’s the right person to protect investors all across the nation.”

Murphy will name an interim attorney general this week to finish out the term which ends in January, according to spokeswoman Alyana Alfaro.

Grewal begins his new position July 26. The chair of the U.S. Securities and Exchange Commission said he was “honored and delighted” to welcome Grewal.

“He has the ideal combination of experience, values, and leadership,” Gary Gensler said in a press release.

The commission had tapped attorney Alex Oh to lead the enforcement division in April, but she stepped down only days later for unstated “personal reasons.”

In a statement, Grewal thanked the governor and his colleagues in New Jersey and said he was “excited to get to work … to uncover and prosecute misconduct.”

Grewal has been the state’s top law enforcement leader for more than three years, the first to hit that mark since the early 1990s.

As the nation’s first Sikh state attorney general, Grewal and his office have overhauled the rules governing police use of force in New Jersey for the first time in a generation and joined other states to sue the federal government more in three years than the Garden State had in the previous four decades, while simultaneously investigating and prosecuting a range of crimes.

Attorneys general in New Jersey have more direct authority over local police than in any other state.

Civil rights advocates, law enforcement officials and other state leaders have said Grewal generally included them in the decision-making process even when there were policy disagreements. Grewal had similarly found ways to compromise with police unions on a host of new rules until the two recently clashed over a plan to publicly identify cops found guilty of misconduct.

The unions sued to block any disclosure, but the state Supreme Court ultimately said Grewal could name disciplined officers.

Although Grewal has often positioned himself as a progressive, he has also pushed back against calls to “defund the police,” arguing that more money is needed to improve training.

During an interview early this year, Grewal said he hoped to serve as attorney general for another four years if Murphy is re-elected.

“I think this is the greatest job, and if he thinks that I am doing a good job I’d love to continue,” Grewal said Jan. 13. “I don’t have any regrets.”

At the time, a Murphy spokesman didn’t respond to a question about whether they planned to re-nominate Grewal.

Three sources familiar with the administration said Tuesday they were not surprised Grewal is leaving because there had been longstanding “friction” between Grewal and the governor’s office, as a result of Murphy’s staff feeling they were sometimes not fully looped in on Grewal’s initiatives.

A top source in Murphy’s administration said those claims were “way overblown,” stressing that Grewal’s agency was set up to be independent, “unlike previous administrations.”

A Grewal spokesman did not immediately respond to a question about his relationship with the governor’s office.

Grewal’s also worked as a county and federal prosecutor, and he made $175,000 a year when he began as attorney general.

He’ll likely earn more at the federal level. One of his predecessors at the commission was paid more than $250,000, according to 2018 federal data.

Our journalism needs your support. Please subscribe today to NJ.com.

Have a tip? Tell us at nj.com/tips.

Next post What’s The Best Way To Help The Climate And People, Too? Home Improvement

LAS VEGAS (AP) — A Nevada judge has granted a temporary restraining order that bars authorities from immediately searching the personal devices of slain investigative reporter Jeff German. The Las Vegas Review-Journal filed a request for the emergency order earlier this week, after officials investigating German’s killing asserted that they could search the devices as […]

STOCKTON, Calif. (AP) — Rewards totaling $85,000 have been offered for information leading to an arrest in five fatal shootings...

The struggle for democracy persists as we come into the second half of 2022. As the year progresses, we face...