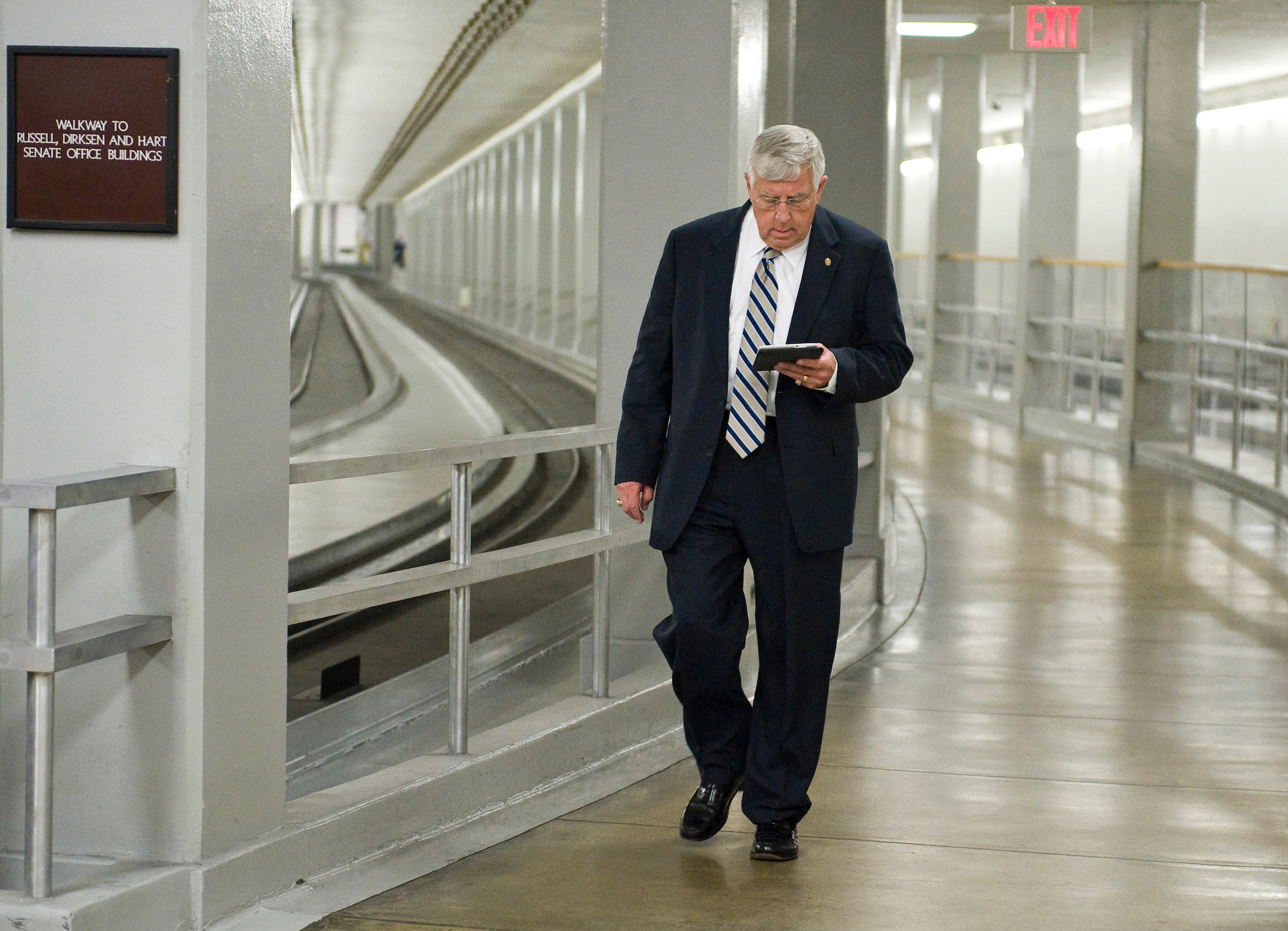 “I started this effort in the last century and I’ll continue into the next if that’s what it takes to adapt this Senate rule to the times,” Enzi said in a statement not long before his retirement.

Sen. Sheldon Whitehouse, D-R.I., was a kindred spirit of Enzi’s when it came to trying to drag Senate floor operations into the early 21st century, and an aide said he would continue the effort.

Laptops are used on the floor by a small cadre of floor operations staffers to help keep track of the proceedings. But, when a surprise amendment appears, there is no way for senators to read it on the floor unless they either huddle around the original text or wait for a staffer to collect photocopies.

This antiquated system is also a challenge to transparency, because it is often the case that the Senate may actually begin voting on long lists of amendments — as they will during the anticipated budget resolution vote-a-rama — without the legislative text of amendments being accessible to the public in real time.

The process of tracking down contentious amendments during a budget debate sometimes involves phone calls, text messages and emails, and a bit of patience because sometimes it also involves running three or four flights of stairs to review amendments stacked on a table next to a large photocopier in the Capitol basement.