Santa Barbara and its Montecito, Calif., suburb have been a haven for the wealthy from Hollywood and beyond since the early 19th century. But the pandemic has seen even more A-listers flocking to the coastal enclave 90 miles north of Los Angeles, most notably Prince Harry and Meghan Markle, who bought a $14.7 million home in Montecito in August, even if they have settled into a more low-key quarantine lifestyle than the other new power couple in town, Katy Perry and Orlando Bloom, who have been spotted all over the place.

“The market has been very busy — there’s high demand and low inventory — and people are extending their rentals into fall,” says real estate broker Ashley McGowan of McGowan Partners of the pandemic induced live-and-work anywhere trend.

Fashion retail has had mixed success in the Santa Barbara area, with longtime State Street stalwart Saks Fifth Avenue first converting to an Saks Off Fifth outlet in 2015 and then to Amazon offices earlier this year. But the recent surge in more high-profile long-term residents and travelers from L.A. and the Bay Area has created a new captive audience — and an opportunity for luxury shopping and hospitality.

At Rosewood Miramar Beach, the luxury Montecito resort with suite-to-sand access opened in March 2019 by retail impresario Rick Caruso, average daily rates this summer have been among the highest in the nation, $2,100, and the property is currently the best performer globally in the Rosewood Hotel Group.

Miramar’s private beach club, with an initiation fee of $125,000 and a vintage nautical cocktail bar, is the place to be seen. Degeneres was snapped having lunch at the club with Kevin Hart, after he defended her in one of the summer’s biggest celebrity scandals.

“A lot of people who are going there now used to be going to Europe or St. Tropez or the South of France,” Caruso tells WWD of the resort’s appeal this summer, when he says occupancy rates were between 80 and 100 percent. Of the royals’ decision to settle in Montecito, naturally, he’s elated: “I had a chance to spend some time with them last year and they are very nice people.”

From a fashion retail perspective, Caruso sees opportunity for his property, which already has Goop and James Perse stores, and a new outpost of multilabel boutique The Webster, which has been seeing a clientele for its LHD print dresses, Dior bucket hats and Chanel fanny packs that’s 40 percent local, 60 percent visitors. “We now know there’s a demand for luxury product and there’s very little, if any, of it being sold in the area,” he says. “Montecito is year-round, so I think you are going to see luxury brands and other brands wanting to open up full-size stores.

“We have a number of retailers who are interested and we are working on creating a space for them,” adds the owner of The Grove, Palisades Village, Americana at the Brand and Calabasas Commons shopping centers.

The Webster at The Miramar in Montecito, Calif.
Courtesy

Retail developer Jim Rosenfield, who owns the refurbished Sixties-era outdoor Montecito Country Mart that’s a sister property to the Brentwood and Marin Country Marts, is also feeling momentum, even amid the economic downturn and shift to online shopping. Although his property has experienced turnover through the years, most recently losing national chain Intermix, it recently added Studio C, a 1,200-square-foot, C magazine-curated pop-up of styles by California designers.

“We’re filling a void in Montecito bringing a multibrand boutique to the multitude of family businesses,” says Jennifer Smith, founder, editorial director and chief executive officer of C and Santa Barbara magazines, and a Montecito resident. “For all of the recent hardship, from the fires to the mudslides, the pandemic has been bittersweet because it has reinvigorated our love for the community.”

Clare V, the L.A.-based clothing and accessories designer, opened in the center in August. On a recent Friday afternoon, when a store associate was asked if she’d seen Harry and Meghan come by, she replied, “No, but Katy and Orlando came in — and Orlando took his shirt off!” (The star tried on several of the brand’s top-selling French terry sweatshirts.)

“The quality of merchant we’re talking to now is on the level of top-tier luxury brands,” says Rosenfield, who has a rosy outlook on adding more higher-end tenants to his retail mix, which already includes his wife Heather’s children’s store, Poppy Marche, stocking all the designer baby surf trunks and fisherman sandals that Archie Harrison Mountbatten-Windsor could ever want to grow into. “The future of Montecito may look more like a seaside resort like Cannes with a few small luxury stores. All these shops, brands, they want to offer product where people are. That’s the first rule of fishing — go where the fish are.”

L.A. designer Heidi Merrick, daughter of world-renowned surf shaper Al Merrick, who had his Channel Islands Surfboards shop on State Street for 40 years, is considering moving her clothing business to her hometown in the wake of the pandemic — or perhaps Summerland, a more bohemian Santa Barbara suburb “where all the cool kids hang out.” On the subject of more high-end retail coming to the American Riviera, as some call it, she says, “I’m surprised they’re not there already.”

But others aren’t so sure that Santa Barbara, or even Montecito, is destined to be a luxury spot in the LVMH or Kering kind of way.

“That is not the local perspective,” says Sara Deinhardt, manager and buyer for Wendy Foster Sportswear on San Ysidro Road, hinting at a rift between those who welcome the kind of change that could come with Santa Barbara’s new standing on the global stage and those who don’t.

Wendy Foster has been the go-to for the Diane Keaton-haute bohemian look (Yohji Yamamoto, Ann Demeulemeester and Sofie D’Hoore) for 43 years. She and her husband, chef and Santa Barbara Winery owner Pierre Lafond, own a complex with a gourmet food mart, housewares store and two clothing boutiques. They have another boutique, Angel, on Montecito’s Coast Village Road, and Wendy Foster outposts in downtown Santa Barbara and in Los Olivos.

“Our community has always been a little safe haven and I hope it stays that way,” says Deinhardt, adding that while it does seem more people are moving to town, helping sales of Ulla Johnson, Xirena and The Great mostly bounce back to pre-pandemic levels in August, the vibe still feels “normal,” meaning there are not paparazzi and drones everywhere in search of the SoCal royalty with multimillion-dollar homes nearby.

“I understand why they want to be here, but you wonder what it will do,” says Steven Tiller, owner of the SeaVees footwear brand which has its flagship in Santa Barbara’s lively Funk Zone outdoor restaurant and wine tasting room-filled downtown. “But that’s why celebrities like it here — because they can have a private life…and people respect that. We’ve had Katy Perry and Orlando Bloom in the store.…I wasn’t there but was told our staff didn’t go out of its way to ogle them, they just treated them like they’re normal.”

In late August, Markle generated worldwide fashion buzz by wearing SoCal brands Anine Bing and Janessa Leoné during a Makers Woman video interview with Gloria Steinem that appeared to be filmed from her new Montecito estate. But Tiller isn’t rushing out to try to leave shoes on Markle’s doorstep: “If they wandered into the store one day, we’re not going to turn them away,” he says nonchalantly.

“At some point do I think Meghan will hit Whole Foods, I certainly do. Or maybe her first outing will be to Pierre Lafond,” says public relations and events specialist Alice Ryan, who lived in Montecito for five years before moving back to London this month. “I think Harry’s going to be at the Montecito Polo Club — there’s an English master who lives there, a guy called Justin who runs the club, who plays on the polo team with Nacho Figueras. Maybe he’ll also have a burger at the Honor Bar or breakfast at Tre Lune.”

Still, she doesn’t see the new spotlight bringing an influx of luxury retail development, or changing much of the private, small-town feel, noting that she only saw Oprah twice while living there. “Part of the allure and magic of Montecito is for people to have that be their escape. They are not shopping locally so much, there’s something about having the capacity to go elsewhere to source something beautiful for their house,” she says, adding that when Oscar de la Renta did a pop-up shop at the Montecito Country Mart in 2018, it wasn’t exactly overrun. “It’s very much about people enjoying the luxury of their lives.”

Home Gardening Is Blossoming… and Fashion Is Taking Notice

Previous post With nowhere to go, Coloradans are spending big on home improvements – The Colorado Sun 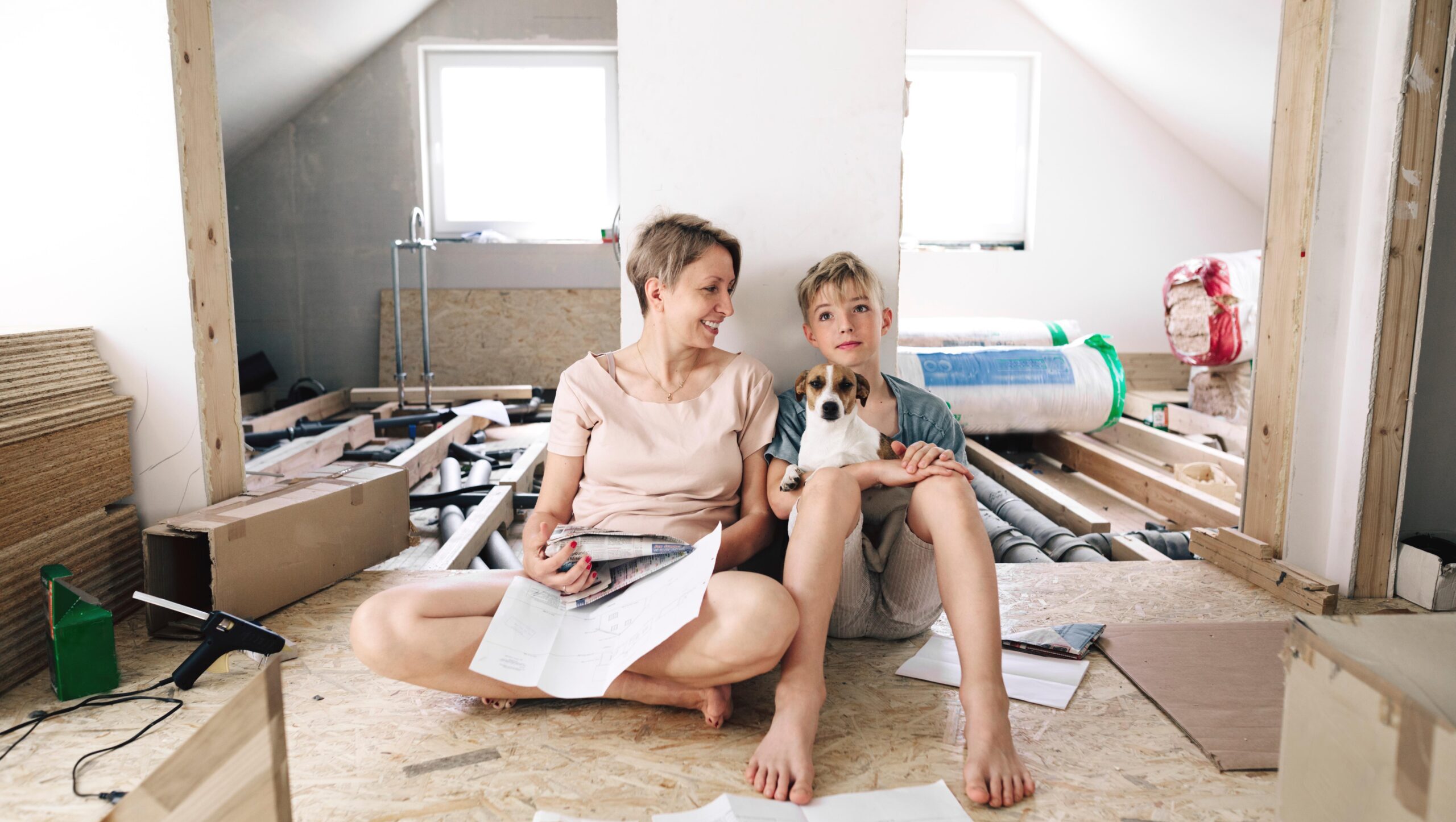 — Recommendations are independently chosen by Reviewed’s editors. Purchases you make through our links may earn us a commission. The Nordstrom Anniversary sale 2022 is ending tomorrow, July 31 and now’s your last chance to scoop fashion finds from Spanx, Free People, Nike and more at a crazy bargain. If you want to make a […]

The fashion industry is “duping” shoppers into believing they are making sustainable purchases by using “vague” language and exaggerating claims,...

Inside the flagship boutique of Gaucho in Miami's Design District gaucho When it comes to the beach and sun, Miami...

For a lot of people, regardless of whether they are men, women, or anyone in between, shopping for clothes is...

Fast fashion retailers, with their need to constantly meet growing sales goals and investor expectations, give little recognition to...

As shoppers, we’re all becoming more aware of the downsides of fast fashion: the environmental degradation, the labor issues. Shopping...