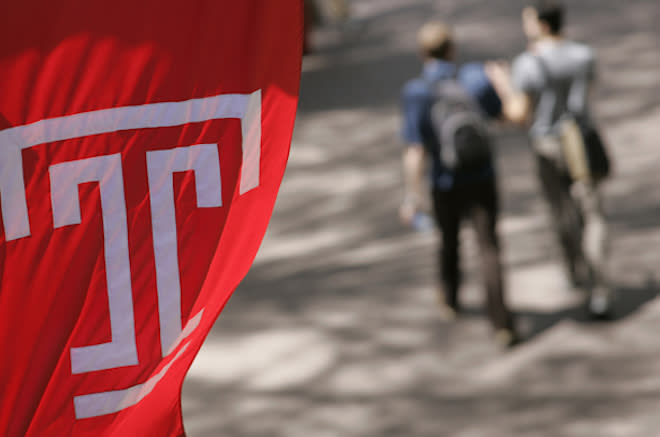 Temple University’s Fox School of Business says that the rankings scandal over its online MBA program has cost it a minimum of $17 million in “remediation costs.” The school made the disclosure in a settlement with the U.S. Department of Education over the school’s misreporting of data to U.S. News & World Report.

Under the settlement, announced yesterday (Dec. 4), Temple agreed to pay a $700,000 civil fine to the government. The payment is in addition to an earlier $4 million settlement of a class-action lawsuit filed by former online MBA students who claimed the school’s rankings scandal devalued their degrees, nearly $1.5 million to students in other Fox programs impacted and an agreement with the Pennsylvania Attorney General’s Office to award $250,000 in scholarships to students who enroll in business school programs affected by the false data reporting.

The Fox School of Business, which was tossed off the U.S. News ranking last year managed a return to the list of the best earlier this year. But instead of ranking first, Fox managed to do no better than 88th place this year, tied with six other business schools (see U.S. News 2020 Online MBA Ranking: Some Familiar Names & A Few Surprises).

Temple’s estimate of the cost of cleaning up the scandal includes the fees to law firms as well as additional costs resulting from additional staffing, auditing, and other professional fees. While the school’s settlement with the Department of Education does not admit wrongdoing or liability, it is beyond dispute that the school’s officials had fraudulently supplied data to U.S. News that misrepresented the health and quality of its online MBA program.

Indeed, the settlement clearly states that the Fox School of Business “knowingly and intentionally submitted false information to artificially inflate” its rankings for the online MBA and other programs. It also noted that the school “knowingly and intentionally republished the false rankings many thousands of times via online portals, social media, fully wrapped buses and newsstands, highway billboard signs, and advertisements at airport terminals, on trains, at train stations, in magazines, in newspapers, and on television and radio. The Department believes this advertising wrongly increased Temple’s enrollment and revenue, deceived consumers, and unfairly harmed competitors.”

The scandal occurred under then Fox School Dean M. Moshe Porat, who had led the school for 22 years until being fired from his job after refusing to resign in 2018. The university’s decision to remove Porat was made after a highly damaging independent review by the law firm of Jones Day which found numerous examples of misreported data, if not outright fraud, along with evidence of a cover-up. The Jones Day investigative team interviewed 17 Fox employees and reviewed more than 32,000 documents.

The firm’s investigators discovered that Dean Porat and other Fox personnel made clear that improving or maintaining Fox’s position in rankings was a key priority. “Fox had in place a concerted, rankings-focused strategy including detailed analyses of U.S. News’ rankings methodology and strategies tied to specific U.S. News data metrics, which strategy was promoted internally by the Dean and other Fox personnel,” the investigation found. “The environment fostered by the school’s emphasis on rankings contributed to the reporting of inaccurate information to U.S. News. Moreover, the Dean’s focus on rankings, coupled with his personal management style, caused Fox personnel who interacted with the Dean on ranking-related matters to feel pressure to perform in this regard.”

Porat has since claimed that he was unfairly blamed for the reporting of false rankings data to U.S. News and that his reputation and legacy were destroyed in a lawsuit against the university (see Ousted Temple Dean Sues School For $25M).

‘FRAUD CAN HAPPEN ANYWHERE AND FRAUD MUST BE STOPPED’

Department investigators reinforced the law firm’s findings. The U.S. Department of Education said it discovered that between 2014 and 2018 the school inflated its rankings by falsely reporting to U.S. News the number of enrolled students who provided GMAT scores to the school, the mean undergraduate GPAs of students, the number of offers of admission to applicants, he debt levels of Fox School students who borrowed loans to pay tuition, and the ratio of full-time technology support personnel to supported faculty members at the Fox School. The department concluded that the false data caused U.S. News to rank Temple’s online MBA and other programs “substantially higher than it would have if Temple had provided accurate information.”

The school’s fraudulent claims represented what the department called “a substantial misrepresentation of the nature of Temple’s educational program in violation” of federal law.

“We know many students rely on rankings to make decisions, and in this case, students were presented deliberately falsified information,” U.S. Education Secretary Betsy DeVos said in a statement. “It has been our commitment from day one to hold all higher education institutions — nonprofit, proprietary, and public — accountable to the same standards and to ensure students are protected from bad actors. … Fraud can happen anywhere, and fraud must be stopped everywhere.”

‘GRATEFUL’ TO HAVE REACHED A SETTLEMENT

Cleaning up the mess at Fox has fallen to Ronald C. Anderson, former chairman of the school’s finance department, who was first named interim dean in July of 2018 after Porat’s dismissal. Anderson was named permanent dean in June of last year.

In that time, Ron has displayed exceptional leadership ability in shepherding the schools through a transitional period. He has created a culture of openness and communication that has been felt throughout Fox and STHM. Over the last year, we have received strong positive feedback about Ron from Fox and STHM faculty, students and alumni. As a valued member of the Fox School’s faculty since 2012 and former chair of the school’s Department of Finance for several years,

In a statement, Temple University spokesman Ray Betzner said the school was “grateful” to have reached the settlement and that it has since taken “broad-sweeping corrective measures” to ensure data misreporting doesn’t happen again.

“This included, for example, establishing an internal Data Verification Unit charged with overseeing the university’s data submissions, making online and telephone hotlines available for the reporting of malfeasance, retaining a third-party auditor for data submissions, and investing in increased training,” he said.

DON’T MISS: U.S. NEWS KICKS TEMPLE OUT OF ITS ONLINE MBA RANKING or MBA RANKINGS: WHY SCHOOLS ARE WILLING TO CHEAT