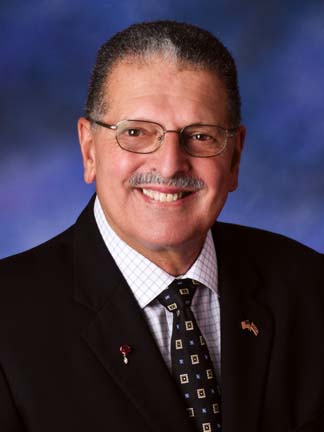 Victorino submitted his request to Gov. David Ige on Friday in the wake of a new record of 60 COVID-19 cases statewide, with all but a couple on Oahu and one travel-related case on Maui.

“The (Oahu) numbers have been extremely high, and it’s passed some of the trigger points we have discussed at some of our meetings about stepping back if necessary,” Victorino said during a county news conference Friday afternoon.

Separately, popular pizza restaurant Flatbread Co. in Paia announced via social media Friday that it is temporarily closing due to a COVID-19-positive staff member. 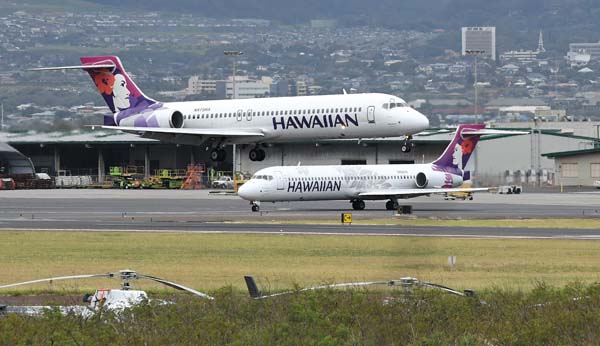 A Hawaiian Airlines jet lands at Kahului Airport on March 31 as another is getting ready to take off. Maui County Mayor Michael Victorino has asked Gov. David Ige to reinstate the inter-island travel quarantine in the wake of the spread of COVID-19 cases on Oahu. — The Maui News / MATTHEW THAYER photo

“I’m here to tell you . . . something horrible happened,” Pang said during the news conference. “Tomorrow, we will report more (cases) that are not travel-related, they are gathering related.”

Five or six big gatherings with coronavirus-positive cases produced at least 200 contacts “in the blink of an eye,” Pang said. The gatherings were “all kinds,” including indoor, outdoor, parties and at beaches.

“When we began to investigate, no mask, close distances, I don’t know about hand-washing, but those two are horrible and are bad enough to give me the chills,” he said.

In urging the entire county to renew COVID-19 safety measures of mask-wearing, distancing and hand-washing, Pang said about 40 percent of the 200 contacts will be asymptomatic and still spread the disease to “five to seven times” the number of people.

In addition to asking that the 14-day interisland travel quarantine be reinstated, Victorino asked in the letter that Hawaii move from “Act with Care” to “Safer at Home.”

“Furthermore, we will be evaluating the need for suspension of medium to high risk activities in Maui County,” the letter said.

During the news conference, Victorino explained that reverting to the “Safer-at-Home” order is not intended to “shut down businesses but to make people understand that they are responsible for their actions.”

He said that he wants interisland quarantine and the “Safer-at-Home” order in effect until Oahu’s numbers are under control.

“It’s extremely dangerous, they’ve been averaging well over 25 new cases per day for the last three weeks,” he said.

The mayor said that the governor has yet to respond, and he anticipates a reply next week when the Hurricane Douglas threat passes.

The governor’s office did not respond Friday to a request for comment on the mayor’s interisland travel quarantine request.

Of the 60 cases Friday, the vast majority were on Oahu with 58, one on Maui and one Hawaii resident diagnosed out of state.

The record-setting single-day count Friday followed a record-setting day on Thursday with 55 new cases reported. Two of those cases were on Maui and were associated with travel, unlike the 50 on Oahu, which state Department of Health officials said were without incidence of travel or exposure to those who have traveled. The three other new cases Thursday were on Hawaii island.

There are currently 1,549, COVID-19 cases in the state. Oahu has 1,225, Maui County with 141 cases (two on Molokai and none of Lanai), Hawaii island with 117 and Kauai with 43 cases. A total of 23 Hawaii residents have been diagnosed out of state. There have been 26 reported deaths, including six on Maui.

The COVID-19 Joint Information Center did not provide any information on the one Maui case Friday, saying it does not comment on individual cases.

“We’re concerned that this relatively high level of cases is persisting on Oahu,” said state Health Director Bruce Anderson said in a news release. “Some of the cases we’re reporting today are associated with existing clusters, known cases and household spread, but others are new, unassociated cases that indicate increasing community spread.

“In contact tracing, we continue to identify cases connected with gatherings or just hanging out with close friends. Until we all recognize the importance of physically distancing from people outside of their households and wearing masks, we face the prospect of even higher numbers.”

“Nevertheless, contact tracing and testing alone will not control the spread of COVID-19,” Park said. “Everyone needs to adhere to the safe distancing recommendations and wear masks when near others. That is the only way we as a community are going to prevent the spread of this very infectious disease.”

On Friday, Maui Memorial Medical Center said it had no COVID-19 patients admitted. One positive patient reported earlier this week was discharged.

Hospital spokeswoman Tracy Dallarda clarified that after further testing and verification from the state Health Department, a second COVID-19 patient reported admitted to the hospital was a false positive.

There actually was only one positive patient admitted this week, she said.

Patients can expect to be screened, masked and taken directly back to an Emergency Department bed as soon as possible, Dallarda said. The tent will be put up again once the hurricane threat has passed.

Next post Stuck at home during lockdown, keeping busy with home improvement

What are the best places to visit in Greece anyway? It’s a huge task to decide where to go in Greece. It could take a lifetime to discover all of its beautiful islands and astounding archeological sites. Greece is one of the most popular travel destinations in the world with something to suit everyone’s needs. […]

Is Taiwan part of your 2023 travel plans? If so, you probably have a lot of questions brewing in your...