One of the biggest lawsuits against the alleged perpetrators of a retail investment scandal has been launched in the High Court with 13 businessmen being sued for £178 million over the alleged fraud at London Capital & Finance.

The move, launched by administrators acting for the 11,600 people who bought bonds in LCF, is set to trigger a flurry of other legal actions over failed investments made by pensioners in other companies allegedly connected to aspects of the LCF scandal.

These include investors who lost money on a big hotel scheme in the Dominican Republic called El Cuype and a Cornish holiday park, Waterside.

The legal action also includes salacious details of how some of the men spent bondholders’ money on horses and a helicopter.

Hume-Kendall is said by the Financial Times, which first reported the lawsuit, to have spent the proceeds on memberships of Annabels private members’ club.

The directors deny wrongdoing in the case which is currently the subject of a Serious Fraud Office investigation.

According to the lawsuit, Hume-Kendall and his wife Helen received at least £24 million of investors’ cash, with the FT citing a source saying £250,000 was spent on Annabel’s memberships.

Spencer Golding, who was banned as a director during the events due to previous misdemeanours but was allegedly a major shareholder in LCF-linked companies, is alleged to have received £42.8 million.

Elten Barker, a director of LCF’s biggest borrower, London Oil & Gas, is alleged to have received at least £5 million. His lawyer denied the allegations, accusing the suit as being a way for the administrators to run up further fees.

Careless is alleged to have “personally received” at least £8.5 million and his company, Surge, received £60.8 million. A spokesman for him said Surge was paid the “market rate” and that Careless and Surge would “vigorously” defend the action.

Hume-Kendall’s lawyer said he “strongly denied” the claims, a lawyer for Thomson did not comment, the FT reported, and representatives for Golding did not respond to the paper’s requests for comment.

Five of the defendants are alleged to have failed to take sufficient steps to discover the alleged fraud.

Pradeep Oliver, partner at Cripps law firm, which is representing El Cuype and Waterside investors, said: “The core group of individuals did not just start with LCF but were engaged in selling unregulated investments to unsophisticated clients as long ago as 2010-2011.

“It is hoped that the action taken by the administrators will bring the individuals to account and provide clarity on the whereabouts of investor funds.” 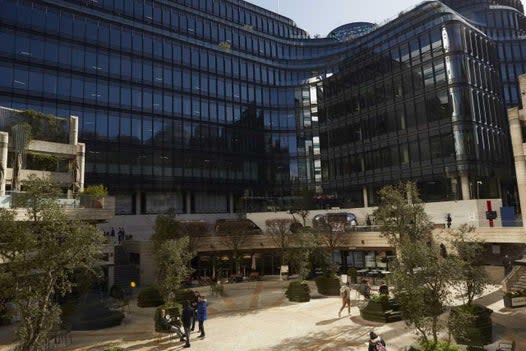