We once believed that Macs would never get a virus, closing apps would save battery life and private mode was really private.

Call me your digital life myth-buster with six misconceptions you can stop believing.

You can’t be tracked if GPS is off

Even if you turn off location tracking on your phone, you can still be tracked. Smartphones continuously check in with cellphone towers. Using this data, the proximity of your phone can be easily calculated.

But in the words of those late-night television commercials, “Wait, there’s more!”

A few years ago, researchers at Princeton University released an app called PinMe. They proved that a phone’s location could be pinpointed by using only a phone’s sensors. The app collected compass details from the phone’s gyroscope, air pressure readings from the phone’s barometer, and speed along with the direction of travel from the phone’s accelerometer. No additional tech was needed to see the phone’s precise location on a map.

Let your phone’s battery drop to zero before recharging it

Years ago, nickel-cadmium batteries suffered from the dreaded memory effect. The batteries would remember previous cycles and would not recharge fully. So the modus operandi was to make sure you drained the battery down to zero before recharging it.

That’s not the case anymore with today’s lithium-ion batteries. These batteries degrade over time. A full charge that you have on your smartphone now does not last as long was when your phone was new.

You can check your iPhone’s battery. Go to Settings/Battery/Battery Health.

Unfortunately, you can’t monitor battery health in the same way in Android 10. To see other battery stats, including usage, go to Settings/Battery. Tap the three-dot menu to see Battery usage.

You can track your battery life with a third-party app, like AccuBattery.

Here’s a creepy scene that’s being reported more often: Immediately after a private, personal conversation, an online ad pops up on your computer or smartphone for the very thing you were discussing. Just a coincidence?

From a technical standpoint, Facebook and many other apps can have full access to your smartphone’s microphone, even if the app is not running. So yes, snooping can easily be done. But big tech companies, especially Facebook, deny doing it.

If you use an iPhone, go to Settings/Facebook/Settings in the sub menu. Slide the Microphone switch to the left so it turns from green to white. That turns it off.

Alternatively, go to Settings/Privacy/Microphone then look for Facebook. Note that you can toggle the mic on and off for other apps, too.

On Android, open Settings/Applications/Application Manager. Look for Facebook, and tap App Permissions, then toggle the microphone off

Alexa records everything you say

Smart assistants built into smart speakers give you the weather, spew out the latest headlines, and offer you a ’90s playlist at a moment’s notice. But none of this is possible without you first speaking the magical wake word like “Hey Alexa,” “Hey Siri,” and “OK Google.”

The problem is that these smart assistants get easily confused. For example, Alexa wakes up when it hears “unacceptable,” “a letter” or “election.” Say “Hey Jerry” or “a city” and Siri is ready for your commands. Try not to say OK when a Google smart speaker is in the room. “OK, who’s reading” or “OK cool” wakes it up. For anyone who uses Microsoft’s Cortana, it responds to “Montana.”

Smart speakers record what you say after the wake words. Big tech says that they only use the recordings to make their devices more accurate. You can take back your privacy. You can review as well as delete your recordings.

5. Smart thermostats save you big money

Smart thermostats learn your schedule and adjust accordingly. These thermostats know how often you adjust it, the outside temperature, how long it takes for the room to reach a certain temperature, and whether you’re away or home. Paired with your smart assistant, you can raise or lower the temperature using your voice.

If you’re buying or selling a home equipped with smart devices, you need to take a few steps to secure all that tech. Tap or click here for directions.

You’re having trouble keeping a cellphone call connected. You check your phone and you see plenty of bars. What is going on here? Why are you still having trouble? It’s because those little signal-strength bars don’t necessarily mean what you think they do.

Signal bars are meant to indicate how strong the connection is between your phone and the cell tower, but no industry standard dictates how those bars are calculated. It’s up to the phone manufacturer to decide how to handle it. That means two different phones connected from the same spot to the same tower might show different numbers of bars. There can also be variations in the signal based on which carrier you use and its network technology choice.

Let’s go back to that original problem. Your phone has plenty of bars, but you’re still not able to keep a connection. This underlying issue might be network congestion, which can happen in urban areas and during big events when many people are all trying to use the network at the same time. While the number of bars is usually a good indicator of the signal, it’s not foolproof.

Listen to Kim Komando’s show from 1-4 p.m. Sundays on KRMG am740 or fm102.3. Read her columns or get her newsletters at komando.com.

Read her columns or get her newsletters at . 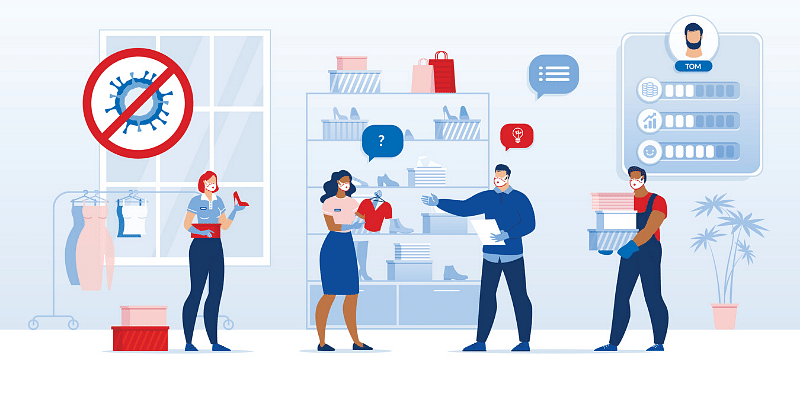