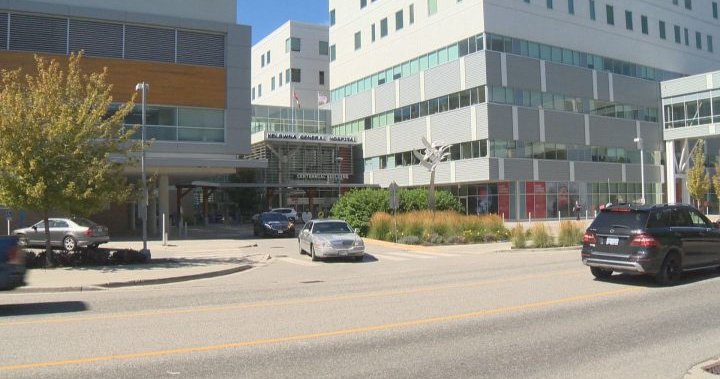 A Kelowna General Hospital frontline worker is extremely worried and angry about a planned vaccine-mandate protest scheduled to take place outside of KGH on September 1st.

Global News has hidden her identity because she is concerned for her safety.

“I wish that these protesters could come work in the intensive care unit and see the damage that’s being done. To see what they’re doing, what they’re causing and what they’re contributing to.”

The protest is being held by an organization called ‘Canadian Frontline Nurses.’

On their website, they have posters for planned protests in major Canadian cities across the country, calling for essential frontline workers to walk off the job and join the protest.

The organization did not respond to an interview request.

Recently, Global News reported how busy and overwhelmed hospital staff have been in Kelowna and the situation has reportedly not changed.

“We are overcapacity, overworked and we’re tired, we’re burnt out, we’re working 12-hour shifts with no breaks, we’re having to wear full PPE for a whole shift, we’re not getting water breaks, he’s not getting meal breaks, we’re being mandated to work double shifts because we don’t have staff to help,” the worker said.

Kelowna RCMP were unavailable for an interview but did supply a statement.

“The Kelowna RCMP is aware of the planned protest,” said Cpl. Jocelyn Noseworthy in an email.

“We encourage everyone to ensure that they are following the mandates set out in the current public health order. If this protest does occur, we will be working with our community partners to ensure that it does not interfere with the functioning of the hospital and that it remains a peaceful protest.”