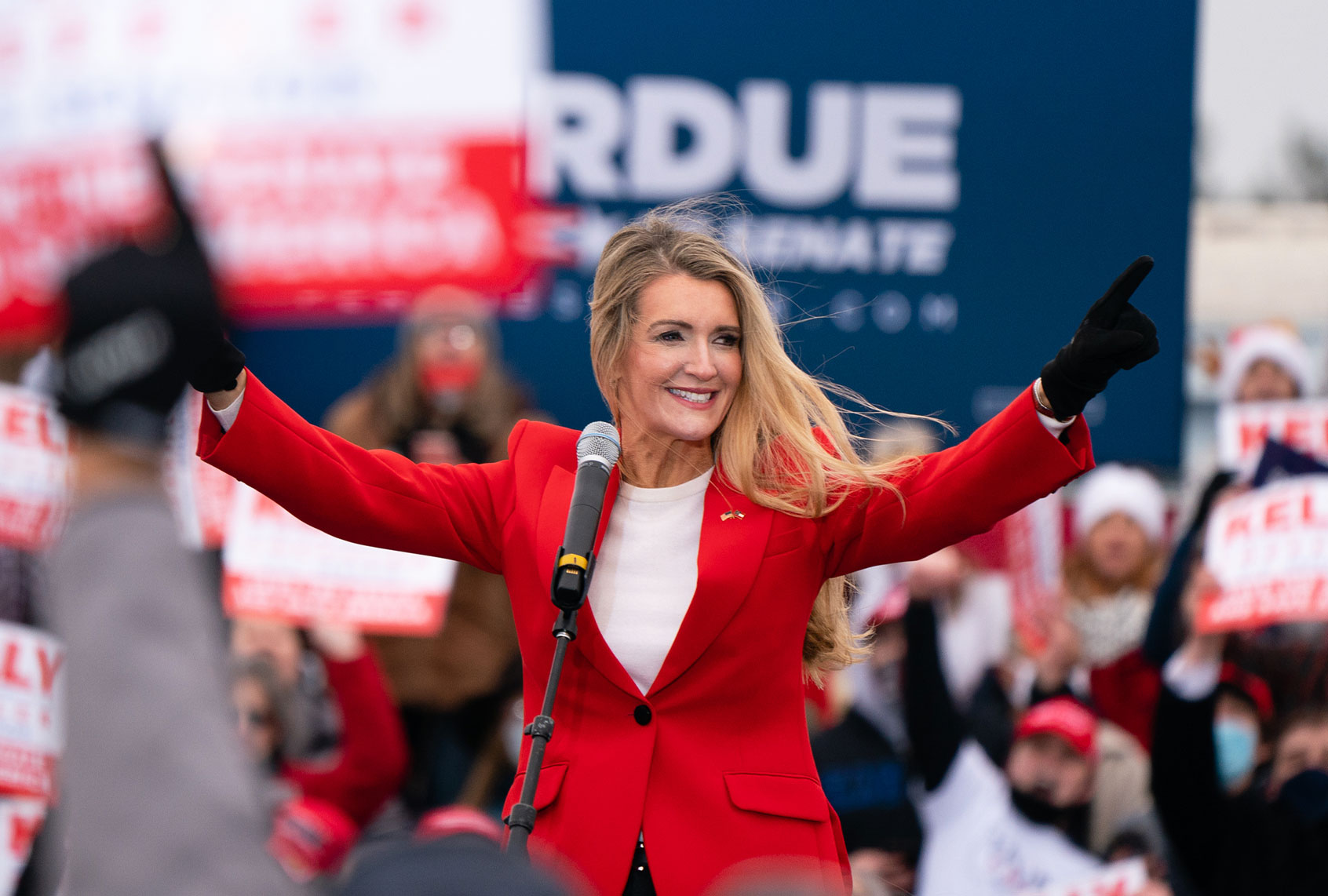 The fundraiser pulled in $200,000, and Kemp himself scored $18,100 from Loeffler. A few months later, Kemp would appoint Loeffler, a lifelong executive with no previous political experience, to fill Isakson’s seat, passing over numerous other Republicans, incluidng insiders from his own administration, former national officials and President Trump’s personal favorite, Rep. Doug Collins. The decision raised eyebrows at the time, and still does today: In bypassing Collins, who went on to challenge Loeffler in November’s Georgia “jungle primary,” Kemp not only alienated Trump, but created a tight special-election race that may well determine which party controls the U.S. Senate. That showdown — in which Loeffler faces Democratic opponent Rev. Raphael Warnock — culminates next Tuesday.

Even the most innocuous explanation for Loeffler’s appointment hinges on the advantages of her tremendous wealth: She promised Kemp she would pour $20 million into her own 2020 campaign, and would not require outside fundraising efforts. Kemp was also apparently attracted by a perceived appeal to suburban white women in his rapidly changing state. Even so, the appointment is difficult to understand, taken on Loeffler’s merits, biography, talents and expertise: She’s a onetime Mitt Romney Republican who, faced with the era of Trump and its hyper-partisan division, was forced to run so far to the right that she hit the road with a QAnon candidate and, more recently, posed for a campaign selfie with a former Klansman.

Even Loeffler appears to have believed she was a long shot: A month after Isakson announced his retirement last August, she was elected to the board of directors at Georgia Power, the premier electricity provider for the state and largest subsidiary of the Southern Company — a position her Senate appointment would force her to abandon only two months later.

That brief chapter of Loeffler’s pre-government life, however, opens the door to a deeper history and a new and complex set of unexplored ethical questions for a senator whose sprawling corporate ties overlap with an industry she is charged with overseeing, making it impossible to avoid conflicts of interest and accusations (fair or otherwise) of insider dealings.

While Sprecher’s involvement with the New York Stock Exchange grabs headlines as a familiar reference, his company is mainly grounded in the energy sector, which also provides much of the weight behind Loeffler’s résumé. Despite this background — or perhaps because of it — she has never articulated exactly where she stands on energy policy.

Intercontinental Exchange underpins an astounding array of energy futures exchanges both in the United States and globally. Well before Sprecher started the company, he was developing power plants. After the fall of Enron, ICE took its place, a position Sprecher leveraged cannily, gradually making his company one of the most influential financial firms in the world.

ICE’s subsidy, the NYSE, is itself home to more than 90{09c3c849cf64d23af04bfef51e68a1f749678453f0f72e4bb3c75fcb14e04d49} of all publicly traded utilities and pipeline companies in the U.S., and many of those use ICE markets to trade and hedge against their energy investments. To that point, ICE’s website claims that “more electric power is traded on ICE than any other electronic marketplace in the world.”

The southeastern U.S. — the second-largest energy market in the country, and, coincidentally, home to ICE and Loeffler — is one of the few regions that does not have a unified power exchange, and thus, no derivatives.

Around the time Loeffler was elected to the board of Georgia Power, the major utility companies in the Southeast secretly began engaging in talks about uniting the region into a single exchange. The exchange would include Southern Company (the parent of Georgia Power), as well as major players Duke Energy, Dominion and the government-run Tennessee Valley Authority.

The move, according to the larger companies involved, would benefit renewables and wholesale power sellers through a trading mechanism that more readily distributes excess energy capacity across a wider market, which they say will boost renewables and nuclear power. Detractors are skeptical — especially clean energy advocates. Jeff Dennis, general counsel at Advanced Energy Economy, told Salon that the new exchange, called the Southeastern Energy Market (SEEM), would mainly benefit the larger utilities, eclipsing the concerns of smaller companies, renewables and consumers.

“In general, while the SEEM mechanism might help the sponsoring utilities capture additional revenues for their own largely fossil-fuel-generating plants and squeeze some marginal savings for customers out of the existing system, it accomplishes little else,” Dennis said. While SEEM’s sponsor companies claim that the exchange will save customers $40 million to $50 million annually, he said, that amount is small when spread across the entire region and the 50 million people it serves.

“Customers and clean energy developers are concerned that SEEM will not be a stepping stone to a true regional competitive wholesale market and integrated transmission grid in the region,” he added, “and could lock in the region’s reliance on existing natural gas and coal-fired power plants instead of serving to help the region transition to lower cost and cleaner renewable and advanced energy resources.”

Because SEEM’s first iteration will not be as consolidated as other independent energy networks in different parts of the U.S., which trade on ICE’s exchanges, the system will not support futures trading. An ICE spokesperson told Salon that the company has not been involved.

“The utilities did this among themselves — no consumer advocates, and no regulators,” the lawyer continued. “There is no effective independent oversight. It’s governed by a board, run by the utilities. We need public interest stakeholders, and government structure, so that companies aren’t the only ones making decisions.”

But the proposal is far from a done deal. The companies, which want to open the exchange sometime next year, must first get the go-ahead from federal and state regulators. Last week North Carolina authorities put a hold on their goal of filing with the federal government by Dec. 28. A Biden administration will likely prove a harder sell.

That might help explain why Thomas Farrell, CEO of Dominion Power, made a maximum donation to the Loeffler campaign last week. Thomas Fanning, CEO of Southern Company, contributed to Loeffler last February, and along with his wife made a maximum donation at the end of November, according to filings with the Federal Election Commission. While Loeffler might not have direct oversight over this issue, she can act as an ambassador for their industry, and a GOP-controlled Senate would be able to check the Biden administration.

The Georgia Power board found Loeffler’s background attractive as an ambassador and inside eye for the financial side of the business. Paul Bowers, company president and CEO, said the board had picked Loeffler not only because of her knowledge about energy markets and European carbon trading markets, in which Georgia Power deals heavily, but her knowledge of cryptocurrency — Loeffler was at the time CEO of Bakkt, the aforementioned joint venture between ICE, Microsoft and Starbucks.

“This insight into the global energy market and her unique digital experience will provide an extremely valuable perspective as we evolve as an energy industry and as a business to build a sustainable energy future for our customers and state,” Bowers said in a press release at the time.

Cryptocurrency is also tied into energy markets in more than one way. First, blockchain technology, on which cryptocurrency is based, has several actual or potential applications in energy and power exchanges, particularly for new and renewable technologies. But it’s also true that the industry itself uses a lot of energy: Bitcoin, in which Bakkt deals, consumes more energy annually than the entire country of Switzerland.

Loeffler’s project with Bakkt was to develop what the company called a “regulated global ecosystem” designed to enable payments, markets and “new use cases” for cryptocurrency — including launching a Bitcoin futures exchange with ICE.

When Loeffler joined the Senate, she was named to the subcommittee that oversaw that very industry: Futures trading. She only stepped down from that post after widespread backlash to her remarkably well-timed stock trades ahead of the coronavirus pandemic — including in shares of her own company. She still sits on the broader Agriculture Committee, however, which has overall oversight of the industry. And she still holds shares of Bakkt, which has performed increasingly and surprisingly well this year.

Tim Echols, a Republican member of the Georgia Public Service Commission, which regulates electricity in the state and sets statewide energy policies, told Inside Climate News earlier this year that Loeffler’s experience as CEO of Bakkt would be a political asset, specifically when it comes to energy regulation and market design.

“For me as a conservative Republican, Kelly has the full package,” Echols said. “She is right on the social issues, she knows business and she understands energy minutiae.” He predicted she would favor tax credits for electric vehicles and solar investments, while supporting nuclear energy, but to this point Loeffler appears only to have made one limited public statement about electric vehicles.

“In the nearly six years since the coal ash rule was finalized, Georgia Power bought about 75 properties for an average price of $8,800 per acre — outpacing the growth of average real estate values in rural areas of the state. The company purchased a third of those properties for over $30,000 an acre — and a handful for over $100,000 an acre,” ProPublica reported.

Loeffler does not sit on the Senate Energy Committee, but as mentioned above she sits on the Agriculture Committee, whose oversight includes issues regarding rural energy development.

Georgia Power has also been trying for years to finish construction on the Vogtle nuclear plant, near Atlanta. The construction project has been a money pit to this point, however, running billions of dollars over budget.

In February, Health and Human Services Secretary Alex Azar bought between $100,000 and $250,000 in futures for the Municipal Electric Authority of Georgia, a nonprofit municipal energy company with a significant stake in Plant Vogtle, according to his mandatory federal financial disclosures. In that same period of time, Azar had briefed Loeffler, among other senators, on the looming coronavirus pandemic.

The Loeffler campaign and ICE did not reply to Salon’s request for comment. 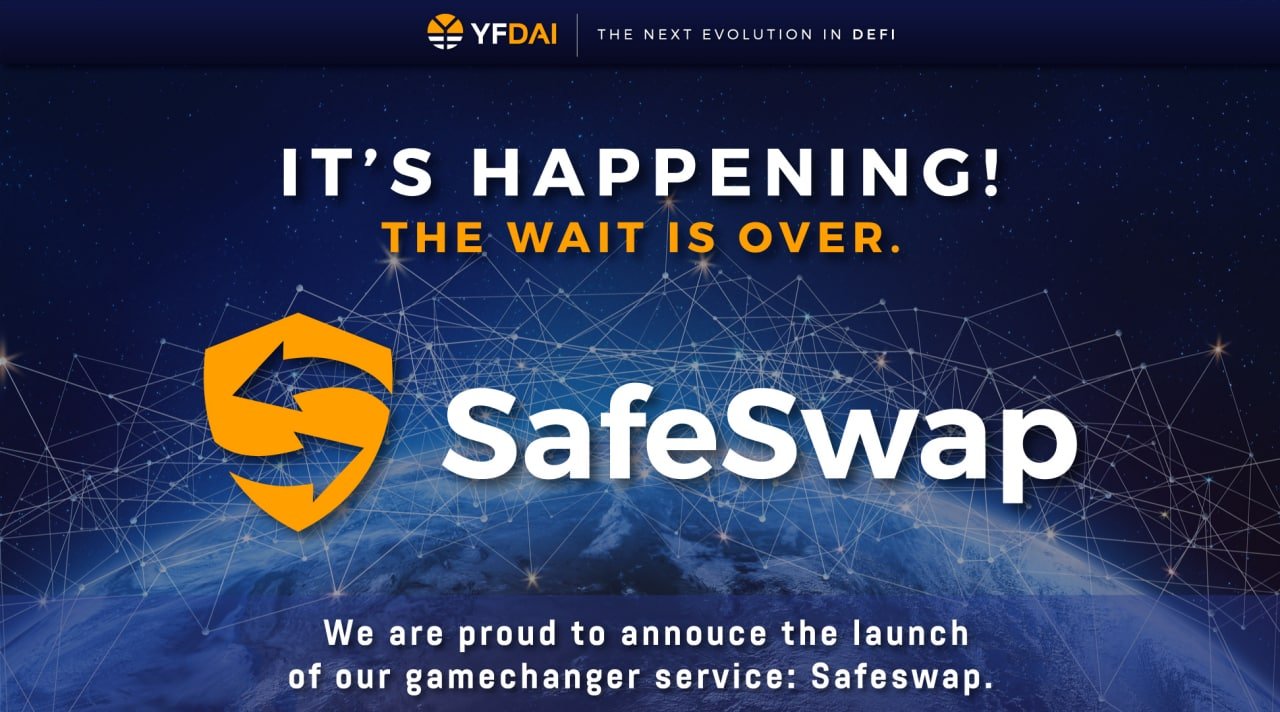 Previous post YFDAI Finance on Path to Push DeFi to the Limit, Starting with SafeSwap and Launchpad