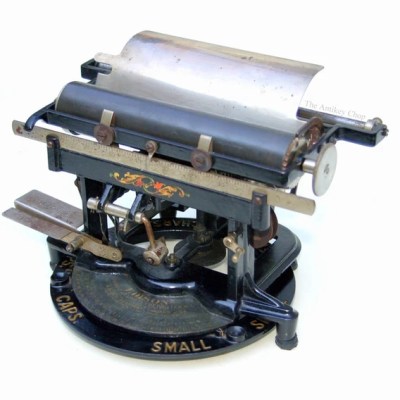 Oh, the places plastic has taken us. One of the arguably better inventions might be the fake carve-able pumpkin, which is more or less guaranteed not to shrivel up and rot on your porch, though it might get smashed by wily teenagers along with its organic brethren next door.

Though they will be around much longer, the fake kind lend themselves to all kinds of creations, including this one from [BunkEbear] which was “a nightmare” to build. Yeah, we bet it was along the lines of [Aaron Rasmussen]’s spherical keyboard, except inside out, since that one’s concave.

This tasty keyboard is modeled after the Malling-Hansen writing ball, which is arguably the first commercial typewriter and dates to 1865. [BunkEbear]’s pumpkin version features the 54-key layout, plus two additional for Shift and Escape to suit modern needs. Since the inside of the pumpkin is pretty small, [BunkEbear] wired all the connections close together on the protoboard, and used JST extension cables between the Glorious Panda switches themselves and the Arduino Pro Micro.

Before you get too excited and wonder what others you’re unaware of, no this thing wasn’t invented by Thomas Edison — it was created to support the Edison Mimeograph by cutting stencils from wax paper, but as a special bonus, also functioned like a typewriter. Edison’s name was licensed to one Albert Blake Dick for the purpose of selling these machines through his office supply business.

Unfortunately, it was difficult to use, and did neither one of its two functions well. As a typewriter, it was slow, averaging 30 WPM vs. an average 80 WPM from the competition. Other typewriters were even better at cutting wax stencils.

Much like Frank Lloyd Wright and certain buildings bearing his name, Edison disowned this typewriter and distanced himself from it pretty quickly. Nevertheless, there were three models produced over the years, each with successively more keys. These horrible things finally went away after other manufacturers threatened to pull their machines from retailers unless they stopped stocking Edison typewriters. Well, that’s one way to do it.

You are surely familiar with the ultimate answer to life, the universe, and everything, which of course is 42. But what is the ultimate question? Why, it’s this keyboard here, from the third issue of Damn Fine Keyboards.

Whether related to H2G2 or not, don’t bother to count the colorful plastic caps, because there are the appropriate number of switches present. And appropriately, they are blue to match the lovely and simple 3D-printed case. While they would otherwise also announce loudly and proudly that [REDcamp] has solved this mystery of the ages, it seems that they chose to mod the Otemus by de-clickifying them. The horror! To each their own.

Do you rock a sweet set of peripherals on a screamin’ desk pad? Send a picture to Damn Fine Keyboards along with your handle and all the gory details, and you could be featured here!

ICYMI: We Had a Cyberdeck Contest 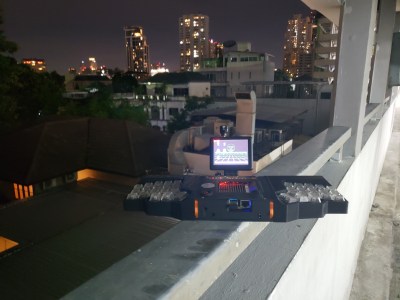 I’m not sure how you could have missed the fact that we held our first-ever cyberdeck contest, but we did, and boy, were the entries plentiful and amazing and the winners difficult to choose. But somehow we did.

And yes, ‘first-ever’ implies that there will be more to come. I already can’t wait to see what those entries will look like, now that we’ve had so many people establish what a cyberdeck even is.

Anyway, here is one of my personal favorites — [Tinfoil_Haberdashery]’s modular, ARM-based S/EA-X Cyberdeck — which won the prestige of an Honorable Mention in the Jacking In category.

In this case, jacking in comes courtesy of the S/EA — the Serial/Energy connection — which lets users connect terminals and other peripherals quickly and easily. Come for the split keyboard, and stay for the user manual, which is just icing on this cake.

When will the next Cyberdeck Contest be? Can’t say, really, but it shouldn’t be too far off — probably mid-2023 if my sources are to be believed. So keep those soldering irons warmed up in the meantime.

Got a hot tip that has like, anything to do with keyboards? Help me out by sending in a link or two. Don’t want all the Hackaday scribes to see it? Feel free to email me directly. 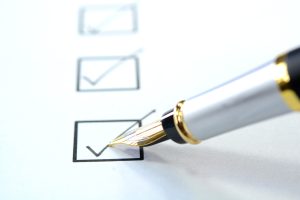 Next post The Mobius Strip And Knowledge Sharing • Derek Cheshire

Do you need a cheap, small computer for a low power computing project? Historically, of us would reach straight for a Raspberry Pi, even if we didn’t absolutely need the GPIO. But with prices elevated and supplies in the dumps, [Andreas Spiess] decided that it was time to look for alternatives to now-expensive Pi’s which […]

When it comes to repairability of electronic devices, much depends on how helpful the original manufacturer is. Some make repairs...