A new business building for Jacksonville State University, replacing one destroyed by a tornado nearly three years ago, should be completed by this fall, school officials say.

Work on Merrill Hall has passed the midway point, almost a year after it began, and is on schedule despite the COVID-19 pandemic, the school says.

“We’re very excited about moving into the new building this summer,” Dean Steven McClung said. “We believe it will give our students access to the latest technology and facilities, providing an education that will make them extremely competitive in their fields.”

Designed by Robert A. M. Stern Architects of New York City and Davis Architects of Birmingham, the 105,000-square-foot School of Business and Industry will sit on the former site of Merrill Hall. Hugh Merrill Hall was damaged beyond repair during an EF-3 tornado which touched down on March 19, 2018, on the JSU campus. It housed JSU’s School of Business and Industry for almost 50 years.

The new building will include a 300-seat auditorium, three-story atrium and common space, 12 academic classrooms, a finance lab, faculty and staff offices and a dean’s suite. The new building design incorporates the traditional Gothic architecture of the main buildings on campus, but features a three-story atrium and commons space which will serve as a gathering space. There will also be a café looking out onto a landscaped exterior courtyard space. Plans are in the works to create a coffee shop on the first floor to provide internships and job opportunities for students.

JSU’s School of Business and Industry has been operating on the former site of Jacksonville’s elementary school, Kitty Stone Elementary, since the 2018 storm. 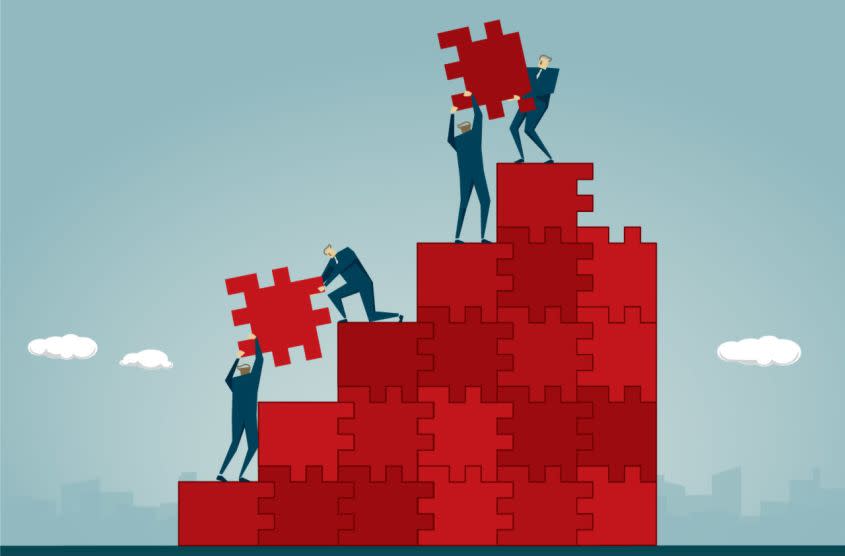