Joining An MLM Does Not Make You A ‘Small Business Owner’ 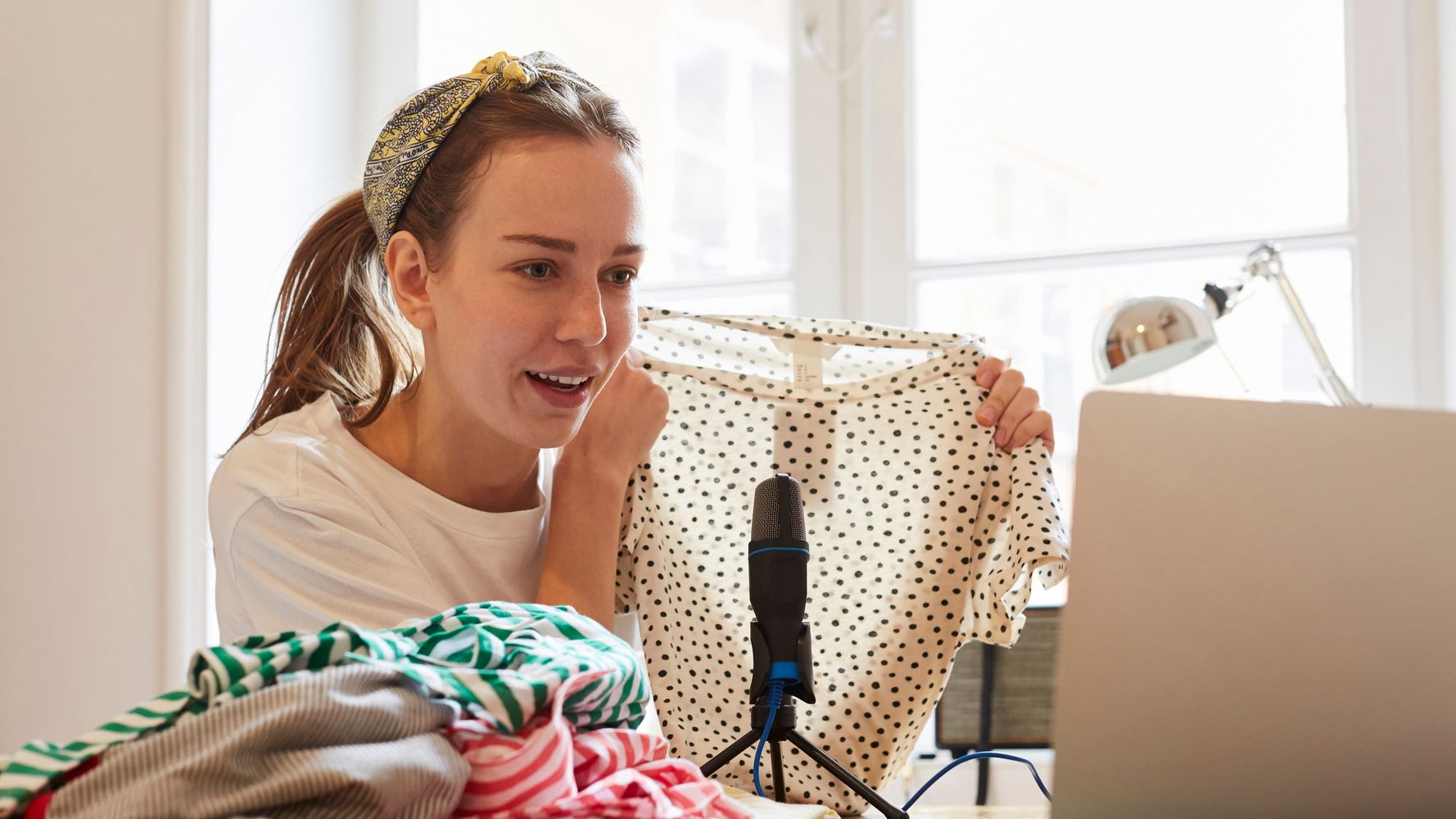 Jamie Smith of Portland, Oregon, joined the multilevel marketing company doTerra in 2014. She was working as full-time massage therapist and holistic health coach at the time, and had also launched a line of her own body care essential oil products. She was struggling with her business and rethinking her career ― that is, until she was introduced to doTerra by a friend.

“She really pitched me on the business and making X amount of money per month,” Smith said. “I was definitely in a financial need. I was also a new mom … the typical targeted, vulnerable person.”

As an MLM, doTerra hires “wellness consultants” to sell its products (essential oils, in this case) and to recruit new members to work underneath them for the company. Like most other MLMs, the opportunity is presented as a chance to start “your business” and “live the life you want.”

It seemed like a great opportunity to Smith. She could sell ready-made products to her clients rather than crafting them herself, all while maintaining her entrepreneurial lifestyle with the support and structure of an existing business. It’s a common promise among MLMs: Quit the rat race. Be a boss babe. Join and instantly become a small-business owner.

“Earning income with doTerra is called a ‘business opportunity,’ so the implication of running your own business is there immediately,” Smith said. However, with more than 1,500 employees and $307 million in sales each year, doTerra International is by no means a small business. And Smith was certainly not an owner.

Yet millions of MLM consultants believe that’s just what they are: small business owners. Here’s why they’re not, and why the premise can be so damaging.

Most MLMs Are Not Small Businesses By Definition

Generally, a small business is any privately owned company or sole proprietorship that generates less revenue and/or has fewer employees than a regular-sized business or corporation.

The specific standards that constitute a small business vary by industry, according to the Small Business Administration. For example, a small new-car dealer business has fewer than 200 employees. A small business that sells women’s clothing generates less than $30 million in average annual revenue.

Let’s look at some popular MLM companies, on the other hand. Mega-MLM Amway, which sells a variety of health, beauty and home products, boasted sales of more than $8.4 billion in 2019. LuLaRoe, known for its myriad colorful, patterned leggings, brought in $2.7 billion in 2017. Even smaller-scale MLMs don’t come close to being a true small business: Monat generated $435 million in revenue in 2018, while Color Street posted $119 million in revenue that same year.

Even though corporations engaged in multilevel marketing may not be small businesses, participants are often made to feel like they own a small chunk of the company, with the autonomy to run it as their own. With titles such as “independent consultant,” “fashion retailer” or “wellness advocate,” these positions imply a high level of expertise, authority and ownership ― not to mention, “consultant” sounds a lot more attractive than “sales rep.”

“The terms that different MLMs use to designate their participants, as well as the different levels in the compensation plans, are somewhat fanciful and arbitrary,” said Douglas M. Brooks, an attorney who specializes in representing victims of pyramid schemes, deceptive MLM programs and business opportunity scams. Higher levels, he added, are given terms that mimic those in traditional product distribution systems or other businesses, such as “supervisor” or “director.”

But the truth is that legally, selling products for an MLM makes you an independent contractor, not a business owner or franchisee, even though the distinction is often confusing.

“dōTERRA provides an opportunity for entrepreneurs to build an independent business selling dōTERRA’s high quality products. Individuals who choose to pursue this business opportunity must sign our Wellness Advocate agreement, which clearly defines their relationship with dōTERRA as independent contractors,” a doTerra representative explained.

Contractors are self-employed individuals who provide goods and services to another business or entity as a nonemployee. As a result, they don’t receive the same benefits or legal protections that actual employees do, such as a minimum hourly wage, paid time off, health benefits or a 401(k). They have to supply their own equipment and tools, and are responsible for paying their own taxes. In the case of MLMs, contractors often spend a large portion of their time recruiting and training new members in their downtime, but they do not hire, fire or manage any of their own employees. And the company can cut ties with the contractor at any time, for any reason.

So in a sense, independent contractors who work for MLMs are business owners ― but they are a business of one. They are sole proprietors, and don’t have any stake in the company they contract for.

You Have No Control Over The Company’s Vision, Strategy Or Products

Business owners are the vision behind the company. They’re typically involved in setting the pricing, overseeing product development, marketing and distribution, and making decisions about branding.

As an MLM consultant, however, you have zero control over these key business decisions. You don’t choose the products or have a say in how they could be improved. The prices and compensation structure are set for you. What you say about the products and company, and how you say it, is controlled by the MLM.

Before leaving doTerra in 2018, Smith said she was feeling immense burnout and fatigue from building up teams of distributors and seeing little financial payoff. And the overall experience seemed inauthentic. She felt like she was part of a factory. “I sort of let go of all of the other things that I had been trained to do, the other ambitions that I had to keep my own legitimate business as a health coach and massage therapist … to really just doing their business goals,” she said.

Brooks noted that the contracts between contractors and MLMs usually contain detailed instructions on how the participant is supposed to operate their “business.” “Most MLM distributor agreements incorporate the MLM company’s rules and regulations, which can amount to over a hundred pages of small print,” Brooks said. “They can restrict the distributor’s right to sell their business and often contain arbitration clauses in which the distributor agrees to submit any disputes to private arbitration, and gives up their right to go to court or participate in a class action against the MLM.”

It’s also common for regular business owners to invest in the materials needed to create their products. MLM consultants, on the other hand, are often required to buy actual inventory upfront. In fact, spending a certain amount of money each month is sometimes required to be eligible for various earnings and bonuses. Smith, for instance, said she had to spend at least $100 per month in order to earn enough personal volume (PV) points to qualify for income.

In essence, MLM consultants are forced into becoming customers of the MLM, not owners.

You’re All But Guaranteed To Lose Money

Starting a business is a risky prospect. About 80% of small businesses survive their first year, and that number drops to 70% after the second year. Forty percent of existing small businesses earn a profit. Out of the other 60%, half are breaking even and the rest are losing money.

However, those numbers are pretty attractive when compared to the MLM industry. One study by AARP found 73% of MLM participants either don’t make money or lose money. A separate report by a longtime consumer advocate who studied MLMs puts that number closer to 99%.

“The result is that there is a tremendous amount of attrition among the lower levels of MLM distributors, forcing distributors at the higher levels to engage in continuous, relentless recruiting in order to maintain their positions or rise in the ranks.” This, he said, is a major reason why MLM firms are frequently alleged to be pyramid schemes.

In other words, joining an MLM isn’t the same as starting a business ― it’s committing to losing money. You’d have a better chance of success by taking your money to Vegas and putting it all on black.

With no control over the product or pricing, and no legal or financial stake in the company, MLM participants are merely commission-only sales reps who were tricked into taking some of the most dubious gigs out there.

The Transformation of a Soccer Club, and the Ways We Value Women’s Sports