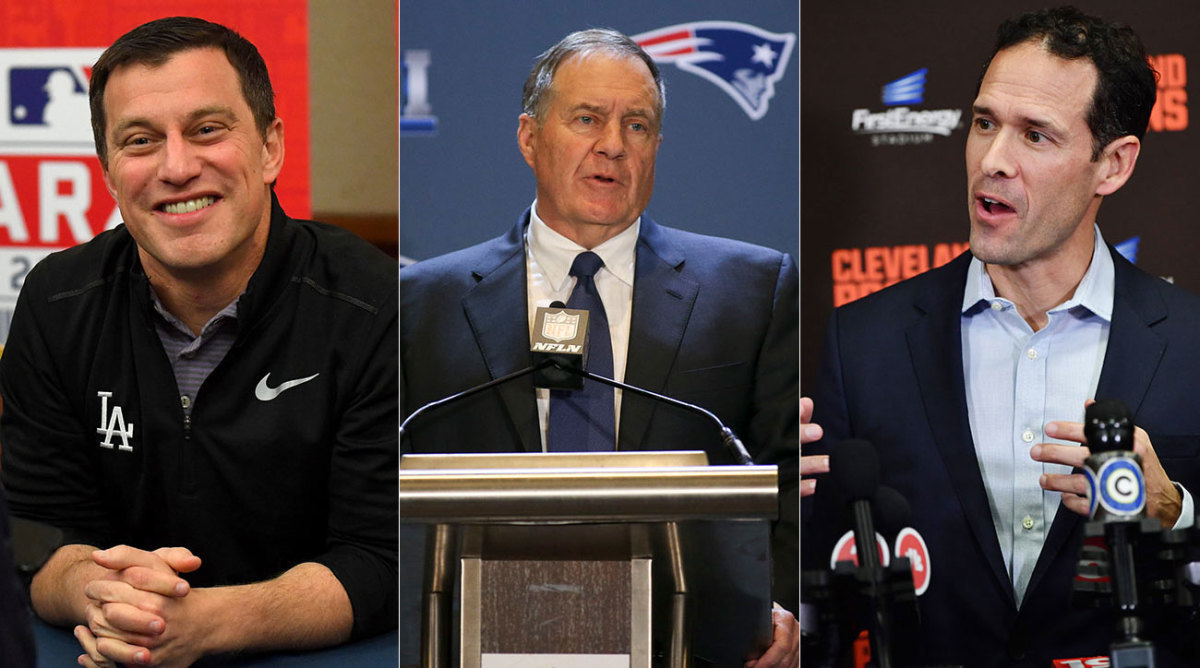 The end of the NFL regular season means the beginning of the NFL firing and hiring season. Over the next few months, we will see major changes among NFL coaching staff and player rosters—especially with players, as a diminished salary cap on the horizon could mean more turnover than ever this year. But the player (and coach) turnover discussion is for another day. Here I’ll focus on the trickier process of change at the top of the football operation: the general manager. At least seven teams (Atlanta, Carolina, Denver, Detroit, Houston, Jacksonville and Washington) are now looking for a new general manager with perhaps more to come. These hires will set the direction of these franchises for, hopefully, years to come.

I was contacted by one of those teams to give my thoughts on their general manager search. While I cannot share the team or much of what I told them, especially regarding the top candidates they had in mind, I can share my thoughts about traditional general manager “models” and the need for some disruption in those models.

The NFL general manager borne from a background in scouting and player evaluation has been the most traditional and most used. Even for teams that fire general managers with scouting backgrounds, their tendency is to go back to the same model and hire new general managers with the same experience. I am not sure this happens often in other businesses or in other sports, but it happens in the NFL. Scouts have always been seen as “safe” hires, as decision-makers appear to value player-evaluation skills over all others. And media furthers this thinking with “who’s next” general manger candidate lists, virtually all from the scouting ranks.

Thus, all but a handful of NFL general managers are scouts at heart, most comfortable birddogging a player standing on the sidelines of some college practice or all-star game, or in the press box with binoculars in hand.

A handful of NFL coaches have achieved the title of general manager through their gravitas within the organization. The primary example, of course, is the Patriots’ Bill Belichick, the only person who has handled the dual role with success.

Letting someone hold both jobs is an inherently flawed model with conflicting mindsets. Coaches are present-focused and prioritize immediate success; general managers are forward-focused and prioritize sustained success. Coaches must have trust and respect from players; general managers must be detached from players. When I worked with the Packers, our coach/general manager Mike Sherman would often say to me: “Andrew, I need you to be the bad guy here.” I totally understood.

The downfall of Texans’ coach/general manager Bill O’Brien was inevitable; he was set up to fail. Belichick aside, it is an unworkable model.

Cap and contract management are poorly understood not only by those outside of NFL franchises, but even many inside of them, save for a couple of people. The management of this area, however, is vital to sustained success.

As for the use of analytics, it has been a part of NFL football operations for some time but there remain challenges of acceptance not seen in other sports. Having analytics departments is one thing; having buy-in from coaches and general managers is another.

Despite the importance of these areas, scant few NFL general managers are borne from these backgrounds. Only the Eagles’ Howie Roseman and the Saints’ Mickey Loomis bring a cap/contract background to the position. And although the Browns made analytical guru Paul DePodesta a senior executive a few years ago, Browns coaches and general managers have come and gone with his presence having limited impact.

Now nearly two decades removed from the intolerance shown in the movie Moneyball about a team in Major League Baseball (the movie came out in 2011 but is about the 2002 Oakland A’s), there still seems to be that skepticism in the NFL, a reluctance to hand the keys to a football operation to a cap guy, or the more pejorative term: nerd. There is a lack of adaptation from NFL teams not seen with teams from the NBA, NHL and MLB.

NFL franchises are now all worth more than $2 billion. They employ not only roughly 100 players and coaches, but another 100 to 150 people in other capacities.

The most successful organizations in the NFL, as in all businesses, have all departments working in concert and on the same page. But sometimes even with that success, leadership is focused more on picking players and less on the bigger picture.

The ideal general manager should have skills far beyond those of coaching, player evaluation or cap management. The true role of an NFL general manager is that of a leader, a consensus builder and a master communicator, both internally and externally.

Were I selecting a general manager, I would look for a nontraditional hire. I would look at this opportunity to explore a bigger world than that of scouts, coaches or cap managers. I would look at those who have led businesses that gross many times the $400 million or so that NFL franchises do.

The NFL is not big business; it is mega business. We should be far beyond the days of “football guys”—a term I use without any negative implication—running these mega businesses. Should top proven scouts continue to pick players for these franchises? Absolutely. Should they be leading and managing? Well, nothing against scouting backgrounds, but it’s time to try another approach.

The NFL teams making changes at the general manager position now have an opportunity to level up.