The federal government has broad power to enforce the laws of the United States, but not to police the streets or maintain order in a city if protests lead to violence.

That has been how the separation of powers between states and the federal government has been understood. The Constitution leaves the “so-called police power” in the hands of state and local officials. It is one of the “powers not delegated the United States” and instead is “reserved to the states,” as the 10th Amendment says.

This principle has been invoked often by the Supreme Court’s conservative justices. In 1995, they struck down a federal law that made it a crime to have a gun in a school zone because, as Chief Justice William H. Rehnquist said, it threatened to convert federal authority into a “general police power of the sort retained by the states.”

But President Trump says he is willing and even anxious to break down the line separating federal authority from local policing. Federal agents clad in military gear clashed repeatedly with demonstrators outside the boarded-up federal courthouse in Portland, Ore.

And on Wednesday, Trump said he envisioned a wider campaign of order imposed by federal agents, sending them next to Chicago. “We just started this process and, frankly, we have no choice but to get involved,” the president said.

Legal experts agree the president and the Department of Homeland Security have the authority written into law to protect federal buildings and property, even if state and local officials prefer that they had stayed away.

One provision of a 2002 law that created the Department of Homeland Security says its secretary may “designate employees … as officers and agents for duty in connection with the protection of property owned or occupied by the federal government.” They may “carry firearms … conduct investigations on or off the property in question … and make arrests without a warrant for any offense against the United States” if they have “reasonable grounds to believe the person to be arrested has committed a felony” under federal law.

But legal experts also say federal agents in Portland appear to be going well beyond the authority to protect federal property.

“There are federal officers arresting people far from the federal building or federal property,” said Erwin Chemerinsky, dean of the UC Berkeley School of Law. “That is not enforcing federal law. This is disrupting peaceful protests, and that would violate the 1st Amendment. There are also reports of arrests without probable cause, which violates the 4th Amendment.”

“This is another instance of Trump stretching the law,” said Paul Rosenzweig, a former Homeland Security lawyer now at the R Street Institute, which calls itself a free-market think tank. “Yes, if they see someone about to throw a Molotov cocktail, they can arrest him. If they see a group gathering to do something like that, they can investigate. But this power is constrained. If they take someone off the street in a van and without probable cause, they could be sued for damages.”

Acting Homeland Security Secretary Chad Wolf denied agents are “patrolling the streets of Portland” or abusing their authority. He said they are fighting off “violent anarchists” who launch attacks late at night after the peaceful demonstrators have gone.

A lawsuit filed Tuesday by a group of Oregon nonprofits and state representatives accuses Homeland Security of violating the 10th Amendment and seeks a judge’s order that would limit federal agents to operating on federal property.

Last week, Oregon Atty. Gen. Ellen Rosenblum filed a lawsuit on behalf of several plaintiffs who say they were injured or arrested.

“We are asking the federal court to stop the federal police from secretly stopping and forcibly grabbing Oregonians off our streets,” she said. “The federal administration has chosen Portland to use their scare tactics to stop our residents from protesting police brutality and from supporting the Black Lives Matter movement.”

It is less clear what legal authority the president could invoke to justify sending armed federal agents to Chicago, New York or other major cities, particularly if it is “to help drive down violent crime,” as Trump suggested Wednesday, rather than to respond to specific attacks on federal property.

One possibility is the Insurrection Act of 1807, which authorizes the president “to call forth the militia or the armed forces” to “take such measures as he considers necessary to suppress, in a state, any insurrection, domestic violence, unlawful combination.”

President Eisenhower invoked the law in 1957 to send federal troops to Little Rock, Ark., to enforce the desegregation of schools. In 1992, President George H.W. Bush used this authority to send troops to Los Angeles to quell the violence that followed the acquittal of several police officers in the beating of motorist Rodney King. Since then, Congress has expanded the law to authorize troops to cope with natural disasters and terrorism.

Usually when governors or city officials are facing an outbreak of violence or a disaster, they would welcome federal help. But the law appears to say the president may act on his own.

“Whenever the president considers that unlawful obstructions, combinations, or assemblages, or rebellion against the authority of the United States make it impracticable to enforce the laws of the United States in any state by the ordinary course of judicial proceedings, he may call into federal service such of the militia of any state, use such of the armed forces, as he considers necessary to enforce those laws,” it says.

To invoke the law, the president would have to proclaim an insurrection is underway requiring the use of the military. In early June, Trump ran into strong objections from current and former military leaders who said they were opposed to the use of the armed forces for domestic law enforcement.

Previous post The federal crackdown in Portland is ‘legal.’ That’s the problem with it. 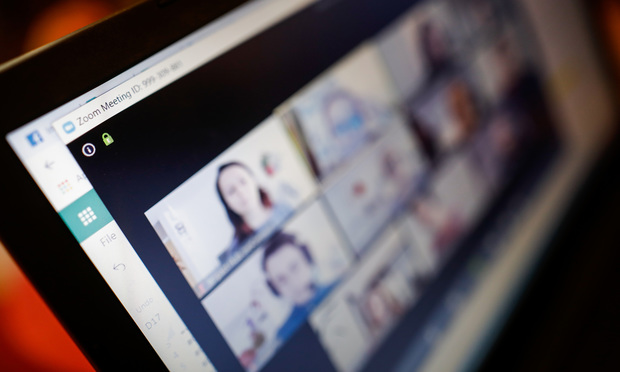 Special thanks to Brendan O’Grady (a senior associate in our Litigation & Government Enforcement Practice Group) and Anton Rizor (articling student in our Toronto office) for co-authoring this blog. In Flesch v Apache Corporation, the Alberta Court of Appeal (“ABCA”) upheld the certification of an employee class action arising out of the cancellation of long-term […]

Contract of Agency and Its Essentials: A contract of agency is a two-party relationship in which one person acts as...

The Advertising Standards Authority (“ASA”) has issued its first ruling under the new rules that prohibit gambling ads with “strong...