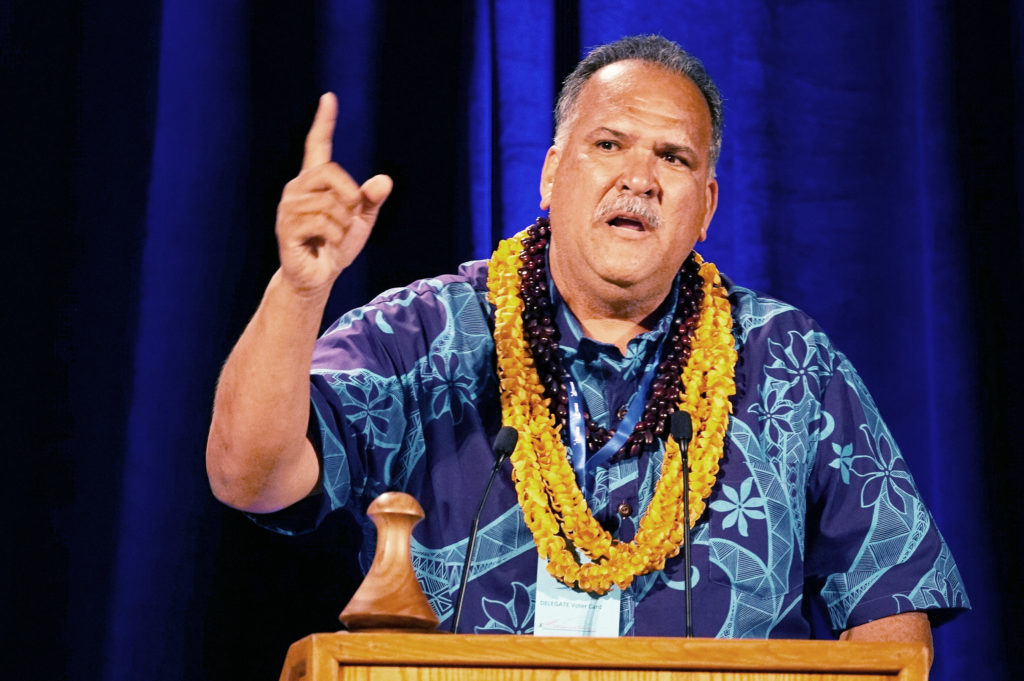 Five incumbents and nine new candidates are likely headed to the general election, as voters on Kauai narrowed down a crowded field of candidates from 21 to 14 for the seven-seat county council.

Notably, former mayor Carvalho, who termed out in 2018 following a decade in the executive chair, is advancing to the November election. He is the longest-serving mayor in Kauai history, but he has never served on the council.

The council on Kauai has been operating one member short since Councilman Arthur Brun was arrested in February on federal charges of running a methamphetamine trafficking ring with the United Samoan Organization, a gang that operates in and out of the Hawaii prison system. He is in federal custody in Honolulu awaiting a tentative Oct. 26 trial date, according to the U.S. Attorney’s office in Honolulu.

Only one member, Ross Kagawa, is leaving office due to term limits.

Kauai is the state’s only county council without districts. While a district scheme to expand the body to nine seats divided among three districts has surfaced in the last few months, voters have rejected districting repeatedly in the past. A county charter amendment would be required, and while the Charter Review Commission has discussed it, the deadline for this year’s ballot has passed.

In 2018, Kauai was selected as the test bed for voting-by-mail for the 2020 election. The Legislature later expanded the concept statewide, making this election the first one in Hawaii conducted almost entirely by mail.

On Maui, nearly two dozen candidates are battling for seats on the nine-member county council.

According to results released by the state Elections Office late Saturday night, advancing to represent Lanai — the only open seat on the council — are Gabe Johnson and Alberta de Jetley. The seat is being vacated by Riki Hokama, who is terming out.

Johnson has campaigned unsuccessfully against Hokama in the last two elections, while de Jetley stepped down from the Liquor Control Commission to run for the open Lanai seat.

Only two candidates are battling to represent East Maui, Molokai, South Maui and Wailuki-Waihee-Waukapu districts. All candidates for these four districts automatically advance to the general election.

For East Maui, the candidates are Claire Kamalu Carroll and Shane Sinenci.

For Molokai, the candidates are Stacy Helm Crivello and Keani Rawlins-Fernandez.

For South Maui, the candidates are Tom Cook and Kelly Takaya King.

For Wailuki-Waihee-Waikapu, voters will choose between Alice Lee and Buddy James Nobriga.

Sign up for our FREE morning newsletter and face each day more informed.