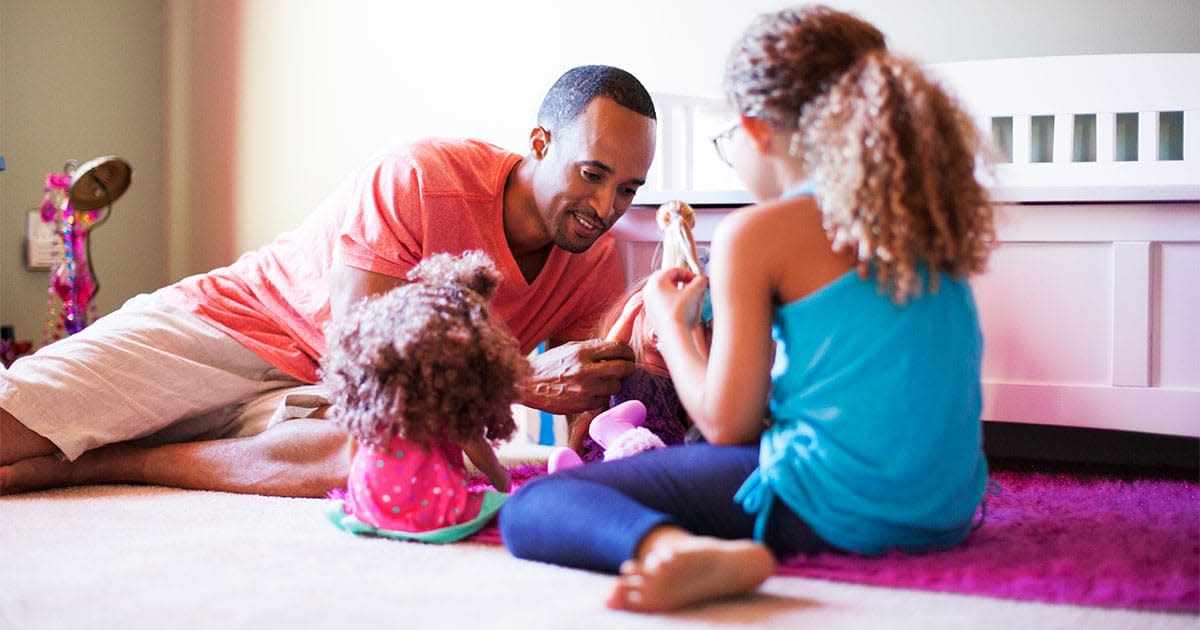 If you are trying to decide if the man you are with will make a good father, the best thing you can do is have them play with baby dolls. I know what I wrote sounds childish, or perhaps counterintuitive. I mean, come on… if you are trying to decide if your man can rise to the very adult responsibility of being a supportive, understanding, and compassionate father, the last thing you would think of is having him play with a child’s toy.

However, according to a new study published in  Journal of Family Psychology, you can tell a lot about a man’s ability to be a good father by having them role play with a baby doll.

Researchers videotaped 182 expectant fathers during the third trimester of their partners’ pregnancy, observing how the men interacted with a doll that they were told represented the baby they were about to have. They checked to see if the father had good parenting intuitions when it came to playing with this baby doll, like pinching its feet, smiling, talking to it in coos… you know, the baby things parents do that really only make sense to babies, and if you did that sort of thing to another grown human, you’d probably get arrested.

Ratings were given to the fathers on their levels of “intuitive parenting.” Then nine months later, the same fathers were observed playing with their real child, only this time with a different group of observers who watched the fathers try to teach their babies to play with either a shape sorter or stacking rings. The assistants rated how well the fathers paid attention and responded to their child, how engaged they were, and their expression of positive feelings.

Lauren Altenburger, assistant professor of human development and family studies at Pennsylvania State University–Shenango and co-author of the study, summed up the findings this way: “Those dads who were rated as showing more intuitive parenting skills with the doll a year earlier tended to have a more positive interaction with their real child.”

When I became a father, I was pretty scared. I was the youngest child in my family, so I didn’t have a lot of experience with holding a baby, or changing a baby, or really any formal interaction with a baby outside of holding my nephew a few times. And each time I did hold my nephew, my sister and brother-in-law watched me like a hawk because they obviously didn’t trust me, which was fair considering I had a reputation for being about as clumsy as Chunk in The Goonies.

So looking at this study, I can say confidently I would have scored pretty low with the baby doll test. There is also the fact that the dolls they used didn’t really look like babies at all. What they used was custom-made and consisted of a footed infant sleeper sewn shut with 7-8 pounds of rice inside to make its weight similar to a newborn. A doll’s head made of green fabric was sewn onto the footed sleeper. Personally, I’d have had a hard time getting into fatherhood role play with a bag of rice.

However, there were two takeaways in this study that I think all expectant mothers and fathers should think about. The first was that fathers who scored the highest had two distinct traits. These findings were part of a larger ongoing study investigating how dual-earner couples adjust to becoming parents for the first time. The fathers took a personality test as part of the larger study, and there was a correlation between fathers who demonstrated intuitive parenting skills, and those who were both “open to new experiences” and “conscientiousness,” a trait the researchers defined as “being careful and diligent with your responsibilities.”

The second important takeaway is this: Even if the father in your life doesn’t test well on the two above traits, this study points out that they can still develop into good fathers. “The good news is that the intuitive parenting skills measured in this study can be taught,” said Sarah Schoppe-Sullivan, co-author of the study and professor of psychology at Ohio State. “We can help expectant fathers learn these parenting skills. Not all parents start out knowing how to do these things, but they can be shown how.”

The above statement applies to me personally. I can still remember holding my son for the first time. I remember looking at him, realizing we had the same nose and hands, and feeling this deep connection, but ultimately also realizing that I had no idea what I was doing. The next several months felt like a crash course in on-the-job baby rearing, and in hindsight I wished I’d just taken some time in the months leading up to the birth to hold a baby doll, and have someone give me a few pointers.

“Although it is called ‘intuitive parenting,’ it isn’t really intuitive for everyone. We need to work with fathers to make sure they know how to be the best fathers they can be,” Schoppe-Sullivan said. As a father of three, 13 years into this parenting gig, I can say with confidence that there is a lot of truth to that statement, and expectant fathers really should take the time to learn a few things about babies before diving in. Even if it is with a bunch of rice in a baby sleeper.

See the original article on ScaryMommy.com 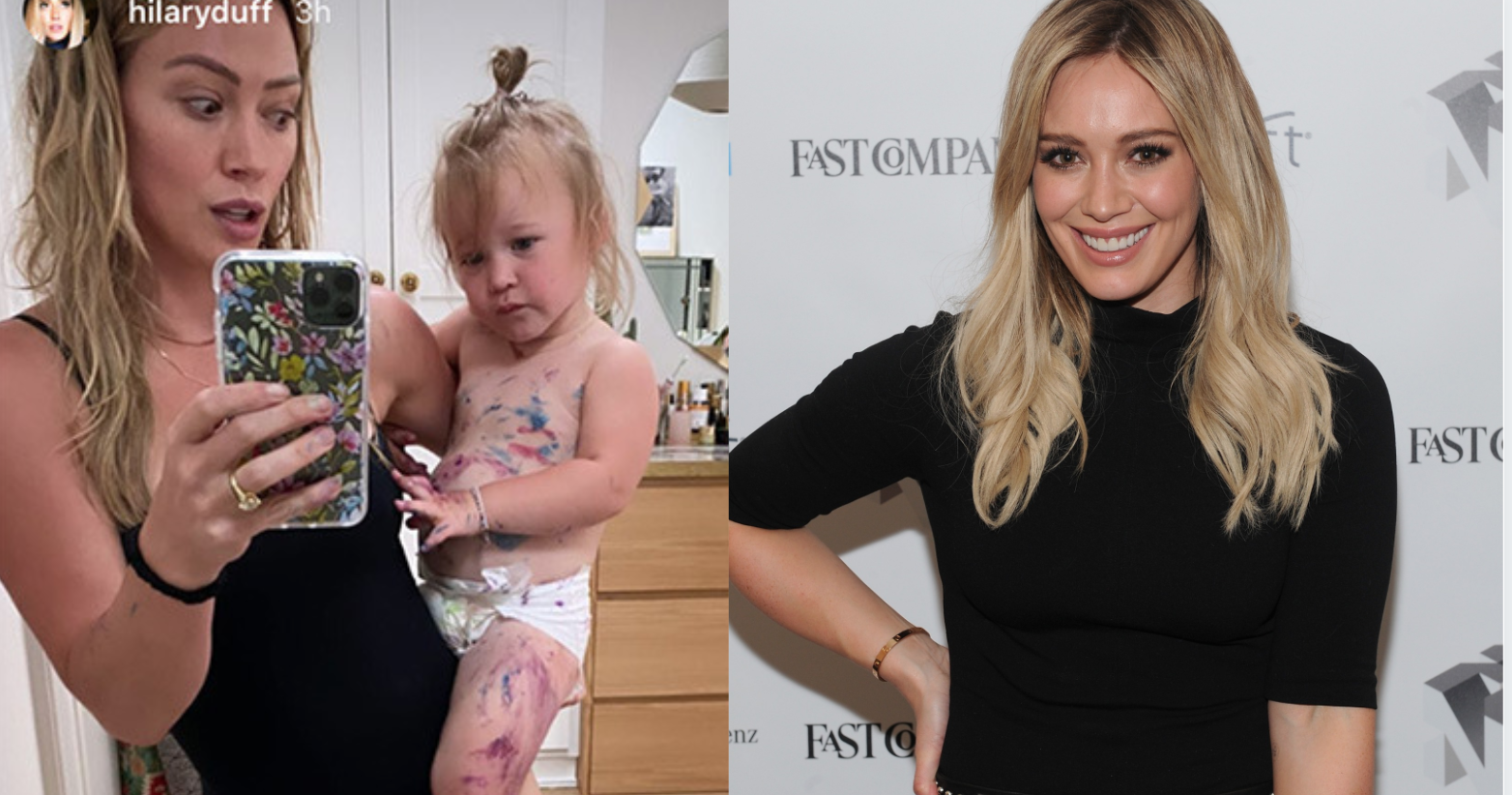