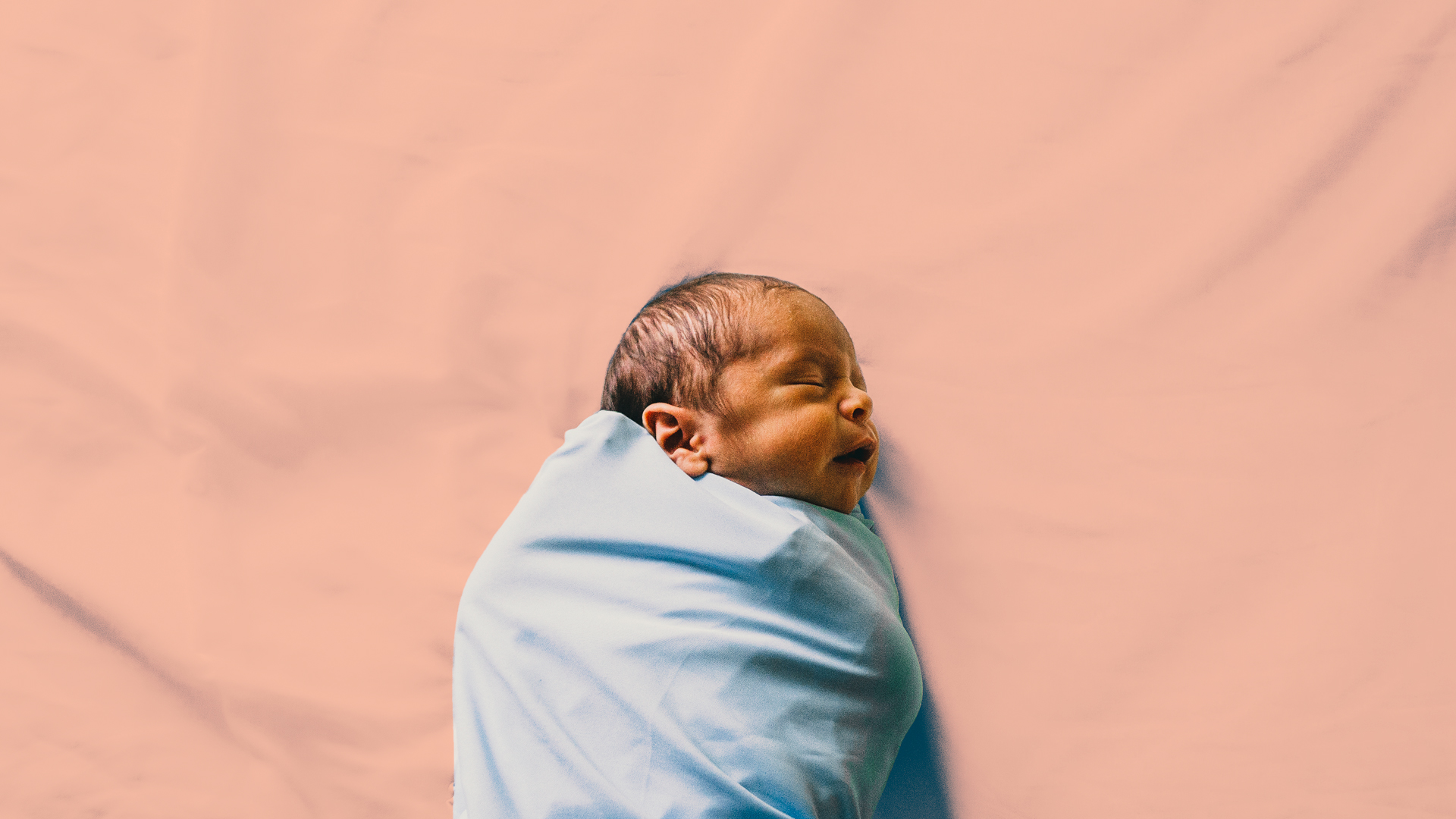 I decided on three things when my partner and I found out we were expecting our baby boy: That he would be called Max, that we were going to love him no matter what, and that I was going to breastfeed. Though I’d always believed “fed is best,” there was something in the back of my mind that still told me formula-feeding my child would be failing.

Joining countless online parenting groups didn’t help. Breastfeeding was the holy grail, and formula-feeding was second best. Other moms made it clear what they thought: If you were not offering your child your breast, you were being selfish and not giving them what mother nature intends.

The further along in my pregnancy I got, the harder this hit. I was told repeatedly by other mothers that they would always try everything in their power to breastfeed, that it’s what is best for the baby and is what will keep them the healthiest. Comments like this made me worry that if I were to formula-feed, I wouldn’t be making the best choice for my son. That I wouldn’t be putting him first.

At 30 weeks pregnant, I started buying all the breastfeeding accessories: nipple shields, breastfeeding bras, nursing tops and breast pumps just in case I would need to express. I did buy formula, just in case I wasn’t able to breastfeed, but I didn’t intend on using it unless I absolutely had to. I was adamant that I was going to try every possible thing to ensure I could breastfeed, no matter what.

Fast-forward to the moments after I had to have a C-Section at 38 weeks pregnant. I had gestational diabetes, pregnancy-induced hypertension, and frequently reduced movements.

I recently discovered @hellojunohq – a great account that doesn’t censor motherhood and tells it as it. I wanted to share a recent post of theirs which looks at the history behind formula shaming, well worth a read! #Repost @hellojunohq ・・・ “If you can breastfeed, and it’s enjoyable for you and your baby, by all means, do it. ﻿⁠⠀ .﻿⁠⠀ But not all moms can, and sending the message that breastfeeding is the be-all and end-all can be toxic. Because of formula, I was able to restore my postpartum sanity. ﻿⁠⠀ .﻿⁠⠀ Because of formula, I have two healthy, robust, thriving kids.﻿⁠⠀ .﻿⁠⠀ I chose to feed my babies formula because it was the way that worked best for all of us—and there is no shame in that.”﻿⁠⠀ ﻿⁠⠀ 〰️⠀﻿⠀﻿⁠⠀ ⁠⠀ For some of us, breast isn’t best—or possible. Head to the link in @hellojunohq bio to read about the history behind formula-shaming and how it’s much more complicated than you might expect! ⠀﻿⁠⠀ ⁠⠀ ﻿⁠⠀ #formulafeeding #postpartum #fourthtrimester #stopcensoringmotherhood #birthaffirmations #parenting #babyformula #fedisbest﻿⁠⠀ #feedingbaby #formulafeeding #formulafeedingmama #feedingsupport #firsttimemum #fedisbest #fedisbestwhetherbottleorbreast #breastfeedingproblems #mumtobe #mumlife #feedingsupport #bottlefedbaby #yourbestisntmybest #isupportyou #nojudgement #newmum #mumstruggles #mumssupportmums #pumpingmum #workingmum ﻿⁠⠀

When my son was born, he didn’t cry. I remember panicking. I knew babies were supposed to cry. No matter what we did, no one could get him to make a sound.

“Is he okay? Why isn’t he crying?” I repeatedly asked, getting more and more frightened.

He was taken to resuscitation to be checked over and to try to get a cry out of him. Though he still didn’t cry, he was okay. I was still worried and confused, but I chose to trust that the medical staff knew what they were doing. Plus, I was exhausted. I’d had to wait eight hours with nothing to eat or drink before my C-Section due to emergencies coming in before me. It then took over an hour to get the spinal injection in before the surgery. After the operation and the panic from my baby not crying, I had no energy left.

After I moved down to the postnatal ward to feed my son for the first time, the midwives tried their best to show me how to get him to latch on to the nipple. They kept showing me how to hold him, but I just couldn’t do it right. I was scared, because he was so little, that I’d drop him. He looked so tiny and fragile. I just couldn’t place him right.

So they placed him for me, and he did latch onto the nipple — for about five seconds. He just couldn’t stay on for longer than that at a time. I was so tired, I was anxious, I was in pain. All of that, plus having midwives I’d never met before repeat the same things to me over and over about what I needed to do, while my baby was crying because he was hungry, was too overwhelming for me. I couldn’t cope.

And so, without even thinking about it, I turned to the midwives and said: “Please just give me a bottle.”

The moment my baby started suckling away at the bottle, I felt this immense pressure lift from my shoulders. The midwives finally left me alone and allowed me and my partner to enjoy our newborn in peace. It wasn’t what I had hoped for or what I’d originally wanted, but it was perfect. All of the stress left the room, and we had peace and quiet, cuddling our baby and staring at him in complete and utter adoration as he took what he needed.

I didn’t even try to breastfeed after that. I think the amount of pressure and anxiety I experienced during those first moments of attempting to feed put me off, and I just didn’t want to try again. I did attempt to express a couple of times, so that my son could get at least some breast milk, but it was time consuming, uncomfortable, and I could never get enough out.

To tell you the truth, it was just so much easier using formula. And it has been ever since, for a multitude of reasons.

My partner can help with the night feeds. My milk dried up after around two weeks, and so I don’t experience any leaky tops (hallelujah to going bra-free!). I don’t have to suffer with sore boobs or mastitis, and regardless of what people say, formula feeding isn’t any less convenient than breastfeeding. When you are out, you can get little cartons of pre-made milk that you simply pour into a sterilized bottle, so there’s not even any faffing around with measuring out powder or boiling water and waiting for it to cool down.

At times I did look back and wonder why I didn’t even try, and I did feel guilty. But it was mainly when I saw derogatory posts about formula feeding — from people who think that formula feeding means putting your own needs first, before your baby’s.

But I don’t think there’s anything wrong with putting your own needs first — as well as your baby’s. Your baby needs you to be physically, mentally and emotionally healthy. And if formula feeding helps you to do that, what’s the problem?

I’ve now learned not to let the comments get to me. I know that my baby is eating enough; he is gaining weight consistently, and it’s a bonus that I get to see how much he is eating each time, so I know when to top him up before he starts getting fidgety.

Most importantly, I know that my baby is happy, content, healthy and getting exactly what he needs — and I know that I made the right decision.

Whether formula-fed or breastfed, every baby poops. Make the changing process more adorable with these sweet diaper prints. 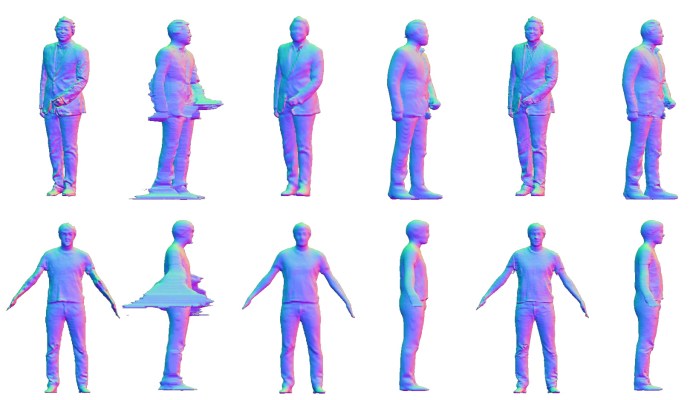 This morning my boys (4&8) were sitting on the couch, watching TV but also picking at each other. The little one kept saying “come at me bro!” To which Mr.8 would jab him with the wooden vacuum. Mr.4 said “no, when I say come at me bro, I want you to tickle me.” I said […]

Can you turn a bully into an ally or friend? Most people might be satisfied just to stop bullying when...

I know that many people on my email list also follow me on social media and have seen this news,...