Part of Taylor Swift’s brilliance as a songwriter lies in her ability to play with our perceptions of her. When she described herself as a “nightmare dressed like a daydream” on her excellent 2014 single Blank Space, she was sending up the media’s sexist image of her at the time – one Swift later characterised as a “seductive but glamorous but nuts but manipulative” serial dater.

Six years later, Swift has survived a seriously trying period which spiked when Kim Kardashian publicly called her a “snake”, and once again has the world talking about her music rather than her feuds with Katy Perry and Kardashian’s husband Kanye West. Her surprise new album Folklore, which she mostly co-wrote with Aaron Dessner of rock band The National, has been widely praised as her most subdued and musically sophisticated yet. It’s also a hit with fans: after being released on Friday, it sold more than 1.3 million copies in its first day on sale.

When Folklore arrived less than 24 hours after Swift announced the album on social media, she shared a personal essay explaining that during a year when her plans were scuppered by coronavirus, “I found myself not only writing my own stories, but also writing about or from the perspective of people I’ve never met”. The album’s title, she added, reflects the fact that in folklore “the lines between fantasy and reality blur, and the boundaries between truth and fiction become almost indiscernible”.

This is definitely true of The Last Great American Dynasty, a standout song from the album. Here, Swift tells the story of Rebekah Harkness – a notorious Rhode Island socialite sneered at for being “the most shameless woman this town has ever seen”, the lyrics say – but also cleverly invites us to draw comparisons between Harkness and herself.

The socialite certainly provides rich source material: when she died of stomach cancer in 1982, her ashes wouldn’t all fit into a $250,000 jewelled urn custom made by Salvador Dalí, so Harkness’s daughter took the rest of her home in a shopping bag from the New York City supermarket chain Gristedes.

Though Harkness died seven years before Swift was even born, the two women have something concrete in common. In 2013, Swift bought Holiday House, the lavish pile in affluent Watch Hill, Rhode Island, where Harkness once entertained illustrious guests such as Dalí and flamenco dancer José Greco, for a reported $17.75 million in cash.

As a newlywed, Harkness purchased the oceanfront mansion in 1947 with her second husband William Harkness, heir to the Standard Oil fortune. When he died of a heart attack six years later – “it must have been her fault his heart gave out”, Swift sings in the song, imagining society’s reaction at the time – she had it extensively redesigned. According to the New York Times, this included equipping the house with eight kitchens and 21 bathrooms, a layout which “effectively kept her from having to see her three children on anything like a regular basis”.

Since Swift took it over, Holiday House has become a magnet for glamour once again. It now plays host to the singer’s annual Fourth of July parties, where she welcomes friends including supermodels Cara Delevingne, Karlie Kloss and Gigi Hadid, plus ex-lovers such as British actor Tom Hiddleston, whom she dated for several months in 2016. Watch Hill residents who prize discretion and privacy are said to dislike the attention that star-studded Instagram posts from the party bring to the enclave.

In her song, Swift imagines snobbish Watch Hill residents wondering how Harkness, a “middle-class divorcée”, managed to snag such an eligible upper-crust husband – then drily describes their wedding as “charming, if a little gauche”. When she adds rather acerbically that “there’s only so far that new money goes”, she’s probably poking fun at herself as well. Like Harkness, Swift is the daughter of a successful stockbroker who is now super-rich in her own right: Business Insider estimates the singer’s fortune to exceed $360 million.

Swift also references the profligate and deeply eccentric lifestyle which slowly decimated Harkness’s fortune, singing that she “filled the pool with champagne and swam with the big names, and blew through the money on the boys and the ballet”. According to the New York Times, Harkness really did clean out her swimming pool with Dom Perignon – and even more questionably, filled a goldfish tank with Scotch. Clearly, her attitude towards animals was idiosyncratic: at one point she kept a pet raccoon.

Harkness also spent millions of her widow’s inheritance bankrolling a ballet company bearing her own name. The controversial origins of the Harkness Ballet, which operated between 1964 and 1975, surely strike a slightly uncomfortable chord with Swift. Harkness had previously helped to finance the prestigious Joffrey Ballet, but when they refused to rename themselves in her honour, she withdrew funding and hired most of their dancers. In this instance, it’s unlikely that Swift sees much herself in Harkness. Swift’s much-discussed feud with Katy Perry is rumoured to have begun when Perry poached three of Swift’s backing dancers in 2013.

Swift even alludes to a rumour that Harkness once dyed a cat green – though ever the ailurophile, she changes it to a dog – and name-checks the socialite’s self-styled “Bitch Pack” of female friends. On the surface, Swift’s fundamentally wholesome friendship “squad” of supermodels and celebrities doesn’t have much in common with these rowdy debutantes who loved performing stripteases on banquet tables to cause a stir. However, since Swift’s squad has attracted criticism for containing mainly highly privileged white women, it’s possible she relates to the way the “Bitch Pack” might have been demonised.

At the end of the song, Swift switches her gaze from Harkness to herself, singing that she is now “the loudest woman this town has ever seen”. Is she simply acknowledging tensions with Watch Hill locals, or appointing herself as Harkness’s rightful successor? Either way, The Last Great American Dynasty definitely demonstrates why Swift is one of her generation’s great American songwriters. 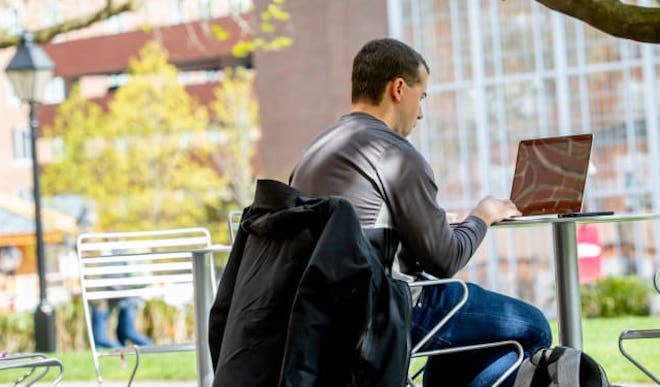