But there is one thing the three brands have in common. Over the last few months, they all started websites with Shopify, the Canadian e-commerce company.

Though their moves weren’t directly related to Covid-19, they join a stampede of companies that have turned to Shopify to help them with e-commerce, as retail stores shuttered in response to lockdown restrictions.

Shopify is one of the pandemic’s big winners. Its revenue during the first quarter of 2020 was up 47 percent, compared to 2019. Its share price has tripled since mid-March, making Shopify Canada’s most valuable company, with a market capitalisation close to $118 billion, more than Target and eBay combined.

But even before the pandemic hit, Shopify was a crucial component of fashion’s ecosystem. Though its core business is still powering brands’ online stores, the company has expanded into a host of related services, including email marketing, inventory management and order fulfilment.

Large fashion and beauty brands like Kylie Cosmetics, FashionNova and Kith use Shopify, as do tens of thousands of smaller ones. In June, Walmart announced it was partnering with Shopify, allowing merchants to sell directly on the retailer’s site — a tie-up that appears designed to compete directly with Amazon’s much larger third-party marketplace.

Some analysts warn that as Shopify solidifies its status as the go-to e-commerce platform, brands will find themselves locked into using its services, lacking the budget or expertise to strike out on their own. With Shopify entering arenas such as order fulfilment, the platform is increasingly putting itself between brands and their customers. And when brands all use the same out-of-the-box tools to sell clothes online, they will have lost a key means of gaining a competitive edge.

“There’s a little bit of a captive relationship,” said Andrea Szasz, a principal at Kearney, a global strategy and management consulting firm.

But that scenario is still a ways off, if it ever arrives. And for many brands, especially those just starting out, it may be preferable to the e-commerce landscape that existed before.

“There were companies developing their own sites five years ago, but it was cost-prohibitive, especially for smaller businesses,” said Ygal Arounian, a research analyst with Wedbush Securities who covers Shopify. “They’ve democratised e-commerce.”

Shopify was founded in 2004 as an online snowboarding shop. Founders Tobias Lütke, Daniel Weinand and Scott Lake then began selling the software they had built for other companies to create and customise their own online store.

Shopify now powers over 1 million online businesses in 175 countries. It earned about $1.5 billion in revenue last year. Small businesses usually pay about $79 a month for a basic Shopify plan, as well as per-transaction fees every time a Shopify merchant sells something. Bigger brands that opt for the company’s enterprise tool, Shopify Plus, pay about $2,000 a month.

Shopify has many competitors — big software companies like Salesforce’s Commerce Cloud, Magento (which was acquired by Adobe in 2018) and WooCommerce, as well as up-and-coming platforms like Wix and Square. BigCommerce, another competitor, filed to go public last week. Plenty of retail giants also build out their own e-commerce systems.

It became basic knowledge that anyone with very little money could use Shopify.

But over the years, Shopify has become fashion’s go-to, mainly because it lowered the barriers to build a slick-looking e-commerce operation just as a boom in direct-to-consumer, digital-native brands was taking off. The company was also able to present itself as an alternative to Amazon, which also offers a low-cost path to reach customers online via its marketplace, but is increasingly seen in fashion circles as a potential competitor.

“Shopify was thoughtful about growing their customer base very quickly, knowing it would be beneficial to price lower and become the platform companies want to work with,” said Santiago Gallino, a professor at the Wharton School, University of Pennsylvania. “It became basic knowledge that anyone with very little money could use Shopify.”

What drew Allbirds to Shopify was the promise of a fully operational online store at a monthly cost that was less than one pair of the brand’s wool sneakers.

“My advice … early on was to not spend a lot of time or money on tech because we didn’t know if this wool shoe concept was going to work,” said Benny Joseph, head of engineering at Allbirds. “What a start-up that early on needs is … a way to easily distribute products. That’s where Shopify excelled.”

By outsourcing the mechanics of e-commerce, fashion brands say they are able to focus on other challenges — like digital marketing and finding new shoppers.

“There’s so much that goes into the front-end of customer acquisition and conversion that I can’t imagine also having to worry about building a custom e-commerce solution,” said Patrick Herning, chief executive of digital plus-size retailer 11 Honoré. “E-commerce is more competitive than ever, so a strong presence requires a tremendous focus on marketing, not worrying about the back-end piece.”

Shopify has built an entire ecosystem around it so that it’s not just e-commerce hosting.

Plenty of fashion companies have built their own e-commerce platforms. But many brands have stuck with Shopify because it’s evolved along with its clients’ needs: the tech company has begun offering wholesale management, currency conversion, layers of security, storefront customisation and native social selling.

“Shopify has built an entire ecosystem around it so that it’s not just e-commerce hosting,” said e-commerce strategist Paul Rogers. “They are modernising the architecture over time.”

Allbirds, for example, now sells in 24 countries, and Shopify’s tech allows the footwear startup’s websites to have localised components in each country, like integrating Konbini, a Japanese store payment system. It also stitches together in-store software with its digital shopping solutions.

“With Shopify [tools], the Japanese customer feels like they are having a Japanese shopping experience,” said Joseph.

During the pandemic, Shopify has added services like a curbside pickup tool that wasn’t scheduled to roll out until 2021, said Loren Padelford, Shopify Plus’s vice president and general manager.

Shopify has faced criticism that it’s made it easier for sellers of counterfeits and other dubious merchandise to reach a wider audience along with legitimate brands. Amazon has faced similar questions about its marketplace, where journalists and analysts have found widespread listings for counterfeit or faulty products.

Joseph said Allbirds has found counterfeits on Shopify, although the seller’s site was taken down after the company complained. Padelford said Shopify doesn’t have a team that actively polices the platform, adding that “when we get notified, we take this very seriously.”

Shopify has also faced scrutiny for hosting websites that sell cheap, often shoddy products that, thanks to the platform’s easy-to-use tools, are difficult to distinguish from more-legitimate brands. Overland Sheepskin, an leather and outerwear company based in Iowa, told The Washington Post that it identified over 700 websites using its imagery and selling knockoff products, with 90 percent hosted by Shopify.

Drop-shipping, a tactic that allows sellers to list products online without actually stocking them, has also turned into a big business, thanks in part to Shopify. The practice is a legitimate way to get products cheaply from factories and wholesalers to customers. However, it can also be abused to flood the market with cheap, low-quality fashion. One Manchester-based seller boasted about making $700,000 last year by uploading cheap Chinese fashion from AliExpress he found on the internet and selling them on his Shopify page.

Shopify’s plug-and-play tools are well-suited for e-commerce newcomers, but many brands say they reach a point where they outgrow the platform’s offerings.

Sara Davis, e-commerce manager for The Sports Edit, a British sportswear retailer, said she believes Shopify’s only available checkout feature causes some customers to abandon their online orders before completing the purchase.

“You can’t customise the Shopify checkout journey, which takes you to an entirely different page and does not keep you on our site,” said Davis. “Farfetch or Net-a-Porter keep their shoppers on the site throughout, but with Shopify, once you go to check-out, you’re on that journey, which leads to a lot of bounce-offs.”

You can’t just call someone at Shopify and have a conversation.

Some Shopify merchants have also been unhappy with the company’s customer service as it’s grown. Eva Dayton, the founder of luxury consignment store Consignment Brooklyn, said she was disappointed by Shopify’s response to her complaints about multiple fraudulent incidents.

“You can’t just call someone at Shopify and have a conversation,” Dayton. “You need to chat with a robot and then schedule a call, which doesn’t feel right if there’s an emergency.”

Shopify said it recently instituted a callback system for customer service inquiries, and that its “chat and email support options continue to be handled 24/7 by live agents.”

Retailers’ critiques haven’t slowed Shopify’s growth. And the company has ambitions to further cement its role as the platform that runs much of the online fashion economy.

Late last year, it began piloting a fulfilment service, for which it has partnered with seven warehouses across the US to handle and ship orders. It also launched Shopify Capital, a loan financing service for online sellers.

Some analysts are concerned about the platform’s growing influence. They worry brands could end up relying on Shopify too much, much as Facebook and Google have come to dominate online advertising.

Gallino, from Wharton, predicts there will be a consolidation in e-commerce services, “similar to how there are a few video conferencing services but everyone uses Zoom.” That would give Shopify enough market clout to raise prices or exert more control over how brands operate.

In response, Shopify said its “mission is to make commerce better for everyone. Our efforts are focused on reducing the barriers to starting, managing, and growing a business.”

Dayton, the owner of Brooklyn Consignment, said she was alarmed when Shopify told her she’d have to upgrade her subscription to receive better fraud protection (Shopify said it has a “built-in fraud analysis with all credit card-transacted orders” and that it has several free fraud apps that are available for merchants).

The only way to work with these platforms is to maintain some sort of tech capability.

Szasz advises brands to use bits of Shopify’s services — but not rely on the company to run their entire e-commerce operation.

“The only way to work with these platforms is to maintain some sort of tech capability,” she said. “Don’t go blindly to Shopify to do turnkey solutions. Maintain some elements so that if you do decide to move elsewhere or do it yourself, you won’t feel attached.”

Joseph, of Allbirds, said the brand is happy with Shopify but that the option to move off the platform is always on the table.

“Will we grow out of Shopify? It’s too early to tell,” he said. “If we can simplify our ecosystem in the future, we might go out on our own, but we’re happy to work with them because they are still innovating.”

How Brands Go Viral On TikTok

Will Fashion Ever Really Embrace Amazon?

The Problem With the Online Luxury Model

Previous post Make a statement with these fashion picks 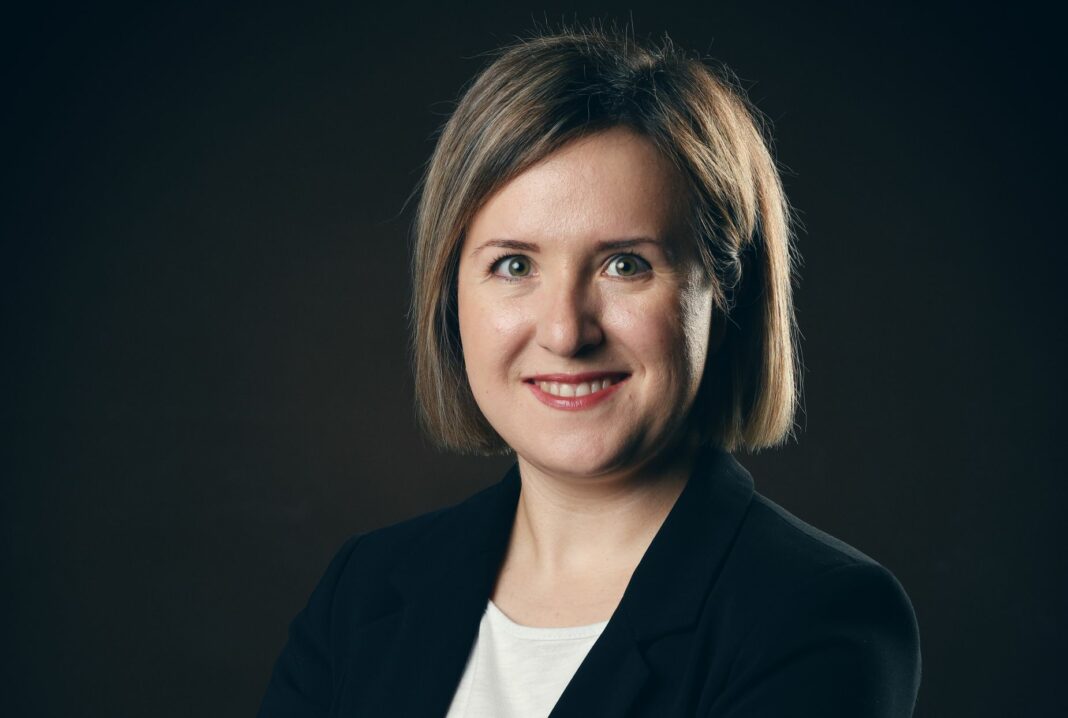 Next post “Computer vision can have a big impact on the fashion industry”: Interview with FashionTech entrepreneur Svetlana Kordumova, CEO of Pixyle.ai