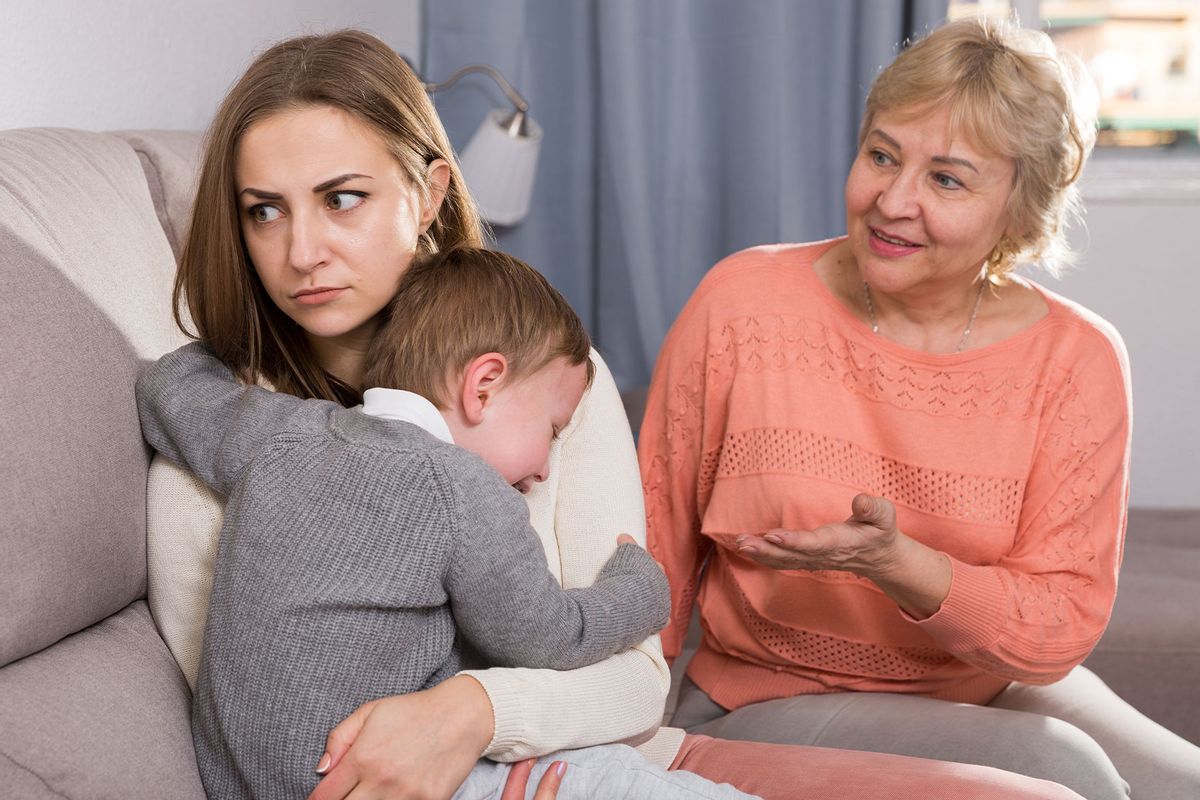 Jamie Miller, 35, has a 4-year-old daughter. As a parent, there are a few phrases she’ll never utter that she used to hear from her parents as a kid, and that’s because she’s actively trying to parent on a more “emotional level” than how her parents did for her.

Miller rattles off the list of phrases she wouldn’t say: “‘Stop crying,’ ‘Quit your whining,’ ‘Don’t be so sensitive,’ ‘It’s not that big of a deal.’

“I feel like I wasn’t allowed to express my emotions and we didn’t talk about them which I think took me a long time to know how to process emotions — especially the tough ones,” she says. Now, Miller says she takes a lot of time to talk about feelings and emotions with her daughter, and gives her the space to feel “even the unpleasant ones.”

“I try to understand what the root of her emotions is,” Miller says. “It’s something nobody ever did for me.”

Miller is part of the millennial generation, the majority of whom were raised by parents from the Baby Boomer generation. While it is normal for parents of one generation to strive to parent differently than their own parents, common themes are emerging around millennial parenting — and it has to do with encouraging their kids to feel their feelings, something many millennial parents felt their parents missed when they were kids.

RELATED: How to divvy up childcare equally

Miller said that when she “lets her kid’s emotions rule” — say, by standing back in silence while her child throws a tantrum before bedtime — she sees it as an important moment in her “parenting journey,” whereas Boomers would see this as an inconvenience that would result in a screaming match.

“Forty years ago, more parents were still being verbally tough with their kids, saying ‘Don’t be a baby,’ ‘You shouldn’t be scared,’ and denying their feelings,” Karp said. “And that’s something we’ve learned not to do.”

“She’s still going to bed — her tantrum doesn’t change that — but I give her the space to feel that frustration, and I let her know I see her and understand that right now she’s upset because she’s having fun playing and doesn’t want to go to bed,” Miller says.

Dr. Harvey Karp (a Baby Boomer himself), pediatrician and Founder & CEO of Happiest Baby, tells Salon the focus on emotions among millennial parents is one difference he’s noticed between how the two generations parent.

“Forty years ago, more parents were still being verbally tough with their kids, saying ‘Don’t be a baby,’ ‘You shouldn’t be scared,’ and denying their feelings,” Karp said. “And that’s something we’ve learned not to do.”

Crystal King, a 40-year-old parent of two toddlers and founder of Amazing Baby, tells Salon she also focuses on acknowledging “big feelings” with her kids.

“Many millennial parents have heard the phrase, ‘little people, big feelings,’ feelings that children have haven’t changed across generations, but the way that parents acknowledge them, has,” King said. “Millennial parents will take the time to understand why a child feels angry, sad, disappointed, happy, scared, etcetera, even if the child isn’t equipped with the vocabulary to provide a thorough explanation.”

Why the change? Indeed, compared to previous generations, millennials have faced more anxiety and depression diagnoses. According to 2018 statistics, an estimated 35 percent of millennials have received help from mental health professionals, compared to an estimated 22 percent of Baby Boomers. It’s not hard to make the connection to this generation’s focus on mental health and how that might translate to teaching their own children about emotions.

Karp says this difference in how the generations parent also speaks more broadly to the environment in which parents today have to parent today, which creates a need that parents have to be “everything” to their children. This “myth,” Karp says, is new to parenting.

“Of course, it is their responsibility in a small family when you don’t have other children or other caregivers, and it’s been especially hard during the pandemic where people are cut off from caregivers,” Karp said. “But the reality is that throughout the history of humanity, parents were not always the main caregivers.”

​Karp added that ​parents today face parenting with not only less help, but with less sleep.

“There are a lot more demands on people’s time now, in terms of entertainment, Instagram, computers, 5,000 channels on your television, et cetera, and I think that’s all kind of calling out for parents,” Karp said. “And so people feel exhausted trying to juggle all the balls that they think are necessary, and that’s led to less sleep for parents.”

​Karp said the shift, with millennials parents focusing on acknowledging feelings, can be a productive way to manage tantrums. In his book, “The Happiest Toddler on the Block: How to Eliminate Tantrums and Raise a Patient, Respectful, and Cooperative One- to Four-Year-Old,” he recommends speaking “Toddler-ese” to toddlers, which includes ​​short phrases, repetition and mirroring a bit of a child’s feelings. However, Karp warns that too much of a focus on discussing feelings can be inadvertently ineffective.

“I don’t care if my kids’ clothes match or if their ‘new’ bike is actually second-hand, but I will gladly spend my money on making memories and learning lessons.”

“The concept that parents have today about acknowledging feelings is to get down on their child’s level and calmly and lovingly acknowledge what their child is upset about, such as, ‘Sweetheart, I know you want more cookies, but we can’t have more cookies — we talked about this yesterday, you have to wait until after dinner then you can have more cookies.'” As Karp explained, this tactic won’t necessarily resonate with toddlers because they aren’t good with their “left brains” yet. “They’re very good with their right brain however, which is the fight or flight reflex, emotionality, recognizing a place and a face, musicality, bouncing to the music, and nonverbal communication.”

Karp recommends instead of saying ‘I know you feel mad about it,” to be more direct in validating a child’s feelings, and simply saying “you’re mad,” to validate their feelings.

Of course, a focus on feelings isn’t the only difference between how the generations are parenting differently. Leif Kristjansen is a millennial father of two kids. He tells Salon the biggest difference between how he parents his children, and how his parents raised him, is that he focuses on “experiences” rather than “things.”

“That means that I’d rather give a gift of a trip to the science center, or something we can build and create together, than yet another toy,” Kristjansen said. “I don’t care if my kids’ clothes match or if their ‘new’ bike is actually second-hand, but I will gladly spend my money on making memories and learning lessons.”

So, are these differences causing conflicts in families? Not necessarily.

“While we don’t clash on parenting styles, I do feel like my parents are still focused on my kids having ‘the right things’ which is fine by me as long as I balance it with why things are not important,” Kristjansen said.

Karp added it’s important for both Boomer parents and millennial parents to respect each other as the world of parenting continuously changes. 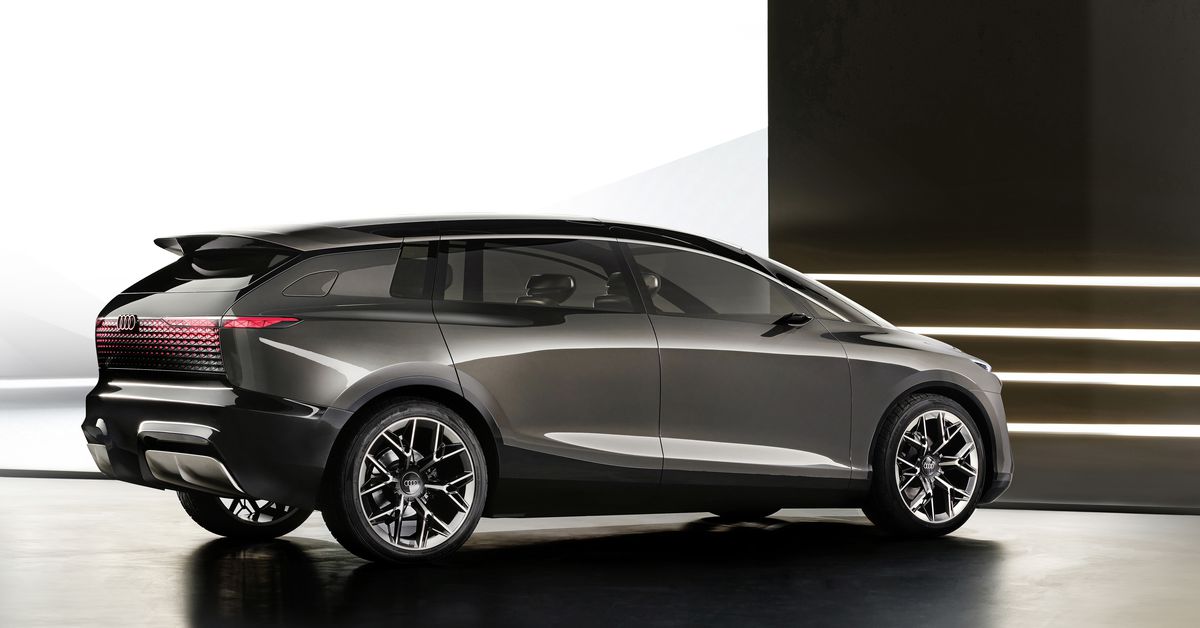 MORENO VALLEY, Calif. (KABC) — The parents of a newborn baby who was nearly kidnapped by a woman allegedly masquerading as a nurse inside a Moreno Valley hospital have hired an attorney. Attorney Paul Maineri held a brief news conference Thursday at his law office in Murrieta. He wouldn’t identify the parents of the child, […]

BROODY Love Islanders were treated to their first taste of parenthood last night as the annual baby challenge made its...

4 AS an adult, a random bout of hiccups can be infuriating and in some cases a little humiliating. And...

I need to phone him; that’s the only way to do this without sounding deranged. How do you explain to...

Mothers tend to become human encyclopedias around baby care having read every article or book and seen every video there...

Image via Pixabay Please Support Local Advertisers If you have young parents in your life, then it’s important to get...