How Fitbit, Whoop and Other Gadgets Are Measuring Brain Activity, Glucose and Sleep 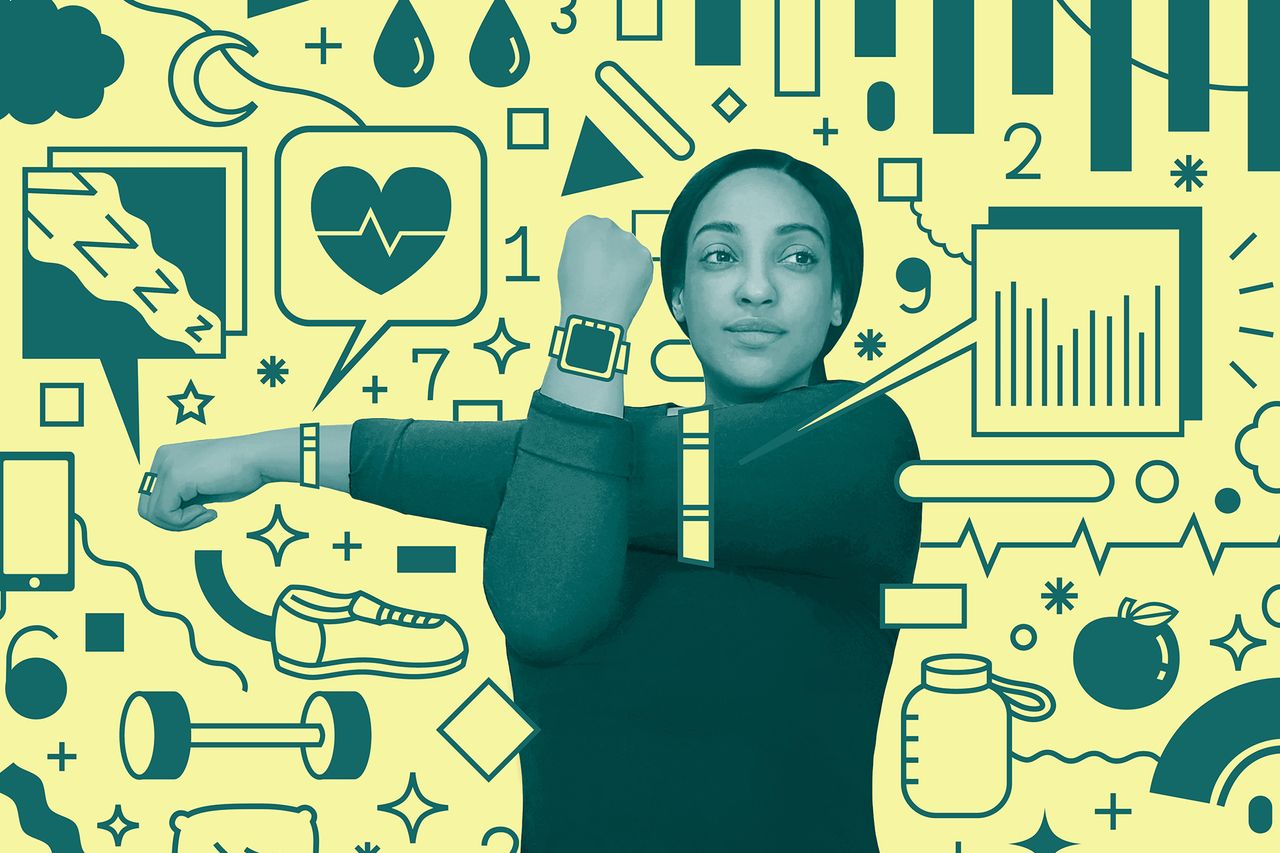 Since September, Jeanette Cajide has armed herself with an Elite heart-rate variability monitor. And a temperature-controlled mattress pad. And a Levels continuous glucose monitor. And an Oura Ring that also measures heart-rate variability along with resting heart rate, respiratory rate and temperature. “Yeah, I’m a little crazy on the devices,” says Ms. Cajide, director of strategy and operations at consulting firm Clareo.

She’s got good reason. After returning to competitive figure skating four years ago, she won a national competition. Then last September, she broke her leg while landing an Axel jump. Ms. Cajide, who is 44 years old, competes again in eight weeks—against many skaters half her age.

She is trying to override nearly nearly two decades as a “sedentary adult,” working in tech and investment banking. “I’m trying to make up for lost time. It’s me against time,” she says. “The sensors and data allow me to optimize for getting the most mileage out of my body.”

There is no escaping the Quantified Self movement. Measuring biomarkers used to be the preoccupation of extreme athletes and extreme geeks. No more.

“I think the attitude is shifting. The seriousness of the pandemic has made people realize that gosh, isn’t it a good idea to have a sensor,” says Michael Snyder, chairman of the department of genetics at Stanford University’s School of Medicine, whose research, among other studies, indicates data from smart watches—alterations in heart rate, steps and sleep—can be used to detect Covid-19 as early as nine days before symptoms.

Until relatively recently, health-minded people were excited to track their steps and heart rate. Now they can perform their own urine and blood tests, conduct body-fat scans and monitor their emotions. Soon they may be able to monitor their rate of aging to take steps to slow it down. Rings, watches, patches and apps that monitor biomarkers have taken off, buoyed by a pandemic that alerted everyone to “underlying conditions” they might not be aware of.

Fitness and tech companies, already adroit marketers, jumped on the opportunity, intriguing people like Ms. Cajide. They “have created this persona of somebody who’s striving and they’ve done a really good job of it,” says Joe Vennare, co-founder of Fitt Insider, which produces a newsletter and podcast and invests in health, wellness and fitness. Fitness-tech startups raised $2.3 billion in 2020, 30{09c3c849cf64d23af04bfef51e68a1f749678453f0f72e4bb3c75fcb14e04d49} more than the year before, according to market-intelligence firm CB Insights.

People who track their data are constantly sharing online. One recently tweeted a graph comparing her heart rate: “me walking alone, hauling it: 140 bpm vs. me walking normal with my friend:

Self-trackers often fixate on factors that might influence their performance. “It’s interesting to look at these things and learn about yourself. They can help you understand things you couldn’t unearth on your own,” says Chris Bailey, co-founder and chief technology officer of startup NatureQuant and an endurance mountain biker. He’s currently testing the Apollo Neuro, which isn’t a tracker, but is considered another bio-hacking device designed to increase heart-rate variability and optimize performance. Worn on the wrist or ankle, it is designed to reduce stress and recalibrate the nervous system using varying-frequency vibrations that can be programmed to make you more alert in boring meetings, focus better during cognitive or athletic activities and recover more quickly after physical exertion. Mr. Bailey’s early verdict: “It’s a little hard to tell. It helps with focus a little bit, maybe, but it’s certainly not something that 2Xes your performance.”

Individuals react differently to caffeine, pasta, late nights—almost everything. Last year, Whoop added a journal to its sleep-tracking app. In the journal, users can log more than 70 behaviors to see how, over time, they might affect sleep and performance. Activities include taking medication like Advil, drinking wine, reading before bed and having sex. In a podcast introducing the change, Whoop executives said users had frequently requested the sex-tracking feature. For some, sex can raise core body temperature which is counterproductive to sleep, the company explained, so you might want to take that into account the night before a big event.

As for alcohol: Not a good idea, according to Whoop. While many people think alcohol helps them sleep better, it disrupts the repair and recovery that is supposed to happen during slumber. It interferes with physically restorative slow-wave sleep and it “crushes” your mentally restorative REM sleep, Emily Capodilupo, now Whoop’s vice president data science and research, explained in a company podcast. It messes with your heart rate, suppresses recovery and increases the chance of injury.

When Ms. Cajide, the figure skater, heard about sleep tracking, she thought it was silly. “I don’t care what happens at night,’” she recalls thinking. Then she learned the significance of heart-rate variability—not heart rate, which is beats per minute—but the variance in the length of time between heart beats. HRV is a key indicator of how fit, recovered and ready you are to perform, and can be greatly affected by the quality of your sleep. “I went down the rabbit hole,” she says.

Now she wears a continuous glucose monitor—a patch attached to the underside of her arm. Its data displays on her phone, telling her what foods are spiking her glucose and how efficiently she is managing her energy. She programs the temperature of her mattress pad to gradually fall to 62 degrees in the middle of the night, to bring down core body temperature and thus positively influence her heart rate and HRV. So far it has gotten those metrics to their “best points mid-sleep ever,” she says.

She uses her Fitbit as an alarm clock because its vibration doesn’t spike her heart rate and scramble her metrics. Then she checks the data from her Oura Ring and compares it to that of her Elite HRV, “to make sure they’re giving me the same information.”

The information tells her how hard to train—whether she will attempt an Axel, the jump that resulted in her broken leg last fall. Her current program includes two. “On a good recovery day, I’m more comfortable taking risks,” she says. That is crucial because she has only recently recovered but competes again in just eight weeks.

Dr. Snyder at Stanford understands the obsessiveness. He wears four smart watches, two on each wrist, to figure out what variables are the best to measure and “also sometimes one will run out of batteries.” He believes Ms. Cajide’s kind of self-tracking is critical to the future of healthcare, saying, “If people really care about their own health, they are going to have to take charge.”

If you track your health and fitness data, what method do you use and why? Join the conversation below.

Deborah Szekely, the Godmother of Health and Fitness, is 100 years old and Here is What She Thinks About It! | Chaz’s Journal